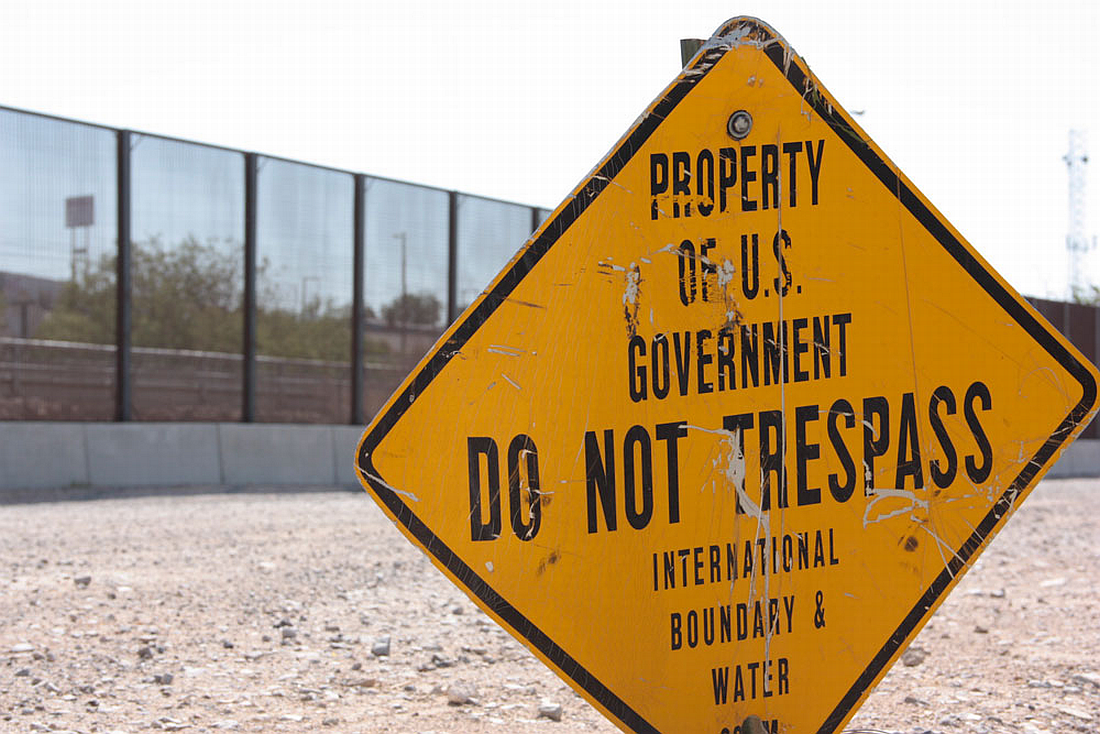 The American Left is outraged again and, as usual, at the wrong people for all the wrong reasons.

You likely have read or heard by now that the U.S. Border Patrol was forced to deploy pepper balls and tear gas against groups of caravan migrants who rushed the San Ysidro border entry point near San Diego on Sunday.

If all you consume is “mainstream” news you’ve also likely been told that’s the Border Patrol’s fault or, more specifically, POTUS Donald Trump’s fault because it’s his “policy.”

Neither of those assertions is true.

Yes, the Border Patrol did indeed use pepper balls and tear gas to disperse a large group of charging migrants. But they did so only after they were left with no other choice, as the Department of Homeland Security explained, Breitbart News reported.

“Today, several migrants threw projectiles at the agents in San Diego. Border Patrol agents deployed tear gas to dispel the group because of the risk to agents’ safety. Several agents were hit by the projectiles,” DHS said in a tweet.

Today, several migrants threw projectiles at the agents in San Diego. Border Patrol agents deployed tear gas to dispel the group because of the risk to agents' safety. Several agents were hit by the projectiles. The situation is evolving and a statement is forthcoming.

San Diego Chief Border Patrol Agent Rodney Scott said that personnel did not use tear gas, pepper balls, and other dispersion techniques until after his agents were attacked.

In an interview with The Daily Caller, Scott said, “Several agents were actually struck by rocks,” adding that mostly male migrants were using women and children as shields.

“What we saw over and over yesterday was that the group — the caravan, as we call them — would push women and children to the front and then begin, basically, rocking our agents,” he continued.

“They use women and children regularly,” National Border Patrol Council President Brandon Judd told The Daily Caller in a separate interview. (Related: The caravan trying to invade the USA is almost entirely military-aged males… almost no women or children anywhere.)

Left blaming this crisis on — who else? — POTUS Trump

Despite this, however, the progressive Left remained apoplectic — angry at the Border Patrol for protecting themselves and at POTUS Trump for trying to protect the integrity of U.S. borders.

“Tear gas and rubber bullets attacking asylum seeking families. Moms shrieking as they pour water on their kid’s burning eyes and others pushing baby strollers as they run in fear. This is America 2018. This is our government. Don’t look away, we must face what is happening,” immigration lawyer Lindsay Toczylowski tweeted.

“Using tear-gas against unarmed families seeking protection of the US government is a new low. All the millions of dollars spent at border militarization these past weeks could have been used to properly process asylum seekers at the US- Mexico border!” tweeted pro-immigration open borders activist Esmeralda Flores.

Others sought to blame what happened on POTUS Trump’s “racism.”

“This is a completely manufactured crisis driven by the racism of POTUS. It enrages me,” Princeton ‘professor emeritus’ Eddie S. Glaude, Jr. tweeted.

That particular statement seemed not just odd but completely misinformed. Having a liberal American minority throw down the race card when criticizing POTUS Trump is nothing new, but claiming that the president, and not the migrants themselves, “manufactured” this “crisis” is the epitome of allowing one’s ideology to reign supreme over one’s common sense and logic. The president isn’t responsible for this situation, the American Left is — for shunning immigration laws, creating “sanctuary” cities, and mainstreaming the notion that only America has no right whatsoever, as a country, to secure its borders and enforce its immigration laws.

The fact is, whatever negative encounters the migrants experience along the U.S.-Mexico border is no one’s fault but theirs. They have decided on their own to put themselves in a position to challenge U.S. border security agents and thus must accept the consequences of their own actions.

As for the American Left, they will never be satisfied until they have completely destroyed what remains of our nation’s history, culture, and heritage.

Read more about the invading migrant hordes at InvasionUSA.news.