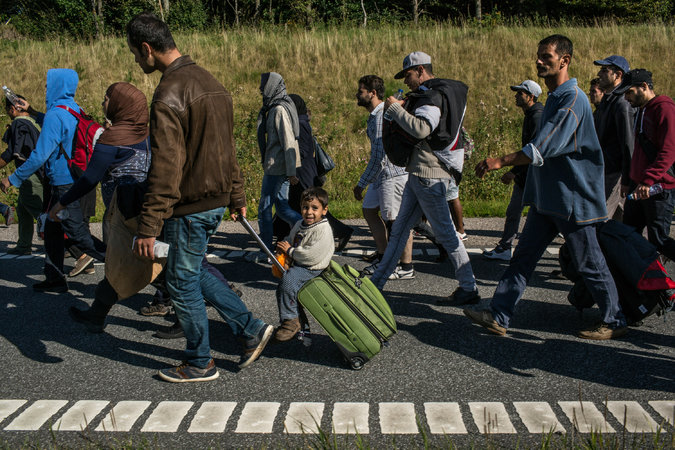 Astute observers have noted for years that Western culture is in danger of becoming extinct as liberal leaders have steadily pursued and adopted policies that are not conducive to self-preservation.

Aided and abetted by the entertainment industry, academia, and extreme Leftist ideology, European and North American countries are experiencing declining birth rates even as their nations are becoming inundated with people who do not share their societal, religious, or cultural values and who have no intention of assimilating.

The birth rates are declining because attitudes about rearing children have changed in response to Leftist societal influences that favor self-centeredness and self-achievement. Demographics are changing because Leftist leaders averse to perpetuating traditional values and mores they don’t agree with are inviting hordes of mostly poor, destitute migrants into their countries, often in selfish pursuit of building or expanding their power base.

These types of policies are contributing to national cultural suicide throughout the West, but the condition is far more advanced in Europe.

As noted by Paul Craig Roberts, who served briefly as the United States Assistant Secretary of the Treasury for Economic Policy under President Reagan, the European Left has destroyed the traditional concept of “patriotism” and replaced it with something outright sinister. No longer does the term translate into love of country and the desire to put one’s own country’s interests above all others. Today, the European Left equates the term with a near-lethal form of “nationalism” and ‘white supremacy’ of the kind demonstrated by Nazi Germany’s Adolph Hitler and Fascist Italy’s Benito Mussolini.

“Throughout Europe the word ‘patriot’ now designates a person who supports the destruction of their country’s ethnicity by non-white immigration. The meaning of patriot in the old senses now means ‘nationalism,’ ‘far-right’ and ‘white supremacy,’” he wrote. (Related: College entrance test scores collapse across America as dumbed-down liberal education system teaches “social justice” instead of thinking skills.)

Germany dying faster than the rest

The reigning view today is that people of European descent are so evil that they must be replaced by people of color. The traitorous leaders of Western countries are working to bring this about. It is the main goal of the EU and the U.S. Democratic Party, which is now the political party of Identity Politics, a doctrine of hate that preaches that only people of European descent are guilty. And, except for Hungary, the haters of white people are succeeding throughout the Western world. U.K. Prime Minister May sold out the British people by pretending to exit the EU while in fact subjecting the British people to EU dominance.

Germany is rapidly becoming largely non-German. Under the leadership of Chancellor Angela Merkel, Germany has led EU members in granting asylum to second- and third-world migrants from North Africa and the Middle East, the vast majority of whom are Muslim and do not share Western cultural, religious, or societal values — and aren’t going to start accepting or sharing them anytime soon. Germany was followed by Italy, France, and Greece.

In terms of sheer numbers, Greece and Italy have taken in the most migrants and refugees, with numbers peaking in 2015.

“What remains of German DNA will now be watered down by the mass invasion of Germany, with the German government’s support, by Islamic peoples from the Middle East and Northern Africa. These ‘refugees’ are the product of Washington’s wars supported by Merkel, who obviously hates Germany,” Roberts writes.

Whether it is a conspiracy or not, European culture is steadily being erased, he notes further. And the same seems to be happening in the U.S., as the Left increasingly pushes the notion that majority whites are the problem — especially POTUS Trump “deplorables.”

As a growing population has long been the mark of healthy nations and rising civilizations, falling populations have been a sign of civilizations in decline. If that holds true, Western civilization, power and wealth aside, is in critical condition.

Read more about the dying depopulating West at Depopulation.news.