Win or lose, it’s time for America to push back against the incivility, lawlessness and fraud of the political Left 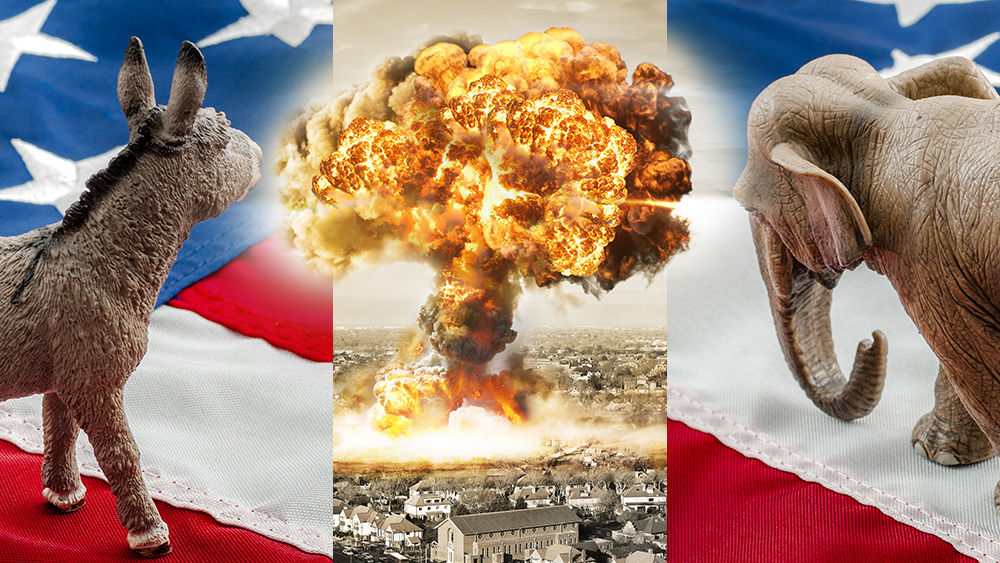 Whether real America wins or loses the mid-term elections, it’s time to push back against the incivility, lawlessness and fraud of the political Left.

Over the last two years, the Left has devolved into a deranged, hate-filled tribe of deranged bigots who despise America and quite literally want to see it overrun and destroyed. They believe the American flag is “racist,” they believe the Constitution is obsolete, and they think Trump supporters are “actual Nazis.”

More importantly, they reject ever pillar of civil society, including due process, the rule of law and basic civility. Yes, they even hate cops, and many left-wingers openly call for shutting down all federal prisons and releasing violent prisoners onto the streets of America.

Leftists in America today are radicalized followers of a destructive brand of political fanaticism that smacks of brainwashing and cult-like irrationality. If they don’t get their way, they will resort to violence, censorship and oppression. And since they tell themselves they are fighting “actual Nazis,” they believe they’re justified in using any means necessary to achieve their goal of the complete destruction of America and its patriotic citizens.

In every way, the Left in America today is at war with the American people. They quite literally favor illegals over U.S. citizens. They actively seek to dismantle the U.S. border and flood the country with millions of illegal foreign nationals. Even worse, many of the most extreme Leftists are now calling for total government control over all businesses and the ending of the free market.

The world has tried that already, you numbskulls. It’s called Venezuela.

Win or lose, it’s time to push back against the insanity and lawlessness

As I cover in my video below, Left-wing radicalism is flatly incompatible with civil society. We cannot exist as a sustainable nation as long as the current brand of radical Leftism is given any room to breathe.

That’s why it must be suffocated, dismantled and destroyed, politically speaking. It’s time to defeat Democrats, crush the DNC and force every left-wing radical to realize all their crybully self-victimization and bigotry isn’t going to win them political power. If they hope to govern, they are going to have to grow up and start behaving like mature adults, not whiny hyper-privileged children who have never been told “No!” in their entire lives.

Democrats across America think they can scream their way to political power by calling everyone they don’t like “bigots,” racists and Nazis. It’s time to tell them to shut up, grow up and learn to coexist in civil society. The best way to send this message is to vote against the Democrats in every election and strip them of all political power.

In the next few days, I’m going to be releasing a 20-point plan for how to push back against deranged Democrats and send their failed ideology to the scrapheap of history. Watch NaturalNews.com for full details of this announcement. Videos will be posted on Counterthink.com.

Get a taste of what’s to come in my video, below, from Brighteon.com:

Also see this video, revealing how Democrats have become the party of mass mental illness: