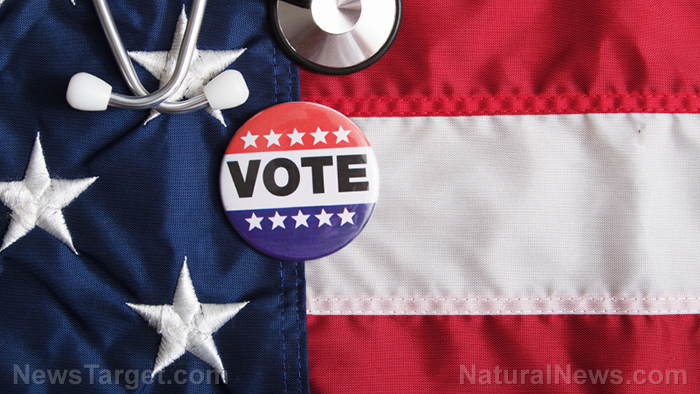 The anti-speech tech giants have combined forced with the fake news media (CNN, NYT, WashPost, etc.) to steal the mid-term elections and overthrow democracy in America. In effect, they have already carried out massive election meddling and fraud on a scale the “Russians” could even dream of.

Since President Trump won the election in 2016, there has been a concerted, highly organized and well-funded effort to overrule the American people and remove Trump from office by any means necessary. This effort has been pursued via:

These acts represent nothing less than massive, coordinated election meddling and election fraud, which is a felony crime under U.S. federal statutes. Why are the tech giants and anti-America left-wing media allowed to wage this war on democracy and carry out highly illegal acts that deprive the American people of their democracy?

That’s the topic of my latest Counterthink episode which asks, “Will Trump declare the mid-term elections to be a FRAUD?”

As I state in my video, the mid-term elections should probably be delayed until the censorship of conservatives is lifted. No election can truly be “fair and free” in America if half the nation is no longer allowed to speak because of the biased, unfair censorship being carried out by left-leaning tech companies.

If the Democrats win the House in these mid-term elections, it will have only been achieved through massive fraud and election meddling. If the Republicans manage to hold the House, it will only be due to a massive public revolt against the unfair tactics of censorship and fraud being constantly pursued by the dishonest, despicable Left in America today.

Watch the full episode for details: (and see all previous episodes at Counterthink.com)

See tens of thousands of other videos at Brighteon.com.