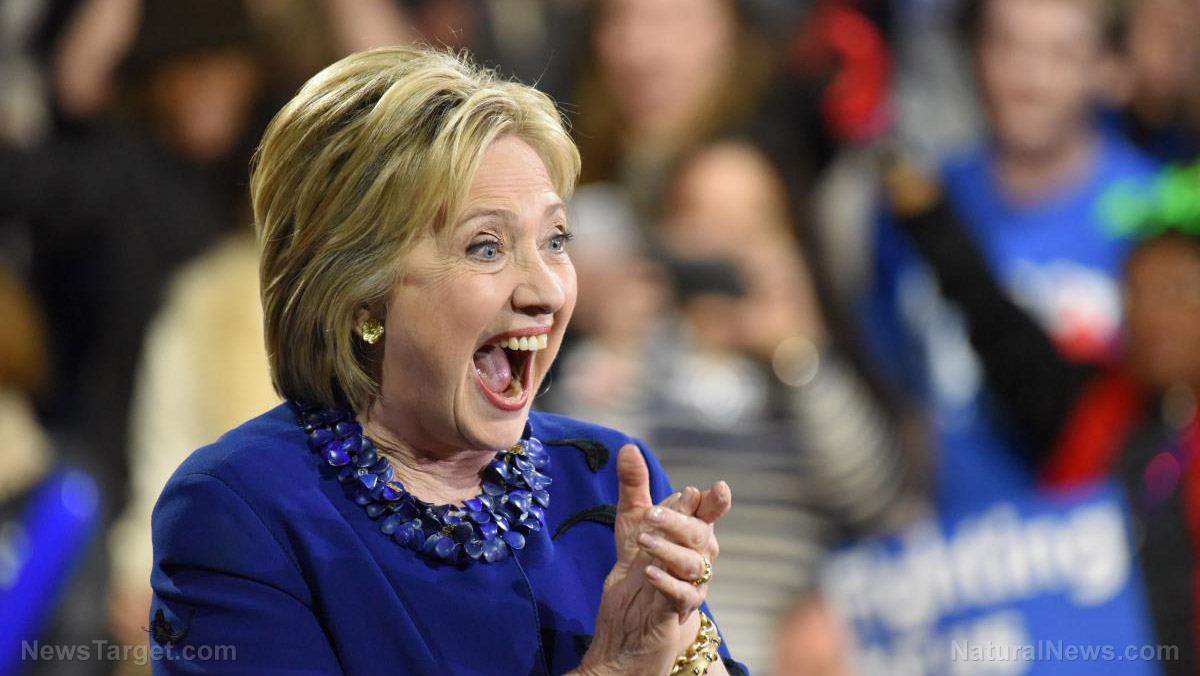 Prior to winning the 2016 presidential election, Donald Trump had a lot to say to the media about the corrupt Clinton Foundation – and none of it was good.

In a segment that aired on Fox & Friends, archived and available for viewing today at Brighteon.com, Trump was asked whether or not the Clinton Foundation should be shut down. This is what he said:

“Countries that influenced her totally. And also countries that discriminate against women and gays and everybody else. I mean, that money should be given back, they should not take that money.”

When asked whether or not it would actually happen in time, then-candidate Trump reiterated what he said previously.

Around the same time that Trump gave this interview with Fox & Friends, the Trump campaign issued an official memo stating that “[I]t is now clear that the Clinton Foundation is the most corrupt enterprise in political history.”

“It’s been really well-documented in the book, and the book has been absolutely approved by so many people,” Trump added during the interview. “You’ve had accounting firms going in there, you’ve had so many people going in, and it’s pay-for-play.”

In conveying the concept of pay-for-play for listening audiences, Trump put it into the simplest possible words.

“So many things happen, money is paid, and then all of a sudden lots of good things happen for those paying the money. Very, very bad situation.”

“These are people that have skirted the law for a long time. Hard to believe that somebody like this has a good chance, a fairly good chance, of being president.”

Dear, President Trump: when is the Clinton Foundation going to be shut down, and when is Hillary going to prison?

Thankfully, Hillary Clinton did not win the presidency. But more than two years later, the Clinton Foundation is still up and running even with Trump at the helm. Hillary herself is still not in prison, either.

While now-President Trump appears to have kept many of this campaign promises, many of his supporters are wondering when, exactly, he’s going to finally get around to “locking her up!”

While he’s at it, the President should also lock up James Comey, Robert Mueller, Peter Strzok, Barack Obama, and the countless other “swamp creatures” that continue to roam the streets as constant threats to patriotic Americans.

It it means getting rid of staunch prohibitionist and private prison investor Jefferson Beauregard Sessions III, our alleged Attorney General, then so be it. Because, thus far, nothing particularly noteworthy has happened on the justice front.

There was, however, an arrest recently made of a U.S. Treasury employee who’s being charged with leaking the phony Russian dossier to the far-left, clickbait spam website BuzzFeed News.

Reports indicate that Natalie Mayflower Sours Edwards is the suspected leaker of confidential documents that helped fuel the “Russian collusion” conspiracy theory that’s been continuously waged against President Trump by the fake news media since before he was even inaugurated.

As the hammer of justice gets dropped here and there concerning such matters, will the American public see it finally slam down on the kingpins that everybody who loves this country has been anxiously awaiting to happen since January 20, 2017?