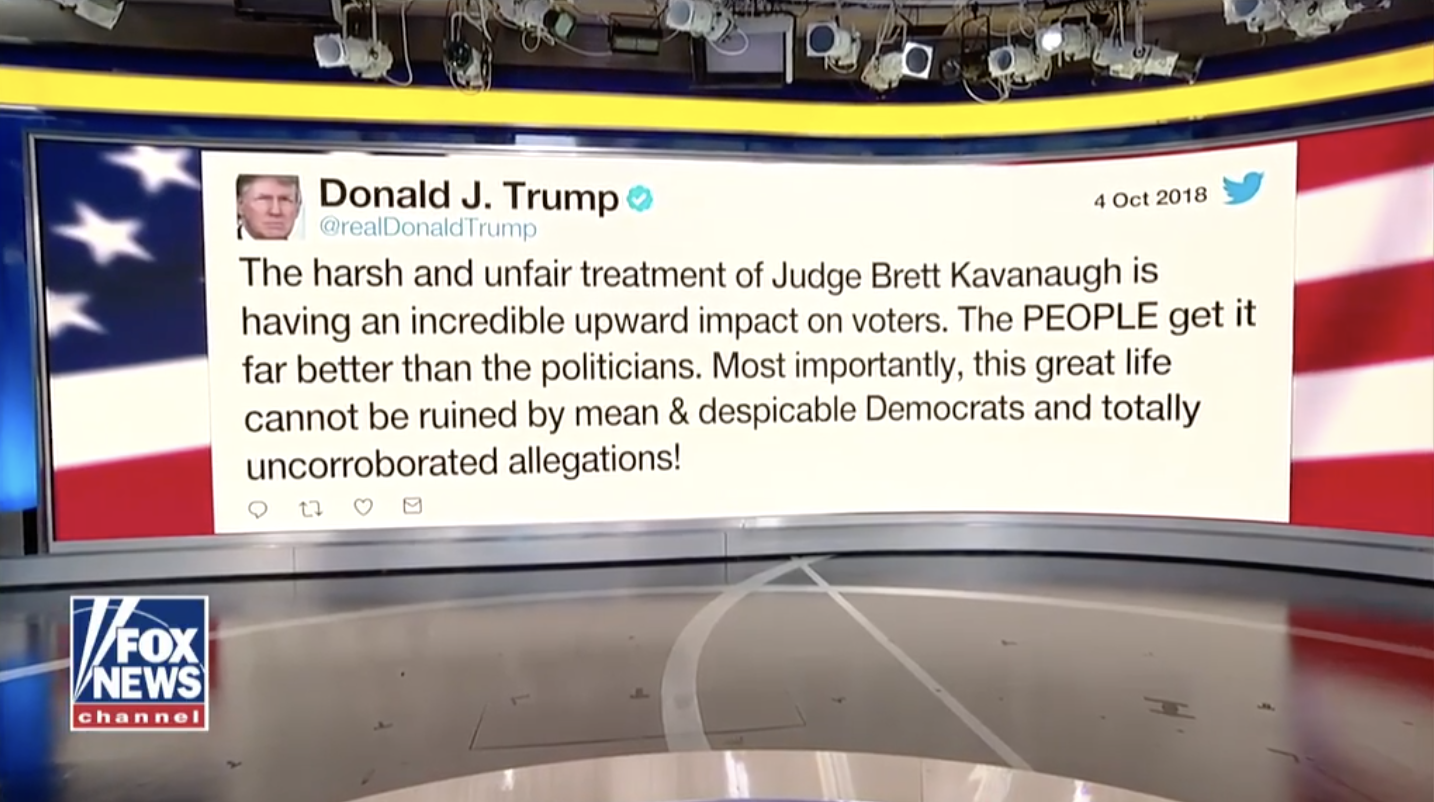 The FBI has finished its probe into accusations of sexual misconduct and assault against Supreme Court nominee Brett Kavanaugh, marking the seventh background investigation of the noted jurist since he entered federal service decades ago.

The investigation was nonsensical and unnecessary, given that it was requested by Senate Judiciary Committee Democrats and agreed to by the panel’s GOP leadership. Unnecessary because the Senate already had the information that the FBI re-examined, and the Senate, not the FBI, is constitutionally responsible for giving advice and consent (or not) to all judiciary nominees.

Nevertheless, the deed is done and while Democrats are still complaining that the probe wasn’t long enough, thorough enough, and didn’t involving interviewing enough witnesses, squishy Republican senators who were balking on Kavanaugh’s confirmation – we’re looking at you Sens. Jeff Flake and Susan Collins – are satisfied that the investigation was sufficient and exonerating for Kavanaugh.

So, what about the accusers? What’s to be done about them? One noted constitutional law professor – a professed liberal, nonetheless – thinks at least one of them ought to face legal trouble if it’s discovered she lied about her allegations (under penalty of perjury).

In addition to backing down from that claim, NBC News, to its credit, reported that it could not corroborate her story with anyone she said was a witness to said events.

In a sworn statement, Swetnick says she was victimized by one of these ‘rape trains’ in 1982 when Kavanaugh and friend Mark Judge were present. Now, however, it appears that she may have fabricated elements of that story – or the entire thing – and if so, says law prof Alan Dershowitz, she should be held legally liable for it. (Related: Mitch McConnell vows: GOP ‘will not be intimidated’ by unhinged Kavanaugh haters.)

“She belongs in a court of law”

“I have done some research on it and there are some ethical and bar rules that say when you submit an affidavit even to Congress and you later learn that there are things in the affidavit that are false you have a continuing obligation to withdraw the affidavit,” Dershowitz told Fox News’ Tucker Carlson Wednesday.

“You cannot allow an affidavit to remain on the record if you have information suggesting it’s false… She has to be investigated independently of the background check, criminally investigated to see if she deliberately and willfully… made a decision to frame somebody that he had nothing to do with,” he continued.

“The evidence seems to suggest they never knew each other. They were years apart. They were operating in different circles. It wouldn’t surprise me if an FBI investigation proved they never met each other. And if that turns out to be the fact, she belongs in a court of law being prosecuted, with the presumption of innocence. But if the evidence shows she committed perjury, prison.

You can’t be much plainer than that.

Swetnick, recall, has had ‘issues’ in the past, including – according to an ex-boyfriend – harassment and threats of physical violence. She’s also had tax issues with the IRS. And she’s been involved in at least a half-dozen lawsuits in the past, including “accusations of making ‘unwanted sexual innuendo’ at her former workplace,” The Associated Press reported.

Is Swetnick the only accuser who may be in legal jeopardy for giving false information under oath? What about the first accuser, Christine Blasey Ford? All of the witnesses she claims were present during an alleged ‘groping’ incident by Kavanaugh have said they never saw the nominee do anything like that.

If some of Kavanaugh’s accusers have broken the law in accusing an innocent man, then Dershowitz is right – they must be prosecuted.

Read more about the Left-wing attacks on Kavanaugh at Libtards.news.