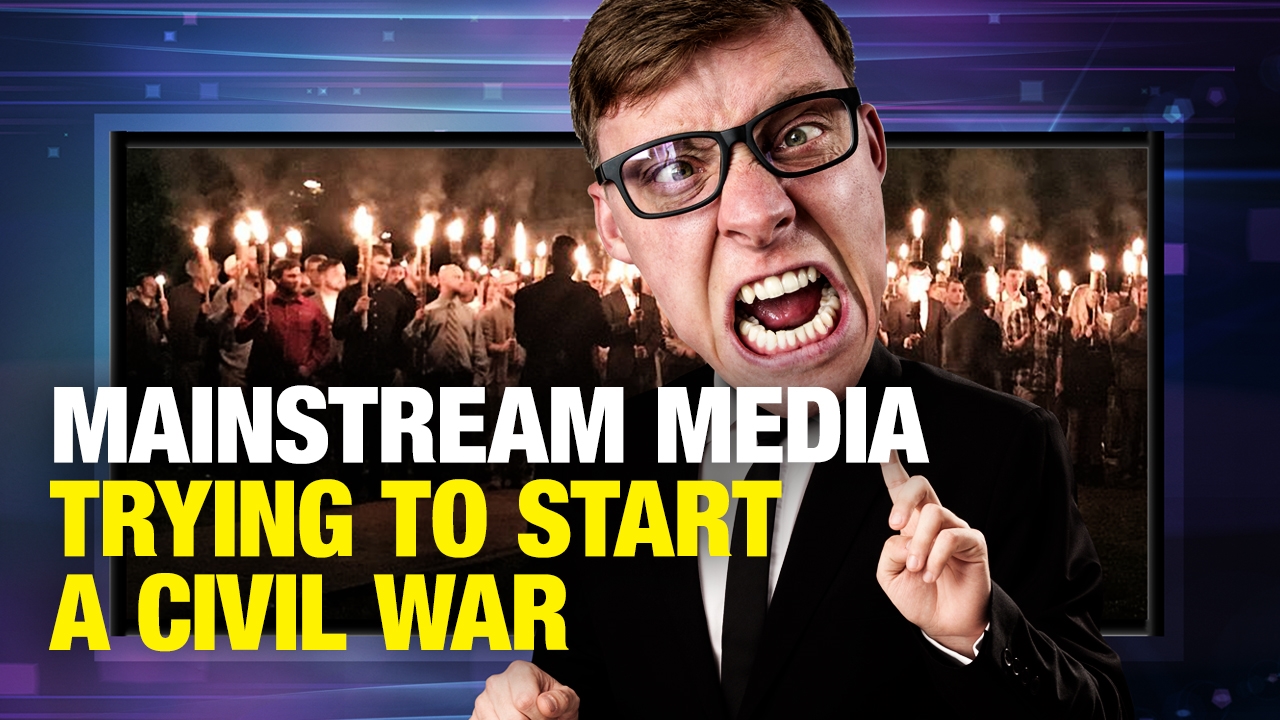 When major news organizations become complicit in advocating mass violence against select demographics of people with specific beliefs, these news organizations can no longer be considered “the press.” The left-wing media pundits, now advocating violence against conservatives and Trump supporters, are vile civil war operatives and should be stripped of their broadcasts. The leftist media have become an enemy of the people, full of delusions, while antagonizing violent action against their political opposition. Looking to divide and destroy the country using their network propaganda, CNN, MSNBC, The Washington Post, and the New York Times, has destroyed democracy and the integrity of the free press, misleading the emotions of liberals to take part in violence, not civil discourse.

For so long, the left wing media tried to paint Donald Trump as some hateful divisive racist xenophobe. The opposite has been proven true. The left are the ones interrupting Trump rallies with organized hatred and violence. Silicon Valley’s elite left are the racist ones, censoring conservatives on Google, Facebook, Twitter, etc. The left-wing media props up leftist lunatic politicians like Maxine Waters, who advocates chaos and violence toward Trump and his administration. Conservatives and republicans have survived politically motivated assassination attempts. Republican Scalise survived the mass assassination attempt in July 2017, carried out by a politically motivated leftist. Senator Rand Paul endured a violent attack at his own home, as other Republicans face continuous harassment from the violent left. Breitbart has documented 550 instances where the left has violently attacked Trump supporters. A GOP congressional candidate was recently attacked by a leftist wielding a switchblade. An arsonist lit up a GOP campaign office two days after it was built. A Broadway actress even openly called for the assassination of the president.

The left-wing media has repeatedly condoned the actions of domestic terrorist groups such as Antifa, while trying to paint Donald Trump as the one responsible for violent engagements.

CNN airs journalists such as Carl Bernstein, who says our country needs to be “saved” from Trump. CNN continuously smears Trump as “delusional” and “psychologically unfit to be President.” The angst of the left wing media is incredibly annoying to any sane American, but desperate, emotional liberals hear the broadcasts and become infatuated with hate and violent thoughts. For this reason, the left wing media is fueling an assassination of the President and his administration.

The New York Times op-ed that tried to paint Donald Trump as a madman was released in sequence with Bob Woodward’s publicity stunt book, which tries to make Trump look like a fear-mongering, hateful dictator. All these attacks call for or imply the removal of Trump from office.

The left-wing media’s constant airing of character assassinations toward conservatives and Trump supporters has polarized politics to a state of violence. Instead of debating actual ideas, despot organization such as CNN and MSNBC have resorted to mocking independent media when they are censored by Silicon Valley’s elite left. Instead of having credible sources to back up their threats, the left wing CNN and New York Times have continuously fanned the flames of violence toward Donald Trump and his supporters.

But actions speak louder than words

Remarkably, and this may be the greatest accomplishment of the President and the surest sign of the integrity of his supporters: The Trump administration has remained tough, steadfast, continuing to move forward with the greatest stock market gains, lowered taxes for all Americans, the resurrection of American industry, the lowest unemployment rates on record for all minorities, and never wavering from the vision of greater safety for Americans at the border and improved foreign relations abroad.

Heads held high, Trump supporters have yet to engage the left with the violence that has already been directed their way and espoused through the left-leaning networks. This strength, in the face of contemptuous media lies and political deceit, is America becoming great again, as the left-wing media disintegrates under the weight of its own malicious lies.

For more on the strengths of the Presidency, visit Trump.News.