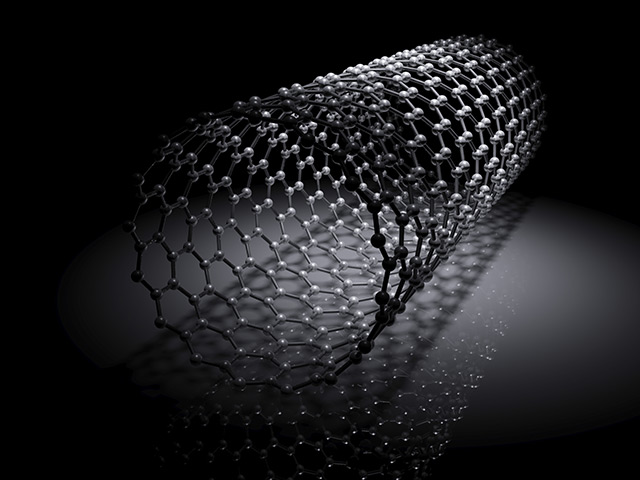 In an article in NanoWerks, Japanese researchers successfully tuned carbon nanotubes in order to create terahertz detectors that can flex and wrap around body parts. Their results could lead to the eventual use of terahertz electronics in wrap-around devices, wearable technologies, and photonic devices that cover large areas.

Carbon nanotubes are a type of carbon that has a different nanostructure than their base element. In the case of carbon nanotubes, the molecules are shaped like cylinders, giving them distinct physical properties and making them into very good electrical conductors.

Their high conductivity makes carbon nanotubes an excellent choice of material to build the new generation of high-performance electronics devices. They show special promise in enabling terahertz technology, which uses electromagnetic waves in the frequency range of .03 to three terahertz to achieve higher performance than devices that are restricted to lower frequencies.

Terahertz detectors are starting to compete with older imaging systems when it comes to scanning airport luggage, inspecting the freshness of food, and ensuring the authenticity of valuable artworks. The new devices can also be used in sensor technology that monitors the environment and the health of patients for the slightest of changes.

More industrial customers are expressing their need for terahertz detectors that can provide imaging capabilities in real time. To this end, researchers are working on imaging systems that are cheaper and physically flexible. (Related: Engineers create a type of e-skin that restores the sense of touch for amputees using prosthetics.)

Tokyo Institute of Technology (Tokyo Tech) researcher Yukio Kawano is one of the acknowledged experts on terahertz technologies. His accomplishments include the development of wearable terahertz technology using multi-arrayed carbon nanotubes, which he reported in 2016.

From there, Kawano and his colleagues went on to investigate all kinds of carbon nanotube materials for the ability to detect terahertz frequencies. They believed that many of these candidate materials could be tweaked in order to meet the requirements of industrial customers.

Their research eventually led to their development of flexible terahertz imagers for carbon nanotube films. The carbon nanotubes can be tuned through chemical means to get the most performance out of them.

In a paper published in the journal ACS Applied Nano Materials, Kawano explained that the new terahertz imagers were made from semiconducting carbon nanotube films. His team used ionic liquid gating to modulate the charge-carrying properties of a material. The technique gave them excellent control over the carbon nanotube film’s ability to detect terahertz frequencies.

The nanotube film was a mere 30 micrometers thick. Thanks to this thickness, the imagers can keep their flexibility and free-standing shape.

The Fermi level is a measure of the electrochemical properties for electrons. It determines the electrical and thermal properties of a solid. Meanwhile, the p-n junction is the interface between positive and negative semiconducting materials. They are the junctions that enable semiconductor electronic devices.

The flexibility of the new terahertz detector can possibly be improved through fine-tuning processes that can extend the range of these and other carbon nanotube-based devices in the feature. In addition, inkjet coats and other forms of affordable manufacturing methods could make it even easier to build a terahertz imaging device anywhere it is needed.