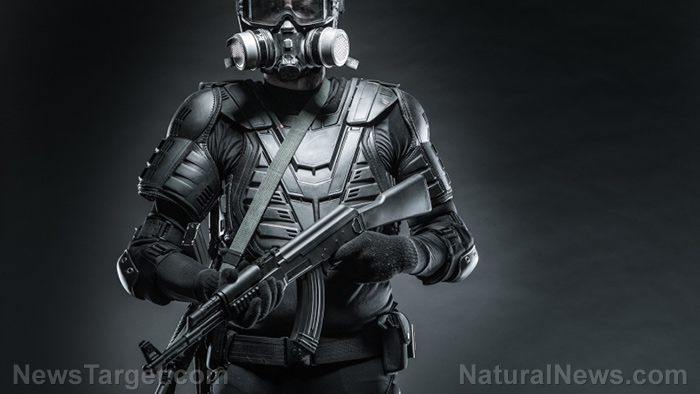 When you think of body armor, no one would blame you for conjuring up images of knights clad in plate armor so bulky that they can barely move. Of course, it was a small price for them to pay for the protection it offered. Modern protective wear isn’t quite as bulky, but it’s not exactly lightweight, either. Body armor has evolved quite a bit since the Middle Ages, and now it’s set to undergo yet another transformation thanks to a new material called diamene.

According a recently published paper in Nature Nanotechnology, this substance is made up entirely of carbon, much like diamonds or graphite. However, the specific arrangement in which it is placed gives it properties that make it remarkably durable considering how thin it is.

The City University of New York’s Advanced Science Research Center carried out the studies that led to its development. Lead Researcher and Physics Professor Elisa Riedo commented that it is the thinnest film possessing the hardness and stiffness of diamonds to ever be created. She said that past tests using graphite or single atomic layers of graphene yielded a very soft film when pressure was applied, but once the graphite film was precisely two layers thick, the material under pressure got very hard and even stiffer than bulk diamond.

In other words, their carbon material is similar to film, yet it will harden significantly when it’s struck, changing into a diamond-like phase and not allowing the striking object to pass through it. In fact, the researchers have confirmed that fast-moving projectiles like bullets will not pass through their material. On top of that, they noted a drop in electric current during the transition process, so they believe it could even conduct electricity.

In addition to being used as an extremely light bulletproof armor, it could also serve as a water-resistant protective coating.

The researchers first theorized this development using computer simulation to test out the results they might get. Then, they used an atomic force microscope to apply the pressure to the two-layer graphene, and they discovered that their calculations were correct. This effect only occurs when there are precisely two layers of graphene; more or fewer layers do not get the same results.

First isolated in 2004, graphene is made by stripping graphite down into single layers of atoms that are bound in hexagonal networks. It is known for its flexibility and toughness; it is an incredible 200 times stronger than structural steel. It is considered an efficient conductor of electricity, and it is a solid barrier that doesn’t allow even the lightest gases to pass through it. Some experts say it could eventually be used to make biomedical sensors and lightweight aircraft.

Diamene has a lot of potential

This new application of graphene could prove to be a real game-changer and even save lives, but there are still a lot of questions that need to be answered. How difficult is it to produce, and can it be made at scale to be sold commercially? If so, how much would it cost? Would it be within reach of the average consumer? What other applications could this new material be used for? It’s likely that more extensive research will be carried out into this promising material.