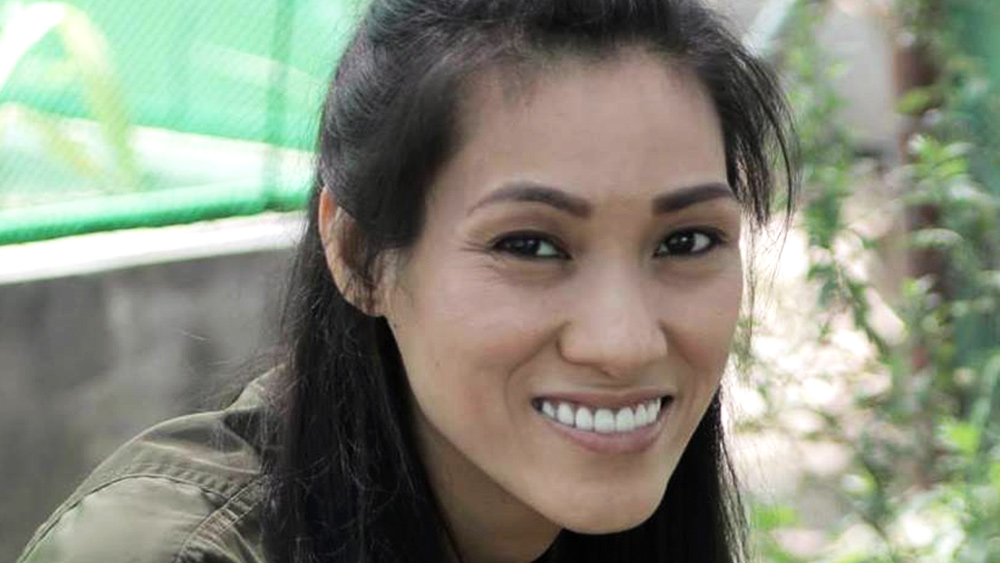 Dr. Farrah Agustin-Bunch of the DFAB Natural Medical Center in the Philippines has been subject to an armed government raid that effectively shut down her facility, sending hundreds of patients to the streets.

Widely known for helping cancer patients heal and beat cancer without resorting to toxic chemotherapy or radiotherapy, Dr. Farrah has become something of a health care legend in the Philippines, with fan sites like DrFarrahCancerCenter.com touting her successful holistic treatments. (Running afoul of the for-profit cancer industry, of course, gets you targeted by pharmaceutical operatives who depend on a steady stream of sick patients for their profit models.)

Dr. Farrah is a licensed medical doctor with over three million followers on her Facebook page. She promotes nutritional therapies and avoidance of toxic medications or chemotherapy. Because of her advocacy of natural medicine, she has been demonized, terrorized and now death-threated by pro-pharma elements working in conjunction with the FDA of the Philippines government.

“Today, the lives my children, my patients and I were threatened if I remain open,” she wrote in an August 19 Facebook post. “I need to temporarily close for the safety of my kids and patients. This breaks my heart to do this.”

Natural News interviewed Dr. Farrah to get the full story. The entire interview is shown below, via Brighteon.com where it cannot be censored by Facebook or YouTube. (YouTube and Google are now censoring natural health videos and websites, of course, to protect the profits of the toxic cancer industry.) See the interview at this link.

The following screen shot from the video shows one of the death threat warnings received by Dr. Farrah, where the message warns, “they are putting a team together to take out your whole family.”

This is consistent with the death threats against holistic doctors that have been exhaustively documented by Erin Elizabeth at HealthNutNews.com. 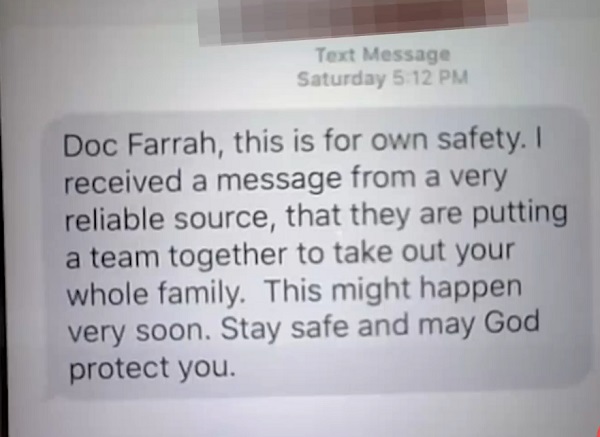 Doc Farrah, this is for own safety. I received a message from a very reliable source, that they are putting a team together to take out your whole family. This might happen very soon. Stay safe and may God protect you.

As Elizabeth writes about Dr. Farrah being raided at gunpoint:

This amazing doctor, who had a world-famous clinic where patients could be seen for free, had to suddenly close its doors.

Forced to flee for her own safety

Natural News has learned that Dr. Farrah was forced to flee for her own safety. We are aware of the fact that she and her family are currently safe from imminent physical harm, having moved themselves out of harm’s way.

Her efforts are under way to help defend health freedom in the Philippines, where hundreds of people die every day from the considerable pollution found across the Philippines’ large, crowded cities.

Dr. Farrah has launched a GoFundMe page at this link to help raise funds for the legal defense of patient choice when it comes to natural medicine:

Watch the full interview with the Health Ranger here: