Did Democratic Senator Tester BRIBE Native Americans to vote for him? 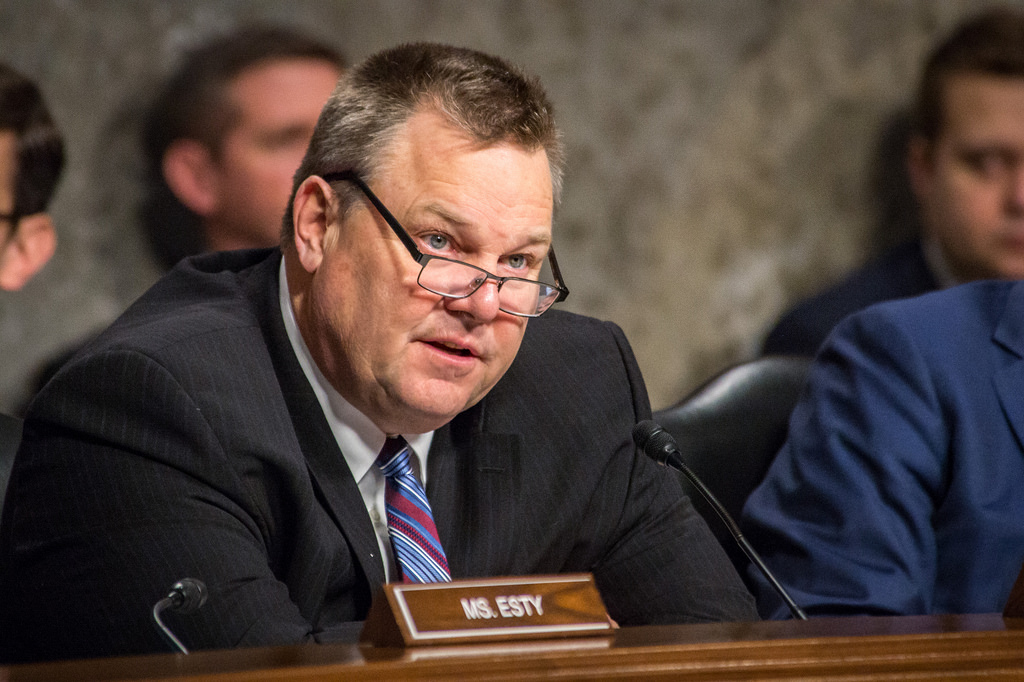 POTUS Donald Trump carried the state of Montana by nearly 56 percent to Hillary Clinton’s 34.5 percent, so it’s safe to say he’s popular there. That’s why political scientists and analysts are watching to see if the president’s popularity will impact Sen. Jon Tester, a Democrat who’s up for reelection in November.

Naturally, Democrats are watching the race closely too, and some polls show Tester and his Republican challenger, Matt Rosendale, dead even.

Tester, who was singled out for criticism Thursday night during a campaign event in his home state attended by the president, has begun talking up his cooperation with POTUS Trump on veteran’s issues with a TV ad that started running ahead of the president’s appearance on behalf of Rosendale.

He must know he’s vulnerable. But the ad isn’t the only indicator of that.

In an interview with James White of the “Critical Disclosure” podcast, Chris Kortlander, founding director of the Custer Battlefield Museum and owner of the historical town of Garryowen, MT. – where the Battle of Little Big Horn began in 1876 – talked about findings he wrote about in his book, “Arrow to the Heart,” regarding an alleged vote fraud scheme used by Tester to win his Senate seat.

Kortlander, a former law enforcement officer, says that in 2006 when Tester was first running for the U.S. Senate, he was allegedly involved in a vote fraud scheme that helped him claim victory over long-serving Republican Sen. Conrad Burns.

The author said that the voting district for the Crow Nation was the last to report its ballot results that year and that Montana was, in turn, the last state to report nationally.

“What happened” in the Crow Nation “basically tipped the scales in the Senate” from GOP control to Democratic control said Kortlander, adding that most of the 3,100 votes from the district went to Tester.

So, where was the federal government?

How did the scheme work? He explained that after the election members of the Crow Nation would bring $40 checks to his business to be cashed that he alleges came from the Tester campaign, via the Montana Democratic Party.

The checks, Kortlander noted further, were issued in exchange for Crow votes. (Related: Researcher claims a ‘TSUNAMI’ of voter fraud coming in 2018 midterms.)

“The Tester camp was at the polling place, outside the front door, within 50 feet and they were asking Crow Indians for their vote and rewarding them with a $40 check,” he alleged.

He also said that after the election, “eight people” came forward and said they were willing to sign affidavits attesting to the “voter fraud.”

“What happened is, the Crow Precinct is on Indian Tribal Trust property,” which means the federal government “holds that in trust for the Native Americans,” said Kortlander, adding that not all state and federal laws apply to the tribe.

“It’s really a twilight zone here because, technically, when it comes to a [Native American], there probably wasn’t any laws broken,” he noted. “But as far as the Tester campaign being” on Crow land “writing checks to Native Americans, absolutely that’s a violation of Montana law.”

Kortlander says he made photocopies of the checks that he cashed, and that he’s passed them along to state officials and some in the media.

Prior to the 2006 election, Kortlander said the U.S. attorney for the region ran a full-page ad in the Billings Gazette stating his office would vigorously pursue any allegations of vote fraud. But “after 17 calls to his office,” said the author, “I never saw one FBI agent.”

Obviously, nothing was ever done to negate Tester’s election victory because he’s still serving and, in fact, won reelection in 2012. Hopefully, Montana voters will get some justice in November if he loses his reelection bid to Trump-endorsed Rosendale.