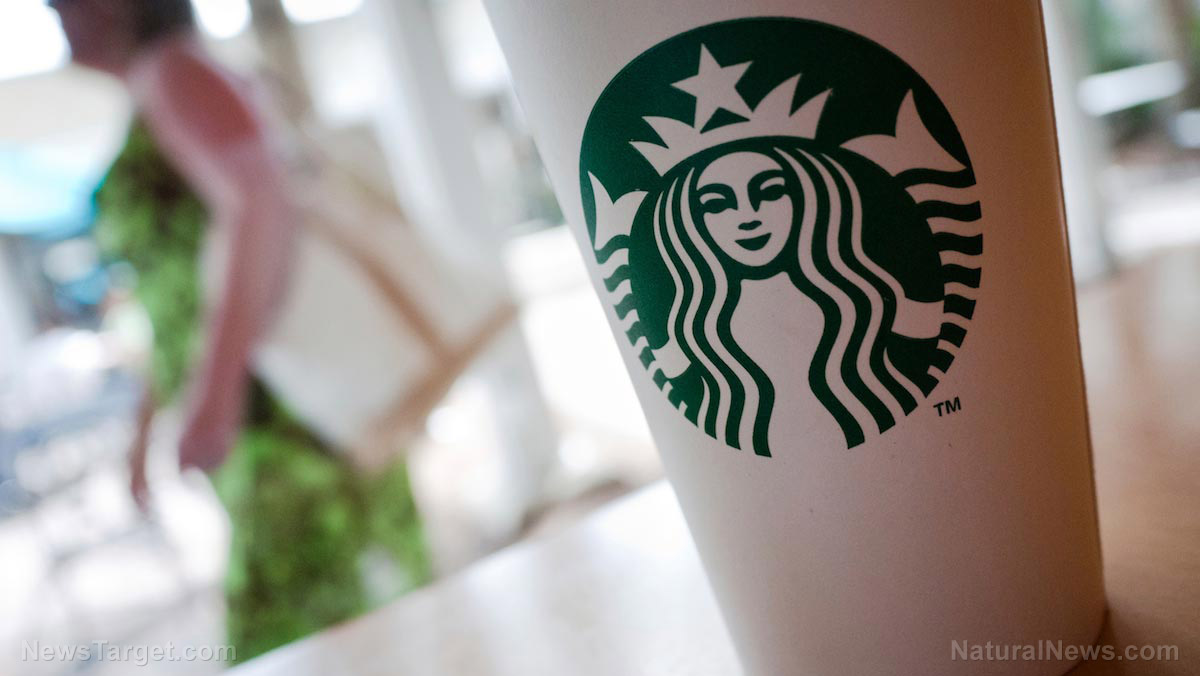 A woman wearing an “ex-Muslim” t-shirt was just kicked out of a Starbucks and told to leave Hilton hotel property in Houston, Texas. The Syrian woman was meeting peacefully with a group called Former Muslims with Ex-Muslims of North America (EXMNA). The woman and her circle of friends were told to vacate the property because they were wearing shirts connected to a protest in town. Her shirt said, “I’m an Ex-Muslim. Ask me why.”

“There’s a protest going on. You can if you take your shirts off, whatever,” he said.

Lina responded, “Why does my shirt offend you?” The manager shot back, “This is private property!”
“If you come on my property, you will be arrested for trespassing,” the manager reiterated, again and again.

The EXMNA volunteers were in Houston to hand out flyers and interview attendees at the Islamic Society of North America’s annual conference. They educate others on why they no longer believe in Islamic teachings to help other Muslims exit abusive religious practices. The volunteers never imagined that they would be kicked out of Starbucks as they sat down to take a break.

“I was surprised. I was simply drinking my iced coffee and scrolling through my phone, and they told me I needed to leave, so I asked why,” Nina said in a statement. “I was told that they are not allowing protesters at the property, I assured the woman that I was not a protester.” The property management doubled down anyway and refused services because of their religious identity, expressed on their t-shirts.

As she was told to leave, Lina politely pressed management, “Is it your statement that I can’t be on your property because my shirt says I’m an ex-Muslim?” The manager threatened to have them arrested if they crossed onto the property.

Businesses, like the media, are becoming more and more intolerant

According to the Houston Chronicle, other protesting and counter-protesting groups were in town that day. The Texas Patriot Network was protesting the Islamic convention, but they were countered by Antifa members, the New Black Panther Party, and other radical groups. Starbucks and the Hilton hotel did not want anyone wearing Ex-Muslim t-shirts on their property, because it could trigger Islamic fundamentalists, violent Antifa members, and other radical groups.

This Starbucks and Hilton hotel would rather ban people based on their religious identity in order to cater to Islam and radical left-wing terrorist groups. Offending Antifa is not allowed, especially when Antifa is protecting their Islamic masters. Antifa has basically become a pawn for the implementation of sharia law in the United States. And, by banning these ex-Muslims, these businesses have publicly declared that they will cater to the Islamic dictatorship and the violent, radical mobs that protect them. Any peaceful assembly of people with differing ideas is not allowed. Good paying customers who don’t follow Islamic teaching can be refused services and banished from private property.

In line with shariah law, any criticism of Islam is not allowed. Leaving the Muslim religion is not allowed and any expression of dissent is forbidden. This is a revolting development, a sign that these Islamic conventions within the U.S. are more than just peaceful religious gatherings. These conventions seek to change the American culture, eradication of dissent, and full compliance to their one religion.

For more on freedom from totalitarian religions, visit Liberty.News.