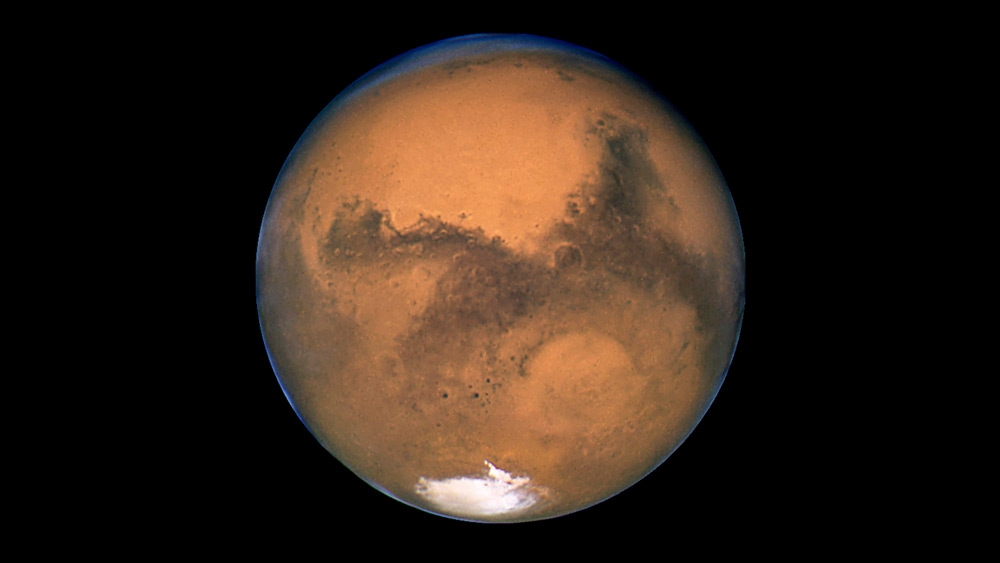 Gilbert Levin served as the lead investigator of the Labeled Release life detection experiment that was carried out on the two Viking Landers that NASA sent to Mars in 1976. Although his instrument ultimately yielded positive results at both locations, the finding has been largely memory-holed.

In a video posted to Brighteon.com, Levin talks about how his job working for the Health Department of the State of California determining water health inspired him to create his revolutionary approach using radioactive tagging. This eventually led to him being awarded a NASA contract in 1958 to develop a method to find extraterrestrial life, and his method was used in the Viking Missions in 1976.

In the video, he details how the experiment worked. Essentially, it entailed adding a drop of specially engineered radioactive food into a small cup of soil from Mars and monitoring the air above it to look for any radioactive gas that microorganisms would breathe out if present.

Few believed this would be successful on Mars, but with the first drop of the nutrient on Martian soil, a big amount of gas came out and was present for the full week of the experiment. Similar results were seen at the other landing site 4,000 miles away.

Could it have been related to chemicals in the soil rather than microorganisms? Just in case, they had an experiment ready to figure this out. They took a duplicate sample of the same soil and heated it to 160 degrees C to kill any microorganisms – a temperature that would at least kill those known on Earth – but not so high that it would destroy any oxidizing chemicals that would give a false positive. This “control” was carried out more than once and replicated on Viking 1 and Viking 2, ruling out the possibility that chemicals were responsible. In addition, the active sample was held in a chamber and after a few months, nothing showed up on the test, likely indicating that the microorganisms had died.

Naysayers first said the effect must be due to ultraviolet light, but when they sent out an arm to move a rock and take a sample from underneath it, the result was the same – yet for some reason, NASA wrote it off as containing “no organic matter.”

For the next 37 years, NASA and other scientists have been trying to explain away Levin’s results, but none have succeeded, nor have they reproduced any chemical that would explain away those results in a lab or even in theory.

Since his experiment, NASA has refused to send in similar life-finding experiments and rejected his proposals to carry out additional missions. Ambiguous answers would hurt their program, he believes, saying that this is motivated by politics and not science. After all, scientists who get positive results replicate and expand them, and NASA is clearly uninterested in doing that.

If there is life on Mars, he believes it must exist throughout the universe, but NASA and the government are doing everything they can to keep this information under wraps. Recently, he told The Space Show: “I am certain that NASA knows there is life on Mars” adding that there is “substantial and circumstantial evidence for extant microbial life on Mars.”

Lots of signs point to life on Mars

There are plenty of signs to support that notion. For example, NASA’s Curiosity rover discovered that methane on Mars has cyclical and seasonal spikes. With more than 90 percent of Earth’s atmospheric methane being created by living organisms like microbes, this is pretty solid evidence of life. Not surprisingly, team members on the Curiosity mission have already tried to explain it away, saying that water rock chemistry could be responsible.

In July, the Mars Express orbiter from the European Space Agency found an underground lake under a mile of ice toward the south pole of Mars. Although evidence of water has been seen on the planet before on a smaller scale, an underground lake it pretty hard to ignore.

In fact, Levin says that with everything we know about the planet now, it would be more surprising to prove that there isn’t life on Mars than that there is life on the Red ?Planet. He said that “it’s getting to the point where the shoe is on the other foot. It’s very hard to image a sterile Mars.”

So many people FLEEING California before the next wave of COLLAPSE
40:46

Here are 5 good reasons you should add cocoa to your daily diet
4:41