Airbag for your phone? Startup creates an “active damping” case that opens when you drop your mobile phone 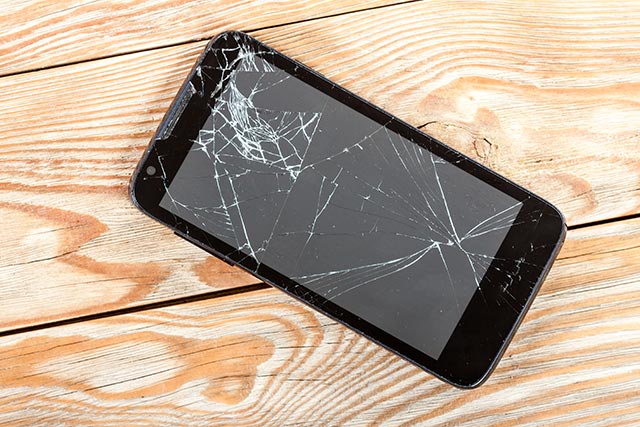 Every time your smartphone slips from your fingers and drops to the floor, the expensive device risks breaking the screen or another fragile part. When a German student lost his iPhone in this exact way in 2014, he spent the next four years developing the phone equivalent of an airbag: A case that deployed springy legs to cushion the impact of a fall, an article in Tech Crunch reported.

The “active damping” case is the centerpiece of a thesis by Philip Frenzel, a mechatronics engineer at Aalen University (Aalen). It won him the top award at a nationwide contest held by the German Society for Mechatronics.

Frenzel came up with the idea after his iPhone fell for an entire floor and developed a “spider app,” a half-joking term for a badly-cracked screen. He paid for its repair, but the fall damaged more electronics than just the screen. The repaired phone only lasted for two weeks before breaking down for good.

When he bought a replacement smartphone, he also got it a protective case. But Frenzel wasn’t satisfied with the protection provided by the case. Nor was he pleased with the way its clunky appearance clashed with the sleek aesthetics of his new iPhone. (Related: It’s not your imagination — your phone really is spying on you: Hundreds of Android apps use the microphone to secretly monitor and record your TV habits.)

From tiny airbag to soft foam to retractable springs

Frenzel, therefore, decided to create a much more effective safety mechanism that was smart enough to only activate when the phone is endangered. He assembled a team of his fellow Aalen students and began working on the concept of a “mobile airbag” as his thesis.

His active damping case is fitted with sensors that can detect if the smartphone is falling. This prevents the case from deploying its safety system by accident, such as when the phone is inside the pocket of its owner.

For the actual protection system, Frenzel initially considered squeezing an airbag into the case. This first pick did not pan out due to practical concerns.

Other alternative systems explored by his team included one that used soft foam. None of these concepts made it off the drawing board, either.

Eventually, Frenzel came across the idea of using springs instead of soft objects to protect the phone from harm. From there, he developed a protective system with eight thin metal strips that curled outwards when deployed.

The inactive springs are stored out of sight inside the case, where they lie flat. When the sensors determine that the phone is in freefall, the springs pop out and curl upwards to take the brunt of the fall.

When deployed, the springs not only reduce the jarring impact of the fall on the sensitive electronics of the smartphone. They also shield the fragile edges and screen of the cell phone from taking any damage.

The springs can be easily folded back into the case, ready to be deployed the next time the owner accidentally drops the phone.

In addition to applying for a patent on his winning design, Frenzel has founded a startup with his fellow Aalen graduate, Peter Mayer. The two have launched a crowdfunding campaign to finance the launch of the AD (“Active Damping”) Case as a commercial product.

“We want to be able to finance our livelihood with it,” he chuckled. “In short, we hope for a hype.”

More articles about interesting inventions can be found at Inventions.news.