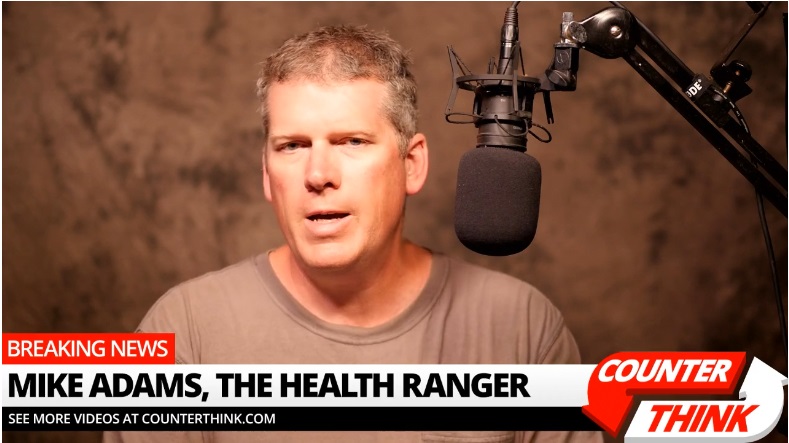 The radical Left is not subtle in their machinations. Their schemes to plunge us into a kinetic civil war are obvious to anyone who still has their eyes open. Yet, undoing these schemes will take a lot more than just knowing about them. No, it’s time for patriots to come together and save this country from submerging into insanity.

In the latest episode of CounterThink, Health Ranger Mike Adams shares specific tactics, strategies, and action items that YOU can pursue now and share with others.

“We’re changing the direction of this entire show for the foreseeable future because of the emergency that we are in,” he says.

That emergency pertains to the non-kinetic phase of a nationwide civil war. We haven’t begun blasting each other off the streets, after all…at least not yet.

Nevertheless, this is the ultimate goal of the radical Left; these so-called “humanitarians” who preach for equality yet call for the disarmament of our nation. If history has taught us anything, it’s that removing people’s right to bear arms is stepping closer toward socialism and communism – philosophical ideas that have never worked. Ever. (Related: Ex-KGB officer warns in video posted at Brighteon.com that communists are trying to take over the United States.)

It begins with disinformation. Mike Adams calls this phase we’re living in as “Information War” or “Info War.” It’s when mainstream media use their honeyed tones and forked tongues to blind us to what’s really happening. They dehumanize anyone who opposes them and encourages radical nonsensical ideas.

Those who watch the news daily know that the Left has abandoned all reason.

“They are becoming unhinged, deranged, violent lunatics,” stresses Adams who encourages viewers to “point out the radicalization of Democrats.”

Let’s be clear here: The radical Left WANTS bloodshed on the streets. They’re using whatever tactic they can to push patriots to fight back because, as Adams explains, “Whoever shoots first in the upcoming civil war, loses the narrative.”

The first group to instigate the violence will forever be labeled as the “bad guy” in history. Worse, an uptick in violent crimes will force the United Nations to step in, come into our country, and take away our guns – exactly what the Left wants.

Our position and posture, then, must be defensive BUT prepared. This applies not only to patriots but to any sensible person who values their liberties. What the Left does not understand or refuses to believe is that concealed weapon carriers are not a bunch of uneducated hicks with a penchant for thrills. Law-abiding citizens who carry firearms are merely exercising their rights, as written and explained in the Second Amendment.

We have the right to freedom, to protect ourselves and our families, and defend our physical bodies from potential harm.

Adams warns that with the upcoming elections, the Left might up the ante when they lose their majority.

“The insanity of the Left will take a whole new leap off a tall building, and they will be more insane than you can possibly imagine,” he says.

What we can do is continue our fight. It has become all the more important that we tell our friends and families about this and make informed choices based on FACTS. The Left may control the media, but they cannot control our minds.

You can do your part to take off the blinders in our society by watching more CounterThink videos and viewing the full episode with Mike Adams below.