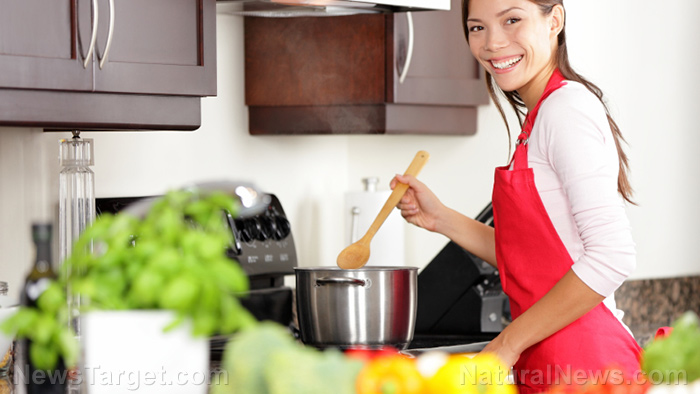 If you’re searching for a natural way to preserve food in animal fat, look no further than lard.

Naturally salt-cured meat, like bacon, contains salt, a great preserving agent. Thanks to the salt in bacon, bacteria can’t multiply in the meat.

However, there’s a healthier, more natural method that lessens the salt content used for this process: Preserving meat in lard. Aside from requiring a smaller amount of salt, lard doesn’t contain harmful chemicals. You just need to get your hands on lard, or pork fat.

Lard is easy to make or render, and preserving meat in it or other animal fats can prevent bacteria from multiplying in your food. (h/t to Survivopedia.com)

What is a confit?

A confit is any type of food preserved by cooking it slowly over a long period of time. A method that’s been used for several centuries, “confit” is French in origin and it means “preservation.”

Duck confit is a delicacy and it was traditionally made with salt-cured meat like duck, goose, pork, or turkey. The older methods of making confit also involved poaching the meat it in its own fat until it’s tender and the meat is then covered in the fat and stored.

A properly confited bird can be stored in a cool, dry place for at least six months. Ideally, the confit should be eaten in the first six months, but you can extend the storage time for another six months. However, this means the confit won’t taste as good.

The process is the same for a pork or beef confit. Don’t skip the salt-curing step which can add flavor and keep bacteria out of the confit. (Related: Frying your food in lard is healthier than using sunflower oil, say scientists.)

Here’s the traditional way of making confit based on a recipe by Madeleine Kamman, author of “The New Making of a Cook.” The process of making a salt-cured duck confit can last for about two days.

If you want to skip the steps for making a confit, you can go straight to preserving food in lard. Frank G. Ashbrook outlines the process in his book, “Butchering, Processing, and Preservation of Meat.”

Ashbrook noted that well-made lard has various applications, and it can be used to make incredible dishes. When used with fresh meat, lard can preserve meat for a long time.

If you remove meat from the crock pot, always pack down the remaining meat and cover it again with melted lard to prevent air from getting into the meat. Store the meat in a small crock pot to extend its shelf life.

The next time you want to preserve meat, consider using lard to enhance its flavor and extend its shelf life.

You can read more articles on other food storage tips at Foodsupply.news.