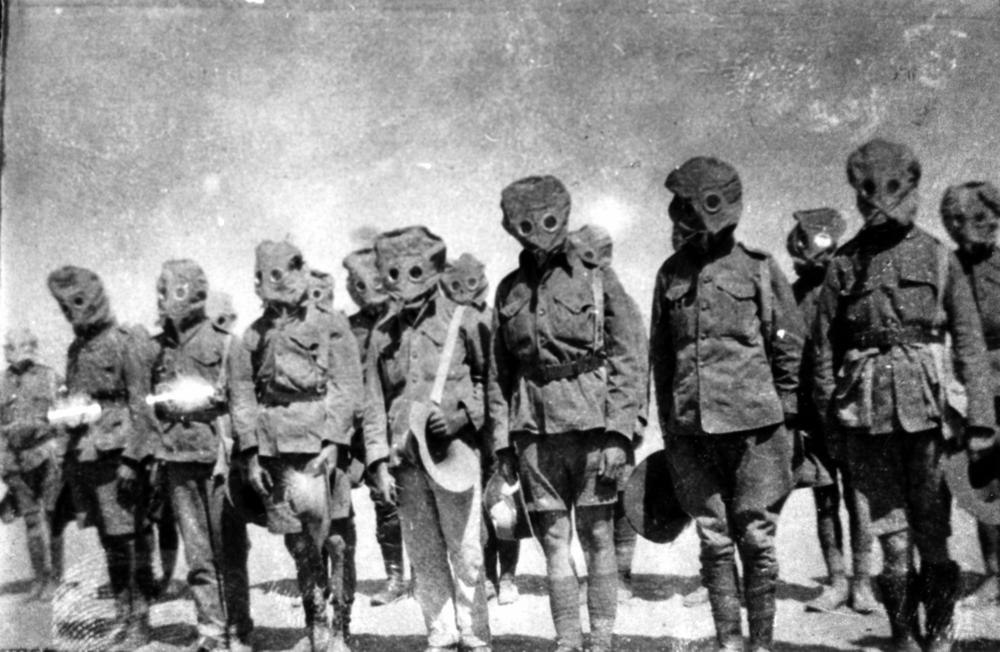 There has been a loud outcry in recent years against the use of chemical weapons in countries like Iraq and Syria, and rightly so. Utterly destructive and created to kill indiscriminately, these weapons often kill children and the most helpless in society. Chemical weapons make use of chemical mixtures to harm or kill humans, and can be dispersed in liquid, gas or solid form. They are especially cruel because they often kill or harm far more than just the intended victims. Chemical weapons are considered weapons of mass destruction and include nerve agents and blister (vesicant) agents like sulfur mustard.

Experts believe that Syria, which has been developing chemical weapons since the 1980s, is sitting on a massive stockpile of such weapons, and the country’s leaders have shown that they are not afraid to use them.

While the world’s governments and media panic about just how many of these weapons have been stockpiled by Syria and other countries, however, Bayer – the company that developed the poisonous gases used prolifically during World War I (WWI) – has refused to acknowledge its role in the deaths of an estimated 60,000 soldiers and others. In fact, the company went on to profit heavily off the production of similar weapons during World War II, just a few years after the end of the first world war.

They have neither taken responsibility for the destruction they have caused nor have they been held to account by the powers that be.

In 1907, the Hague Convention Respecting the Laws and Customs of War on Land banned the use of chemical weapons. Nonetheless, in 1914, a commission chaired by Carl Duisberg of Bayer, Fritz Haber who was director of the Kaiser Wilhelm-Institut at the time, and a chemist named Walter Nernst, started looking into ways to dispose of the poisonous waste created by the chemical industry. They were delighted to turn this “waste” into financial advantage by creating chemical weapons.

“The enemy won’t even know when an area has been sprayed with it and will remain quietly in place until the consequences occur,” Duisberg enthused at the time. He added, “This phosgene is the meanest weapon I know. I strongly recommend that we not let the opportunity of this war pass without also testing gas grenades.” (Related: For more stories like these see Twisted.news.)

The Global Research Centre notes that Duisberg was so proud of his “accomplishments” in this regard that he had a series of paintings commissioned by the painter Otto Bollhagen depicting the testing of chemical weapons and gas masks near the city of Cologne.

Over the years, Bayer has failed to show any remorse for the consequences of choices made by the company’s leaders. Nor have they distanced themselves from Duisberg, even as pressure has mounted on them to do so, with several cities in Germany – including Frankfurt, Bonn, Marl and Wuppertal – recently taking the decision to rename streets which were previously named after this infamous war criminal. (Related: The former chairman of Bayer, maker of children’s aspirin, was found guilty of Nazi war crimes and sentenced to prison.)

The Coalition against BAYER dangers notes:

The name BAYER particularly stands for the development and production of poison gas. Nevertheless the company has not come to terms with its involvement in the atrocities of the First World War. BAYER has not even distanced itself from Carl Duisberg’s crimes.

Taking their evil war crimes to the next level, Bayer became Germany’s largest explosives producer during World War II and got in on the production of gas masks, which made the company immensely wealthy. Bayer also assisted the Third Reich with research into poisonous gases in their laboratories, and Dr. Gerhard Schrader – the inventor of the infamous SARIN and TABUN gases – went on to become head of the company’s pesticides department after the war.

And now this evil company is merging with the world’s most evil corporation: Monsanto – a collaboration that is sure to take them to even greater heights (or depths) of villainy. (Related: Monsanto-Bayer merger gets the green light … Farmers are worried, as they should be.)

Read ChemicalViolence.com to see more news on the chemical weapons that target humanity.