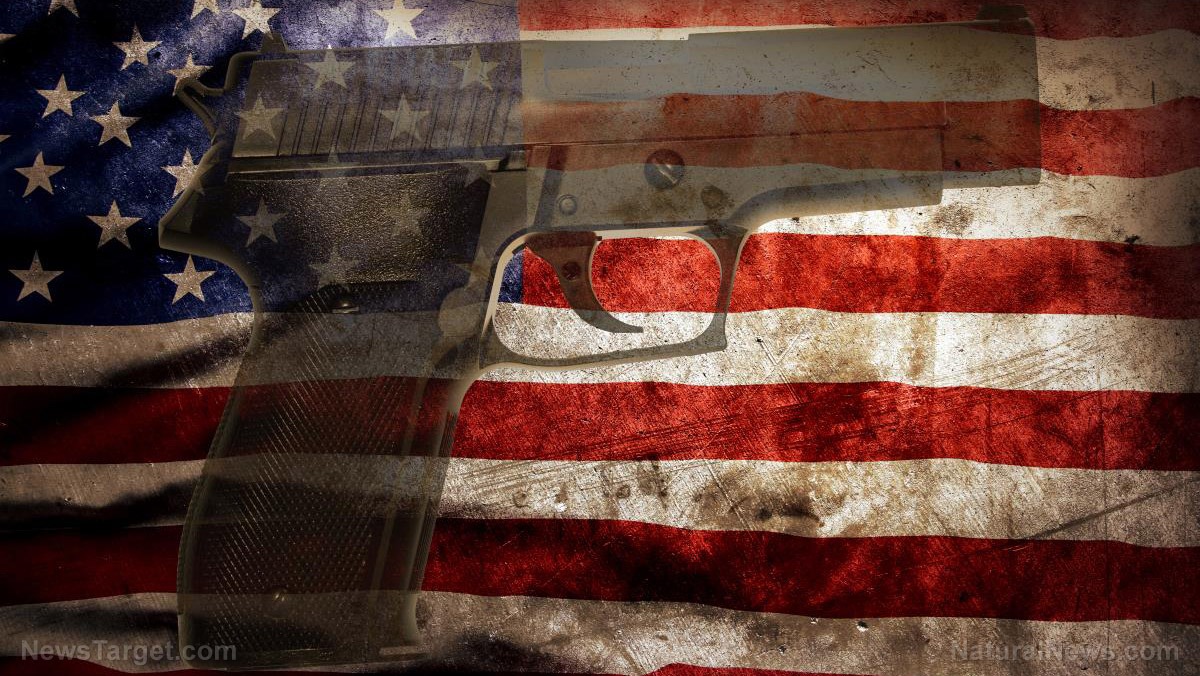 For years Left-wing Democrats have claimed that when it comes to guns and the Second Amendment, they don’t really want to eliminate the right or take away people’s guns.

For the same number of years, conservatives, libertarians, and anyone else focused on preserving the Bill of Rights have known they were lying.

Now, for some reason that defies political realities, many on the Left are tossing aside their facade of “reasonable gun control” and exposing themselves as the gun-grabbers we always knew they were.

As reported by The Free Thought Project, residents of Deerfield, Ill., which is a suburb of Chicago, have less than two months to dispose of their “assault rifles” and high-capacity ammunition magazines or face fines of up to $1,000 per day per gun and, eventually, arrest and jail time.

On April 2 the Village Board of Trustees unanimously approved a ban on certain types of semi-automatic rifles, amending a 2013 ordinance that places regulations on how such weapons were stored.

The new ordinance prohibits the possession, sale, and manufacturing of certain types of assault weapons and large capacity magazines within the village, according to the ordinance. One change from the law as it was originally discussed exempts retired police officers from the ban, according to Village Manager Kent Street.

The gun Nazis on the board said their law is modeled after a similar one passed by nearby Highland Park in 2013. That ban has since survived a legal challenge by a city resident and the Illinois State Rifle Association. The 7th Circuit Court of Appeals held that the law was constitutional and the U.S. Supreme Court essentially reaffirmed it by refusing to take the case (which, frankly, is a travesty of justice).

City attorney Matthew Rose said of the new law: “This is not only held constitutional by the Seventh Circuit but similar laws have been ruled constitutional in California, the District of Columbia and Maryland.” (Related: CNN’s Chris Cuomo actually said ‘no one is calling for repeal of Second Amendment’ after his network reported otherwise.)

Well, most modern-day federal judges are obviously not very steeped in the writings of the founding fathers as they pertain to the Second Amendment and the “right to keep and bear arms,” for if they were, the phrase “shall not be infringed” would have real meaning and would thus limit arbitrary efforts to ban instruments of self-defense that are supposed to be protected.

In any event, the new law goes farther than just banning “assault rifles.” It includes any semi-automatic rifle that can accept a magazine with more than 10 rounds of ammunition; shotguns with a revolving cylinder; and semi-auto handguns that can accept large-capacity magazines. Models mentioned specifically include, of course, the AR-15 and AK-47-style rifles, along with Uzi-style weapons.

What never ceases to amaze me is the abject stupidity surrounding these kinds of laws.

The rifles targeted here are rarely used in criminal acts. Like, almost never. The FBI’s own statistics prove that. But because they get the most coverage from the dishonest media, everyone believes they’re the ‘weapon of choice’ for killings.

And why the bullet limit? How is it that the sage, wise Village Board members arrived at 10 as being ‘acceptable?’ Did they hold a seance or something? Did God speak to them and ordain 10 bullets as being ‘enough’ to defend oneself with?

Then, of course, there’s always the reality that criminals don’t give a rat’s you-know-what about laws, they care about victimizing law-abiding citizens.

Which brings me to this point: These kinds of gun-ban laws always punish law-abiding people, but they don’t do anything to punish law-breakers.