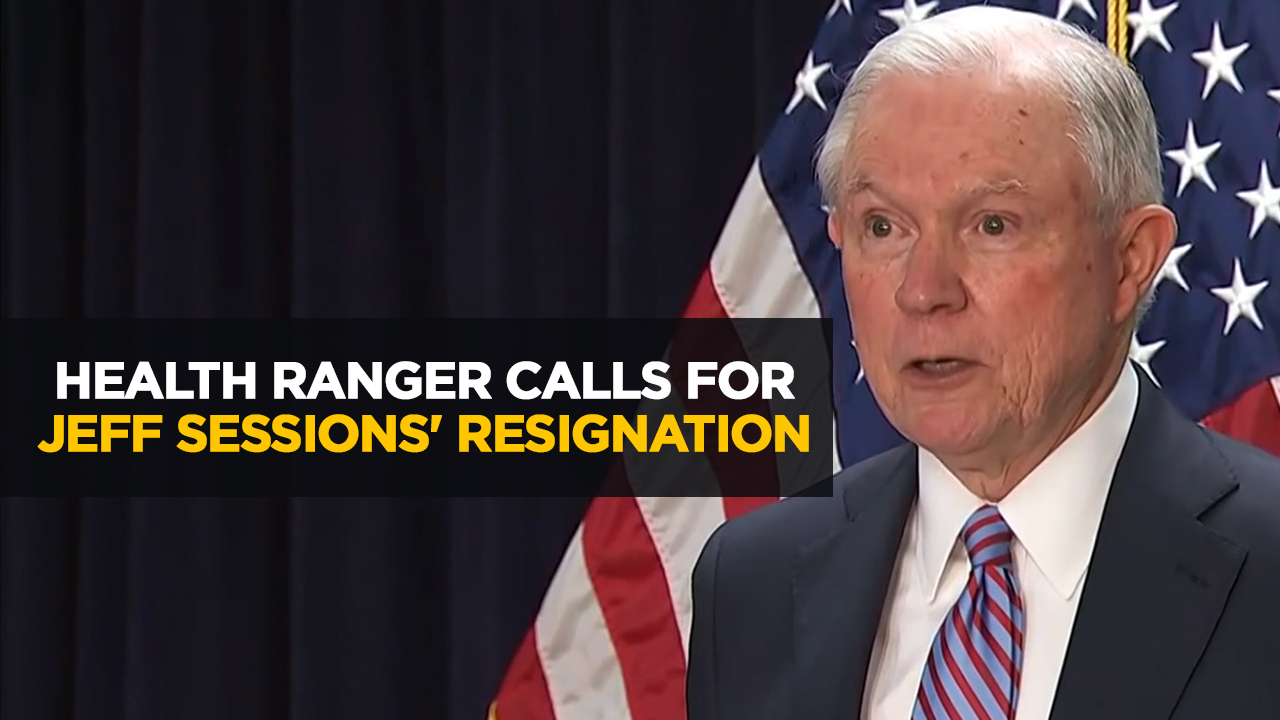 Let me start this column by stating what is obvious to anyone who is familiar with Attorney General Jeff Sessions’ career — as a federal prosecutor, Alabama attorney general, and a U.S. senator: He is one of the most decent persons you will ever meet.

He’s just not a very good attorney general. And frankly, we’re at a point in our country’s history where we need a strong leader, which we have in President Donald J. Trump and his national security team, heading up the broken, corrupt Justice Department.

That’s why Trump has got to replace Sessions — not fire him, per se, just replace him by appointing Sessions to another position.

In case you missed it, Natural News and NewsTarget founder Mike Adams, the Health Ranger, warned on Friday that there is a full-on Marxist assault on our republic (if you didn’t see it, watch Adams’ warning below).

Led by Left-wing Democrats and the American Pravda media, communist sympathizer groups like Antifa and others are increasingly using violence to disrupt our civil society and destroy our constitutional order.

The most recent example of this is the aftermath of the tragic Parkland, Fla., shooting. The Left is not focused on saving children from the next shooting; they’re focused on taking away guns and the Second Amendment, shutting down patriots defending the Second Amendment while threatening violence against pro-gun organizations like the NRA.

Meanwhile, the witch hunt against Trump led by Robert Mueller continues, despite the fact that there is not a scintilla of evidence to prove that the president’s campaign “colluded” with Russia to “steal the election” from Hillary Clinton. (Related: Actor James Woods THRASHES Jeff Sessions as ‘coup d’etat’ led by MUELLER continues unabated.)

And as long as Mueller and his Democrat-donating legal team continue the witch hunt, the Left can continue to use it to undermine the president and destabilize our country.

A strong attorney general would never have recused himself from his own department’s “Russia” investigation, but Sessions did because Democrats pressured him to do so. In his absence, Mueller was promptly appointed — without any real reason since there has never been a crime to investigate, as the special counsel statute calls for (“collusion” is not a crime, even if the Trump campaign engaged in it — which it didn’t).

“Nobody is disputing that Attorney General Jeff Sessions is a good man,” Republican attorney John Gordon told Fox News’ Laura Ingraham on her Thursday program, as reported by Lifezette. “But history may well prove that in this moment, where the rule of law is at stake and the Justice Department’s ability to apply it evenhandedly is in question, that he may, in fact, be a small man in a big moment of history, however good of a man he may be.”

Gordon’s observation followed a Wednesday tweet from Trump: “Question: If all of the Russian meddling took place during the Obama Administration, right up to January 20th, why aren’t they the subject of the investigation? Why didn’t Obama do something about the meddling? Why aren’t Dem crimes under investigation? Ask Jeff Sessions!”

That tweet followed Mueller’s indictment last week of 13 Russians — no Americans and no Trump campaign members. Deputy Attorney General Rod Rosenstein, who appointed Mueller and gave him a mandate to investigate anything, even said that “there is no allegation in this indictment that any American was a knowing participant in this illegal activity” of swaying the election in Trump’s favor.

But yet the probe continues, and as it does, it continues to undermine Trump’s rightful authority as president by giving his political enemies — the insane, unhinged, violent Left — ammunition to “resist” and an excuse to become even more violent.

A strong attorney general would end this charade of an investigation, this massive miscarriage of justice, and wouldn’t let the truly guilty get away with illegally spying on Trump’s campaign.

But we don’t have a strong AG. We have a good man.

Trump should reassign Sessions to another duty and replace him with a strong leader who will clean up and clean out the Justice Department. Because as the Left continues to destroy the civil society, our president will need a strong supporting cast around him.