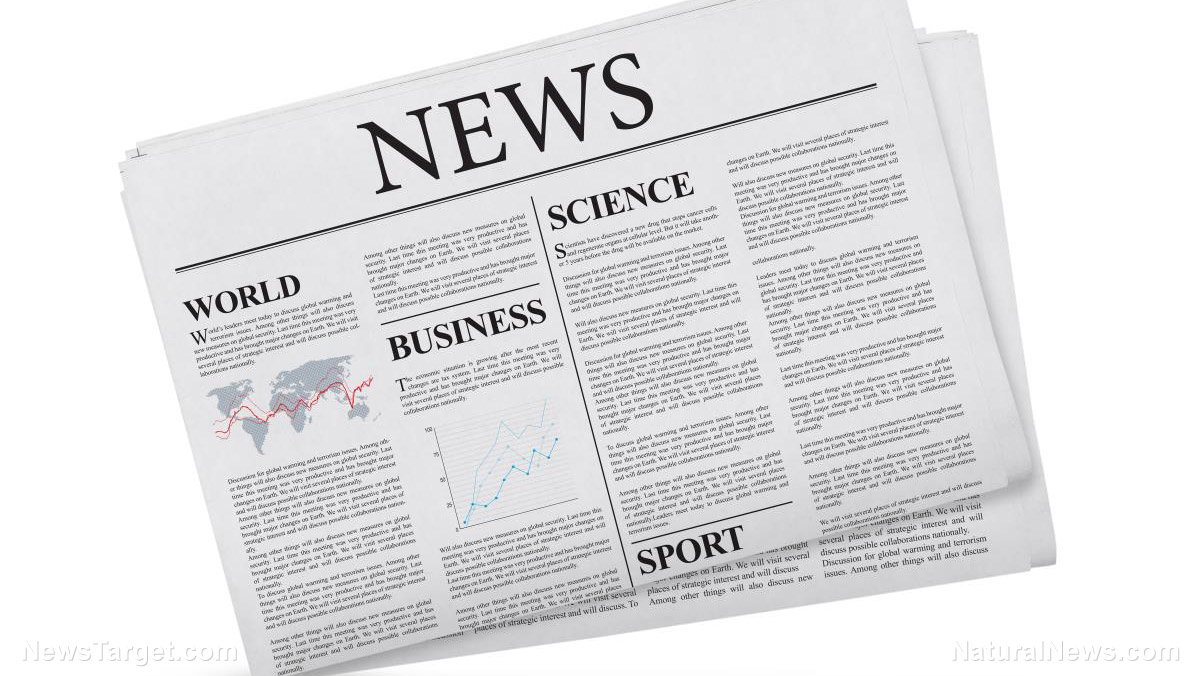 For your Friday serving of hilarious entertainment, today we bring you the true news about a fake news giant known as the Washington Post. The fiction-pimping, anti-American, fact-hating newspaper, owned by Jeff Bezos of Amazon fame, directed lawyers to contact Natural News and demand we turn over the WashingtonPost.news domain to their team… for free, of course.

WashingtonPost.news, by the way, is a news site that posts news about the fake news posted by the Washington Post. See if you can say that five times really fast.

For the record, the Washington Post knowingly fabricates fake news stories and publishes them as “facts” in a sinister attempt to overthrow America’s democracy and unseat a democratically elected president. This makes the Washington Post a true enemy of the People and a danger to the Republic. I’ve publicly named the Washington Post as being engaged in journo-terrorism against the American people. The paper is nothing more than America’s Pravda.

Now, buoyed by the seemingly endless money of Jeff Bezos, the Washington Post is using its financial might to bully a small, independent publisher in order to cover up its own domain name incompetence. It’s also an effort, of course, to silence public criticism of the Washington Post, a dishonest publisher that exploits its position of power and influence to overtly harm the American Republic through deceit, dishonest journalism and fabricated “anonymous sources.”

The last thing the Washington Post wants is people commenting on the fake news failures of the Washington Post, which has been repeatedly caught faking the news to such a grotesque degree that the discredited rag actually had to forfeit a Pulitzer Prize after it was revealed the stories were complete fiction.

That’s a whole new level of fake news mastery, and it’s on top of the fake “anonymous sources” the publisher repeatedly rolls out to try to smear our elected president while deliberately misleading its own readers. Yes, the Washington Post knowingly and deliberately lies to its own readers, and it does so while demanding “First Amendment” protections so that no one dare question its false authority.

But the Washington Post doesn’t want other people to have first amendment protections when commenting on the fake news of the Washington Post, you see. So they pester Natural News and demand we give them a domain name for free that they stupidly failed to register themselves.

That’s the truly astonishing part in all this: The Washington Post, for whatever reason, failed to register WashingtonPost.news when the .news top level domains were rolled out a couple of years ago. This top level domain had something like a two-week “premium purchase” period before the general public was allowed to purchase the domains at the $15 price. During that premium purchase period, anyone who really wanted a domain name could pay fees ranging from $150 to $3000 to grab the domain they wanted. (We purchased Natural.News during that time for obvious reasons.) Fascinatingly, the Washington Post didn’t even value the WashingtonPost.news domain at $150 and refused to register it altogether. And that was almost two years ago…

I ultimately paid a whopping $15 for the domain… in total astonishment at the incompetence and lack of foresight of The Washington Post organization. I suppose they were all too busy fabricating fake news sources to bother registering the domain names they wanted. Now, two years later, they demand I give it to them for free in order to cover up their own incompetence and stupidity. They’ll probably spend $25K on attorneys just to repeatedly threaten us, by the way, when they could have bought the domain for $15.

Wow. If I had known they were this stupid from the outset, I would have registered TheWashingtonPostIsStupid.com instead of WashingtonPost.news.

My message to The Washington Post: Make me an offer, and I’ll donate the money to charity

What’s my response to the Washington Post’s lawyers who are demanding we give them this .news domain for free? Prepare to learn something useful about the way markets actually work in a civil society…

As a matter of principle, I’m happy to sell you the domain at a price that fairly compensates Natural News for the foresight and outlay of capital in acquiring the domain name in the first place. (That would be $15.) We’ve also put costs and effort into the construction and promotion of the website over the last year or so. (That’s significantly more than $15.) For the record, any fees acquired by the sale of this domain will be donated to charity, see below…

But I’m not going to simply give you the domain for free. That would be un-American. Kind of like the Washington Post. In fact, I have a moral obligation to make sure the very same kind of left-wing bullying you use against President Trump doesn’t pay off for you in this domain dispute. I’m not going to let you bully a small publisher into submission.

You can, of course, go through a very expensive legal process to try to claim the domain, but we will fight it on First Amendment grounds — the same grounds cited by the Washington Post itself in unfairly smearing our president with utterly fake news on an almost daily basis.

If the Washington Post spends enough money — perhaps six figures — they might eventually prevail in stealing this property from us. But it’s going to cost them. And even in that, there’s a lesson they need to learn about the cost of being internet bullies (or news bullies, for that matter).

In conclusion, my message to the Washington Post is simple: Make us a reasonable offer and I’ll sell you almost any domain you want. For the record, I am publicly pledging right now to donate the full fee to our non-profit charity, the Consumer Wellness Center, which funds public education grants for women and children, all over the world (among other valuable projects that benefit society). I am the non-salaried executive director of the CWC, and I earn no money from it whatsoever, so I have nothing to gain financially from such an arrangement. Recently, by the way, the CWC exposed the 700+ chemicals found in Tide laundry pods, relying on science-based lab testing of the product composition (something the Washington Post hasn’t done with any product, as far as I know, because they wouldn’t even recognize real science if they tripped over it).

Or fight us in court and I’ll keep posting more article like this, detailing how the Washington Post is bullying a small independent publisher to try to stifle our First Amendment right to publicly criticize the Washington Post, a fake news rag that has utterly discredited itself with so much fake news over the last 18 months that literally half of America no longer believes anything the paper publishes.

Or maybe the Washington Post will roll out a hit piece against me, repeating the same salacious lies fabricated by the corrupt pushers of vaccines, Monsanto and GMOs. Perhaps there will be a “Health Ranger dossier” that the Washington Post claims has “photographic proof” that the Health Ranger hired transgender furries to urinate on latex foam mattresses all across Russia as part of the “Pee all that you can pee” tour with Vlad Putin.

You just never know with these fools. They’re half totalitarian, half stupid and half-assed at everything they attempt… including their so-called “news.” So it’s anyone’s guess what they might try next.

Keep reading Natural News to find out what happens… this will be very informative about the true nature of the combination of stupidity and tyranny that now infects the entire left-wing culture of the Washington Post, a paper that was failing on every level until Bezos bought it and turned it into the Jeff Bezos Blog to try to harm this great nation with maliciously false reporting.

If anything, the Washington Post should give us their WashingtonPost.com domain so it could be used to publish real news for a better America.

By the way, be sure you don’t miss JeffBezosWatch.com, another independent news site that the Washington Post’s lawyers will no doubt try to have shut down soon… the global bullies will stop at nothing to censor independent media.