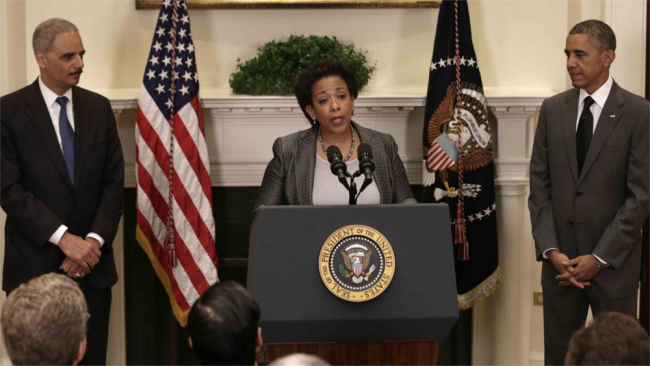 Republican lawmakers who have been presented with stunning evidence of massive Obama-era politicization and corruption of the U.S. intelligence community and the FBI dropped a bombshell earlier this week.

In separate interviews, Reps. Trey Gowdy of South Carolina, and John Radcliffe of Texas, as well as Sen. Ron Johnson of Wisconsin, have said they’ve seen evidence that there was a “secret society” comprised of FBI agents and others who were bent on either derailing President Donald J. Trump’s candidacy or undermining him to the point of removal from office after he was inaugurated.

“What we learned today in the thousands of text messages that we’ve reviewed that perhaps they may not have done that (checked their bias at the door),” said Radcliffe, speaking specifically about anti-Trump FBI counterintelligence agent Peter Strzok and his mistress, FBI lawyer Lisa Page, but also others who were not named.

“There’s certainly a factual basis to question whether or not they acted on that bias. We know about this insurance policy that was referenced in trying to prevent Donald Trump from becoming president,” he continued. “We learned today from information that in the immediate aftermath of his election that there may have been a ‘secret society’ of folks within the Department of Justice and the FBI to include Page and Strzok to be working against him.”

The following day Johnson elaborated on that astounding revelation in an interview with a stunned Fox News’ host Brett Baier. “That secret society — we have an informant that’s talking about a group holding secret meetings off-site,” Johnson said.

When pressed further, Johnson said that congressional investigators were continuing to look into the matter, and that it is “not a distraction.”

“This is bias, this is potential corruption at the highest levels of the FBI,” Johnson said.

He added: “And by the way, [special counsel] Robert Mueller used to run the FBI,” said Johnson. “He is in no position to do an investigation over this kind of misconduct. So I think at this point in time, we probably should be looking at a special counsel to undertake this investigation.”

I know what you’re thinking: This all sounds like something from a Hollywood political thriller, not something that could actually happen in the United States of America. After all, this kind of stuff might make for a good Sunday afternoon fiction novel, but it couldn’t go on for real because of our system of checks and balances.

Apparently not. These are real lawmakers dropping real bombshells about how members of the Obama administration, in cahoots with operatives of the Deep State, subverted established policies, procedures, and laws to undermine and spy on the political campaign of someone they decided should not be president. (Related: Mueller’s quest to interview TRUMP in his bogus probe of “Russian collusion” is a TRAP to ensnare him for “obstruction.”)

As if these people have any right to make that decision on their own.

As New York Post writer and veteran D.C. watcher Michael Goodwin noted this week in his column, the biggest scandal in the history of the FBI — and maybe of our country — is becoming more and more obvious by the day.

A major part of this conspiracy involves the so-called “Trump dossier,” which was commissioned by a U.S. “opposition research” firm (Fusion GPS) which used a foreign intelligence operative (former MI6 agent Christopher Steele) who gathered ‘intelligence’ from Russian sources to produce a document that was paid for, in part, by the Hillary Clinton campaign.

Giving aid and comfort to foreign sources and foreign operatives. And all with designs of harming the U.S. government through the undermining of our democratic electoral process.

That’s the textbook definition of treason. And for that, the Trump administration and Congress must find it and prosecute it.