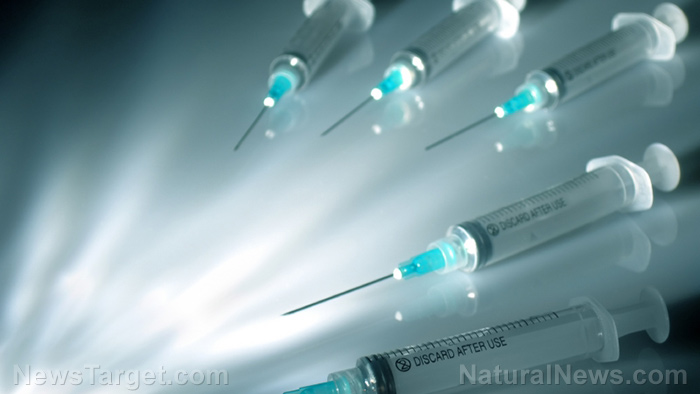 Propaganda alone doesn’t seem to be stemming the tide of mass awakening about the dangers of vaccines, so the vaccine mafia is apparently now resorting to serious threats of violence against its opposition. This was the clear message that was conveyed to vaccine truth advocate Dr. Suzanne Humphries, anyway, who recently received a gruesome death threat in response to her work in spreading vaccine awareness.

It was the evening of January 18, 2018, when Dr. Humphries opened up her inbox to find an anonymous email from someone who promises to kidnap, torture, and murder her – along with “every single one” of her fellow allies who helps to spread vaccine truth. The email is filled with all sorts of explicit language and gruesome details about how its author plans to bring Dr. Humphries’s life to a bitter end.

In a recent video post, Dr. Humphries explained how she’s contacted both local law enforcement and the FBI to report this death threat. But neither entity has expressed much interest in conducting an investigation, which has left Dr. Humphries with only the protection of God and the Second Amendment, which she references several times in terms of gratitude for her ability to protect herself, should the need arise.

But this may not deter the individual (or group) who made the threat in the first place, as the email infers that the whole thing is expected to become an inevitable suicide mission. Since the perpetrator indicates in the email that the plan is to blend into the crowd at one of Dr. Humphries’s speaking events, only to emerge suddenly to commit a violent act, chances are he or she (or they) will be taken down by security or police.

What’s interesting about the threat itself is that its language is curiously similar to that of vaccine propagandist Dr. David Gorski from the Karmanos Cancer Centers in Michigan. Dr. Gorski runs an aggressively pro-vaccine blog on which he routinely attacks and lies about vaccine truth advocates like Dr. Humphries.

Much of his days are apparently spent editing Wikipedia pages to slander and defame those who spread vaccine truth. His former colleague, Dr. Farid Fata, was reportedly indicted by the FBI for committing cancer treatment fraud, and he’s currently serving a 20-plus-year prison sentence for harming patients with cancer treatments that they didn’t actually need.

“David Gorski is, without question, the most psychologically dangerous, pathologically hateful and criminal-minded individuals we’ve ever encountered in the medical industry,” warns Mike Adams, publisher of Medicine.news. “The fact that the Michigan medical board still allows him to practice so-called medicine is an indictment of the utter abandonment of ethics and professionalism found throughout today’s failed medical system.”

Is Dr. David Gorski behind the death threat that Dr. Humphries received? Nobody can say for sure. But to take that much time to spew vile hatred towards someone who’s only trying to help parents make informed choices about vaccines suggests that the person responsible has something to lose when parents choose to forego childhood vaccination.

This suggests that almost anyone with an interest in the vaccine industry might be a culprit. For all we know, a major vaccine company like Merck & Co. hired one of its propaganda mercenaries to issue this threat against Dr. Humphries in an attempt to silence her. But as she states in her video, Dr. Humphries not only won’t be deterred by this threat, but she now plans to kick her work into serious overdrive.

Follow more news on the vaccine industry at Vaccines.news.