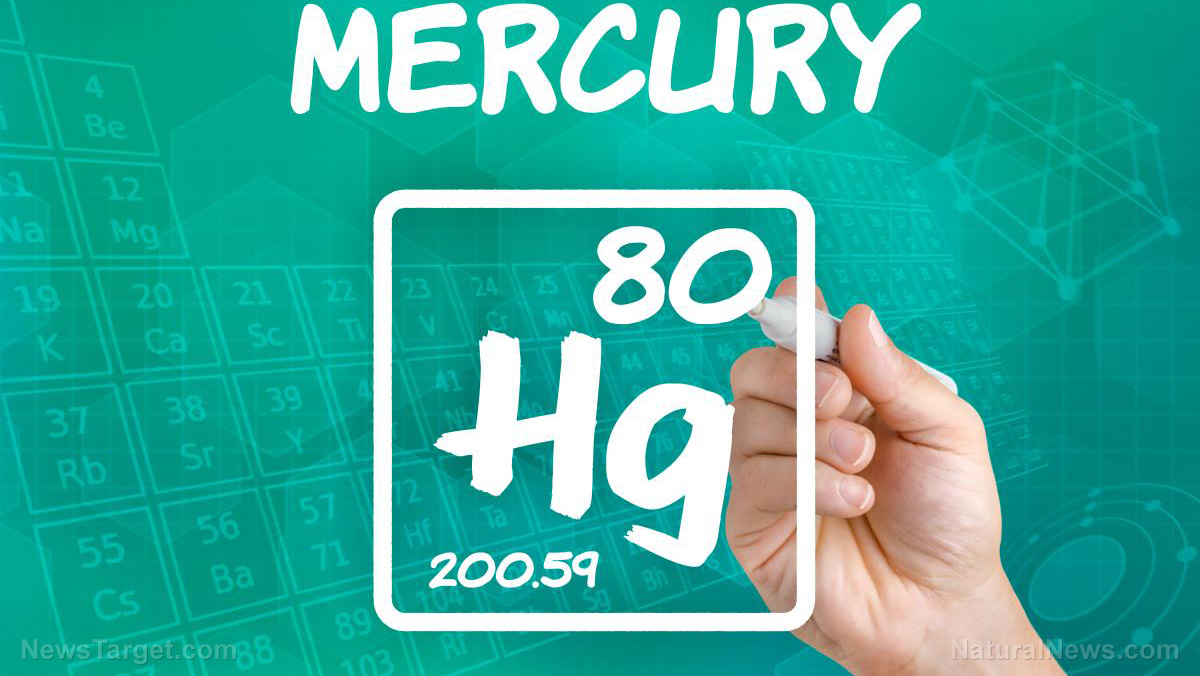 Because there has been a malicious disinformation effort to convince doctors, nurses and the public that vaccines given to children don’t contain mercury, I’m posting this letter from the State of California Health and Human Services Agency as proof that mercury is still injected into children via vaccines.

As you can see from the letter, authored by Secretary Diana S. Dooley and dated October 9, 2015, when California ran out of mercury-free vaccines, approval was granted to inject children with mercury-laced vaccines containing Thimerosal, a mercury-based preservative chemical. In the words of Diana S. Dooley:

I am granting a temporary exemption from California Health and Safety Code Section 124172 for seasonal influenza vaccine with trace levels of thimerosal to be administered to children younger than three years from October 9, 2015 through December 31, 2015, because the current supply of thimerosal-free vaccine for young children is inadequate…

Read the full letter yourself at this link. (PDF)

Or read the full text of the letter, below.

As further proof that mercury has not been removed from vaccines, note that there is no federal law or FDA ruling that requires the removal of mercury from vaccines. Mercury is still legal to use in vaccines, and in fact as you’ll see in the California letter, it’s still deliberately used in vaccine injections administered to children. This is not in dispute. Anyone who is not aware of these facts is uninformed.

At any moment, any state health authority can simply declare it’s “okay” to use mercury vaccines on children, just as happened in California. There is no federal law preventing it whatsoever. These orders may, in fact, be made entirely without public knowledge or any attempt by state officials to inform the public.

Thimerosal is made with mercury; it’s purpose is to kill living things (which is why it’s added as a preservative)

Thimerosal, of course, always contains mercury. Thus, the State of California admits that injecting children with mercury in vaccines is perfectly acceptable to government when the mercury-free vaccines run out.

And guess what happens in an influenza crisis? The mercury-free vaccines run out. All of a sudden millions (or possibly tens of millions of children across the country) are targeted for mercury injections, even as we’re told by the fake news media that “there’s no mercury in vaccines.” That’s as ignorant as claiming there’s no letter “V” in the word “vaccines.”

Mercury, of course, is a brain-damaging toxic heavy metal. No medically trained individual (who isn’t a pawn for the vaccine industry) disputes that. Mercury kills things, which is why it’s added to vaccines in the first place as a preservative. A “preservative” in this context means something that kills living organisms (such as bacteria that might contaminate multi-use vaccine vials). Thus, if mercury wasn’t toxic to living cells, it would have no use as a vaccine preservative.

When I tested the flu shot via ICP-MS, it was found to contain over 50,000 ppb mercury

No one has ever refuted that mass spec analysis. In fact, it was confirmed by vaccine pushers who said “Thimerosal is listed right on the label,” so of course the vaccine contains mercury.

Well that’s my whole point. They just confirmed it yet again. Flu shots given to children contain mercury.

People who say they don’t are either: 1) Ridiculously ignorant of the facts, or 2) Deliberately lying. Or, perhaps, they might be mercury damaged themselves.

While there is vigorous scientific debate over whether mercury, aluminum, MSG, formaldehyde and antibiotics in vaccines causes autism, there is no debate whatsoever that these ingredients are routinely used in vaccines. Even the CDC openly admits it.

I am writing to inform you that I am granting a temporary exemption from California Health and Safety Code Section 124172 for seasonal influenza vaccine with trace levels of thimerosal to be administered to children younger than three years from October 9, 2015 through December 31, 2015, because the current supply of thimerosal-free vaccine for young children is inadequate.

The federal Advisory Committee on Immunization Practices and the CDPH recommend that all persons six months and older, especially young children, receive influenza vaccine each year for their protection.

Young children are at increased risk of severe or fatal illness from influenza. While thimerosal-free formulations of influenza vaccine administered to adults in the United States appear to be ample, there are currently limited supplies of thimerosal-free seasonal influenza vaccine to protect California’s young children, many of whom will need two doses of vaccine for maximal protection.

I have written the manufacturer, Sanofi Pasteur, urging it to take any and all steps necessary to promptly address the shortage of this influenza vaccine, and asking it to provide an immediate and clear timeline on the availability of the vaccine so that all necessary actions may be taken to protect California’s children.

We will continue to assess the need for an extension of this temporary exemption over this period, and will be in regular contact with the manufacturer to assess product availability and to continue to monitor the vaccine supply.

Similar exemptions are in place at present in other states that have restrictions on mercury content, including Illinois and Iowa. I am granting this temporary exemption because of the health risk posed to California by influenza, and because there are inadequate supplies of this vaccine to comply with the law.

In accordance with the intent of the law, during this exemption period immunizers should prioritize available supplies of thimerosal-free vaccine to young children.

Stay informed. Read Vaccines.news for daily updates on vaccine science, composition, side effects and government coercion. Also recommended: WorldMercuryProject.org which documents the toxicity of mercury in vaccines and other forms of toxic medicine.