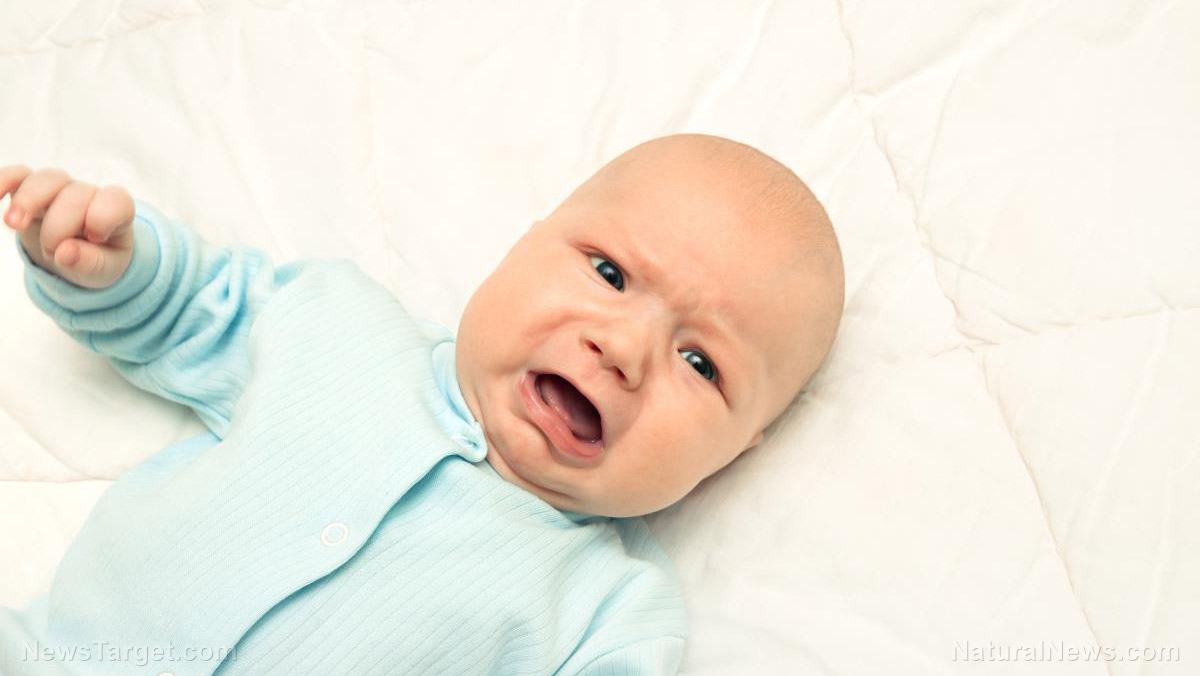 One big fear for many new parents is sudden infant death syndrome (SIDS), a mysterious illness that causes babies less than a year old to die suddenly and for unexplained reasons, usually during their sleep. To help allay those fears, scientists are developing a new gadget that can transmit vital stats to parents’ smartphones. It sounds like a great technological advancement, but are there reasons to be concerned about the idea of connecting babies to electronic devices that track them and broadcast their vital stats?

The new Fitbit-style monitor uses a liquid sensor that contains a mix of fluids including water, oil and graphene and was designed by University of Sussex physicists. Professor Alan Dalton said he got the idea to make a graphene emulsion while making salad dressing. Graphene is made up of a two-dimensional carbon atom layer and it’s conductive, flexible, and very strong. It is an affordable material that can be produced with graphite that occurs naturally, making it scalable as well. The graphene stops the other liquids from separating over time, and the researchers say theirs is the most sensitive liquid device ever reported.

The liquid is so sensitive that it can pick up even the tiniest signals when it’s attached to the body, allowing for wireless and non-invasive monitoring in the form of a band or even as a sensor vest that babies can wear. Breathing or even a person’s blood pressure is enough to stretch the tube that holds the liquid and change its conductivity, thereby enabling pulse and breathing rates to be tracked. The information is them transmitted to a person’s smartphone app.

The monitors that are currently used for checking babies’ pulses are clunky. They must be attached to their feet or hands, and they are prone to falling off, so the researchers believe this approach is a marked improvement over its predecessors.

Does this type of product help or harm?

The scientists would like to see this make it to the market within the next two to four years. On one hand, it’s something that could prove very useful for people with certain types of conditions. Professor Dalton said it could help dramatically improve the early detection of problems like cardiac arrhythmia and sleep apnea, both of which can be difficult to monitor outside of the hospital. It’s expected to be affordable, bringing it in reach for a lot of people.

At the same time, however, the thought of hooking up a tiny baby to electronic devices wirelessly to track and then transmit their vital statistics is setting a very dangerous precedent and that is something that should give people pause. The amount of personal data that is already available about people is extremely concerning, and to start collecting that data and normalize recording this information from the cradle is a very slippery slope.

In addition, it’s worth noting that a group of experts including pediatricians and neonatologists warned in JAMA that products like the $250 Owlet sock monitor, which tracks babies’ oxygen levels and heart rates and transmits the information via Bluetooth, cannot actually decrease SIDS incidence. Moreover, they say such devices can raise false alarms that lead to unnecessary ER trips, spurring a chain of overdiagnosis-related events into motion that often include needless lab tests and risky scans. They said that healthy babies occasionally have temporary blood oxygen level drops, most of which are harmless.

When you also throw the dangers of wireless exposure into the mix, parents might want to think very carefully before hooking these devices onto their babies.