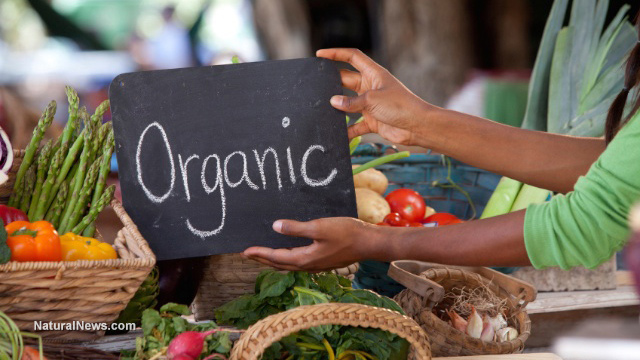 There are photos of former first lady Michelle Obama shopping at one of them. Throughout the country, depending on the region, many vendors are minorities at them.

But to hear a couple of lunatic professors from San Diego State University tell it, farmer’s markets are inherently racist because they are strictly the construct and domain of white people.

Seriously. You can’t make this stuff up, folks, though it’s a shame that someone did anyway.

As reported by the Washington Times, Profs. Pascale Joassart-Marcelli and Fernando J. Bosco write in a new book that farmer’s markets in urban environments are “white spaces” that are responsible for…oppression.

Their screed further claims there is a correlation between the “whiteness of farmers’ markets and gentrification,” though mysteriously, these two idiots seem to be the only ones to make the connection. Go figure.

“Farmers’ markets are often white spaces where the food consumption habits of white people are normalized,” they wrote, according to university watchdog media group Campus Reform.

Furthermore, to actually believe these two pseudo-academics is to believe that fruits, vegetables, and livestock grown in America is intended to push a ‘whites-only’ culture and agenda. To insist otherwise is just stupid.

Nevertheless, here we have two “professors” claiming just these things. And worse, they actually found a publisher — Routledge — for their thesis.

Farmers’ markets are “exclusionary,” they insist, because locals in urban areas may not be able to “afford the food and/or feel excluded from these new spaces” — as if only whites are ‘rich enough’ to buy fresh food. In addition to be flat-out wrong, if I were a person of color, I think I’d find that claim extremely condescending.

The fact is, farmers’ markets in urban areas are often staffed and patronized by minorities and whites, having been established in so-called “food deserts” where little fresh produce was otherwise available.

In other words, these markets fill a distinct need in the communities they serve, making them non-exclusionary by their very nature.

“The most insidious part of this gentrification process is that alternative food initiatives work against the community activists and residents who first mobilized to fight environmental injustices and provide these amenities but have significantly less political and economic clout than developers and real estate professionals,” they wrote.

There’s another reality here that these dopes are missing, and that is a rising trend in urban spaces known as community gardening. As Natural News reported in November 2015, activists began a community garden on a rooftop in St. Louis.

Members of the group, Urban Harvest STL, signed a lease granting them access to the roof of a two-story building, where they planned to put in a garden that produces vegetables year-round while teaching school children how to grow their own food.

“We’re going to have an outdoor classroom, as well as a gathering space for community events,” said Mary Ostafi, the nonprofit group’s founding director. “We’ll be raising chickens and tending bees.” (Related: Beginner’s guide to raising chickens: Terms you definitely need to know.)

A similar effort was undertaken in Detroit, where a large portion of the population is black (as in, not white, professors). Natural News reported that “parcels of land formerly in disarray are being dug up and retrofitted as an urban farm and more under the direction of” a nonprofit called the Michigan Urban Farming Initiative.

So you see, where there is a food need, and the will to alleviate it, there is a way for Americans of all ethnicities to come together and do so by growing and marketing their own food.

If you haven’t guessed by now that the Alt-Left academic world is trying to destroy every last vestige of traditional American culture and replace it with an angry, self-destructive mindset, nothing will open your eyes.