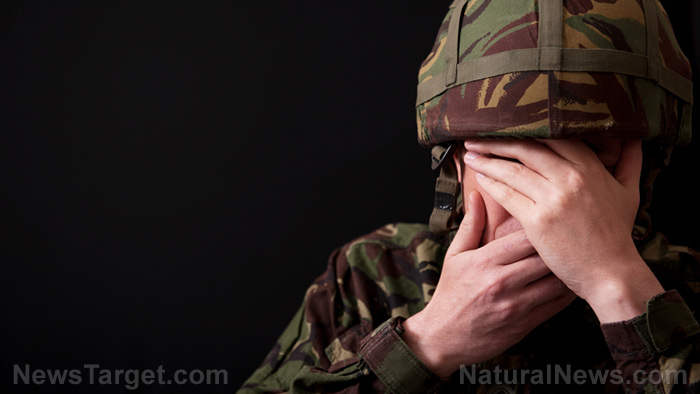 Gulf War Illness (GWI), or Gulf War Syndrome, is the name given to a cluster of chronic symptoms affecting Gulf War veterans and civilian workers. The cause behind these symptoms — which range from fatigue to joint pains to memory problems — has been studied and debated on for the longest time. Yet scientists from Rutgers Medical School and the Veterans Affairs New Jersey Health Care System may have found an another potential answer, and lingering effect of this conflict; one that lies in mitochondrial DNA (mtDNA).

According to lead researcher Michael J. Falvo, the idea for looking into the mitochondria came shortly after he joined the Veterans Affairs New Jersey Health Care System. There, he learned that numerous Gulf War veterans had unexplained symptoms throughout many areas of their bodies. “To me, that sounded awfully consistent with the symptoms of mitochondrial disorders. After reviewing the literature, I realized at that time there was no published study on GWI that investigated whether mitochondrial dysfunction contributed to symptoms,” explained Falvo.

As part of their study, Falvo and his colleagues recruited 28 participants: 21 veterans who had GWI, and three veterans without GWI, and four non-veterans who served as the control group. Blood samples were collected from each participant, which were then analyzed using a revolutionary technique that allowed the researchers to study the mtDNA without having to isolate it from total DNA.

They discovered that the veterans with GWI had more mtDNA and a greater number of lesions, implicating an overabundance of DNA damage. As stated on ScienceDaily.com, the lesions were direct measures of DNA damage, while the extra copies of mtDNA were reflections of the body’s response to the damage.

Their findings were consistent with the symptoms of patients who had mitochondrial dysfunction. People with this condition tend to experience a variety of symptoms across different organ systems, namely the muscles and nerves. Veterans who had GWI have reported feeling the same symptoms. Furthermore, there are veterans who claimed to have been exposed to dangerous chemicals and toxins during the war. (Related: Gulf War illness found to be caused by toxic chemicals.)

“Mitochondrial dysfunction among veterans with GWI may help explain, in part, the persistence of this illness for over 25 years. For example, chemical and environmental exposures during deployment may have provided the initial [harm] to mtDNA and accumulation of damage,” noted the researchers. Mitochondria, the energy powerhouses of cells, are highly sensitive to damage that could be caused by toxins.

Following this, Falvo has stated that he and his colleagues intend on expanding their efforts to further confirm the results of their study. “More importantly, we want to gain new knowledge of the damage of mtDNA on mitochondrial function and the recovery process. We need to be sure that our findings are robust. For us, that means confirming the present results but also investigating what might be contributing to mitochondrial DNA damage or its lack of repair,” he said.