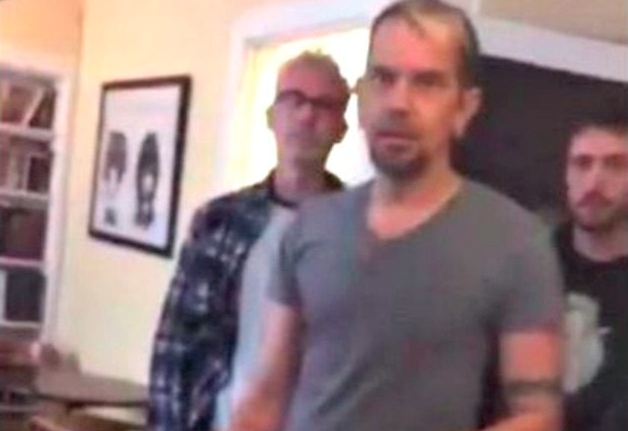 While the progressive left generally enjoys labeling Christian conservatives as bigots and homophobes for adhering to their religious beliefs, it turns out that in many cases, gays are the ones that are full of hate and Christians are the victims.

At a coffee shop in Seattle, for instance, a Christian pro-life group called Abolish Human Abortion was denied service after the owner, who happened to be gay, angrily asked them to leave.

“I’m gay. You have to leave,” said owner Ben Borgman. When activist Caytie Davis asked Ben whether or not he was really denying her and her group service, Borgman replied rather bluntly, “I am. Yeah.”

The coffee shop owner was offended at the fact that the pro-life group had been handing out pamphlets to Seattle residents about sin, the Bible and abortion. “This is offensive to me,” Borgman exclaimed. “I own the place. I have a right to be offended.”

Even when the group tried to explain to Borgman that they didn’t leave any of their pro-life pamphlets inside of his coffee shop, Borgman continued to harass them. “There’s nothing you can say,” he told them. “This is you and I don’t want these people in this place.”

Things started to get rather explicit when Borgman asked one of the activists whether he would “tolerate” a sex act between him and his boyfriend. “If I go get my boyfriend and f**k him in the a** right here you’re going to tolerate that? Are you going to tolerate it?” he raged. “That would be your choice,” the activist replied. “Answer my f***ing question!” Borgman yelled back. “No, you’re going to sit right here and f***ing watch it! Leave, all of you! Tell all your f***ing friends don’t come here!”

Wow. If that’s not an overreaction, then what is exactly?

So far, congressional Democrats and liberals within the mainstream media have yet to condemn Borgman for refusing to serve his Christian customers, which is strange considering the fact that the left always claims to stand against bigotry and hatred. You would think that the political party that believes so heavily in tolerance and compassion for all would have at least a few things to say to a coffee shop owner who refused to serve people based solely on what they believe in. It’s a question that has to be asked — where are the liberal democrats? (Related: Christianity is now criminalized in America.)

The progressives sure didn’t remain silent five years ago when Christian baker Jack Phillips of Lakewood, Colorado refused to bake a cake for a gay couple because of his faith. For months, the liberal media viciously targeted and attacked Phillips, calling him a bigot, a homophobe, and virtually every other derogatory name in the book. The freedom of religion under the First Amendment to the United States Constitution was thrown out the window entirely, and a man who never wanted any trouble to begin with was slandered for no reason. Where is this same sort of outrage now that we have a story about a gay coffee shop owner who denied service to some of his customers?

There’s actually a fairly simple explanation — the liberals do not believe in tolerance and compassion for all like they claim they do. While gays, illegal aliens and Syrian refugees are almost always defended and accepted by the progressives, pro-life activists, Christian organizations, and conservative groups are always harassed and viciously attacked. If Democrats really were the tolerant and compassionate individuals that they claim to be, then they would condemn the owner of this Seattle coffee shop for being intolerant and full of hate. Otherwise, they are going to continue to lose credibility.