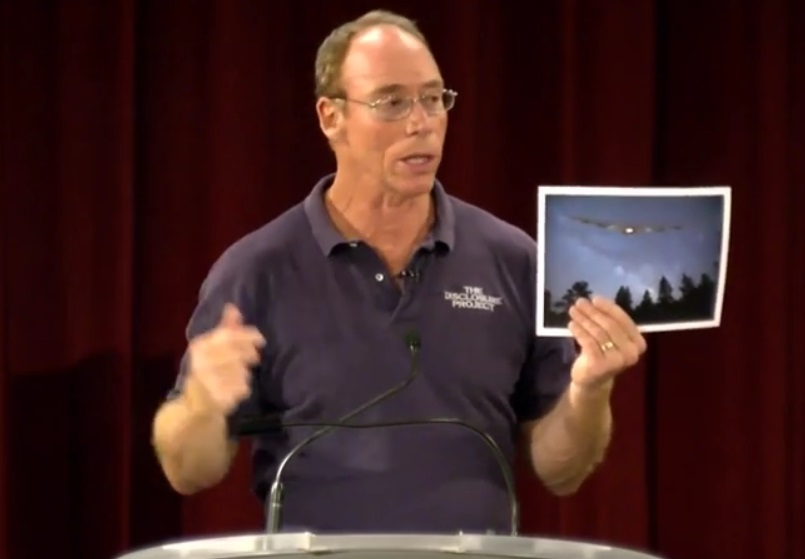 An upcoming interview to be published next week on Natural News features Dr. Steven Greer in a face-to-face interview with Mike Adams (the Health Ranger). Dr. Greer is an emergency room physician who has spent decades researching UFO phenomena. His new film, “Unacknowledged,” is currently one of the most popular feature documentaries on Netflix (see link and trailer below). Mike Adams is the founder and lab science director of CWC Labs, a mass spec analytical laboratory specializing in heavy metals and chemical analysis of food and environmental samples.

What’s interesting about this interview is that both Dr. Greer and Mike Adams are trained in the sciences, yet both recognize the deep layers of deception used by powerful, covert groups to deceive and manipulate humankind. This rare interview delves into UFO myths vs. truths, social engineering and the “grand false flag” that may subject all of humanity to a faked alien invasion as a means of finalizing a totalitarian world government.

In effect, Dr. Greer is warning humanity about the most massive false flag operation in the history of the world. If he’s right, we are all about to be subjected to an unprecedented psychological warfare operation rooted in fear and deception in order to achieve world government and the outright elimination of individual liberties and national sovereignty.

The full interview, lasting about 45 minutes, is being published next week on NaturalNews.com.

See Dr. Greer’s site at SiriusDisclosure.com, then watch and share the trailer below:

Here’s the trailer for Unacknowledged: