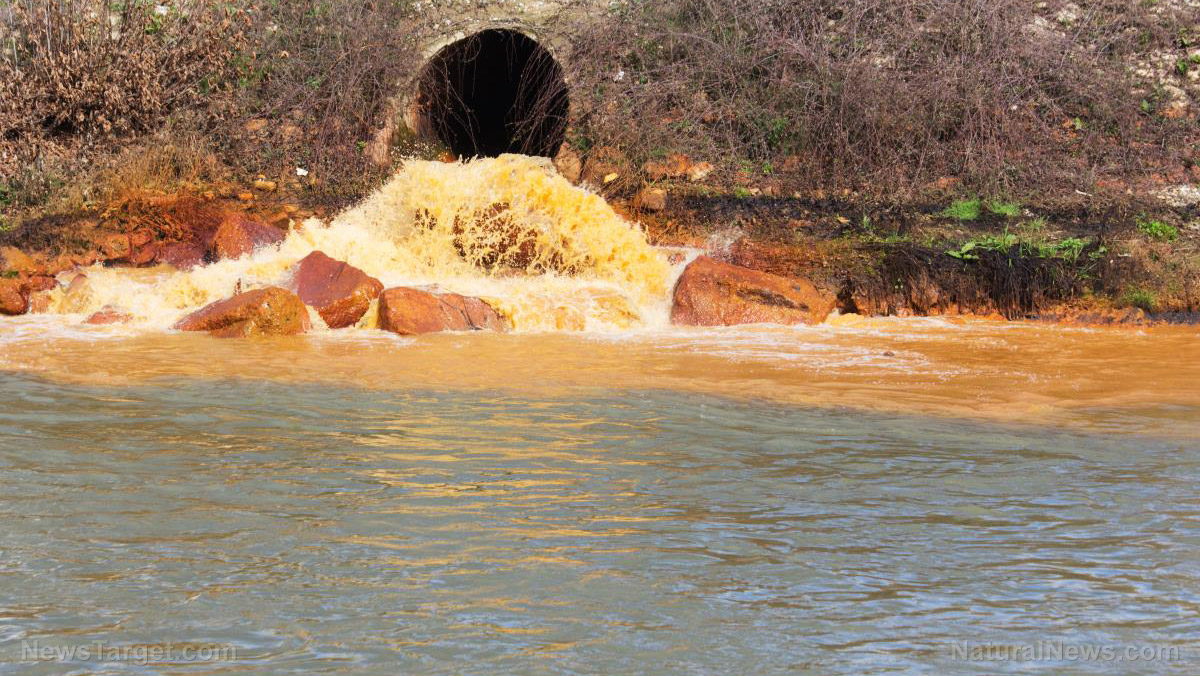 In the wake of Hurricanes Irma and Harvey, we’ve been hearing a lot about the dangers of flood waters. Filled with sewage, these waters are complicating life and putting people’s health at risk in the flood zone. It’s a disturbing problem, but if you don’t happen to live in the affected areas, it’s nothing you need to worry about, right?

Unfortunately, there is a good chance that you routinely eat food that comes from farms spread with sewage and don’t even realize it. That’s right; the same sewage that is sounding off health warnings in Texas and Florida is likely on your dinner plate and even the parks where your children play.

In Florida, local governments have been scrambling to deal with sewage spills after the hurricane, warning residents to avoid standing water due to the possibility of contaminants. A power outage near Miami caused 6 million gallons of wastewater to be spilled prior to completing the treatment process, prompting advisories against swimming at Miami beaches.

A similar warning has been issued in the Florida Keys, where people are being told to avoid swimming at all public beaches and avoid contact with flood water because it contains fecal matter from sewage systems.

Post-hurricane power outages and interruptions also caused lift stations that transport wastewater to treatment plants to shut down, propelling untreated sewage into people’s homes and up through manhole covers into the streets. Residents have been told to boil their tap water before using it for cooking or drinking.

In Houston, meanwhile, people affected by Harvey are still contending with flood waters containing a toxic mixture of chemicals, sewage, heavy metals and debris, along with the host of illnesses that can be caused by coming into contact with such waters.

Sewage problems not just in Florida and Texas

In many other cities around the country, many of which have never seen a hurricane, raw sewage is used to create fertilizer for food farms, which means that everything you flush down your toilet could eventually end back up on the food that you and your family eat. It’s a practice that surprisingly few people are aware of despite its widespread use, and it’s the subject of a film by Mike Adams, the Health Ranger, called Biosludged.

Formally referred to as “biosolids” to obscure its unpleasant nature, treated sewage sludge is used on farms as an “organic fertilizer.” There is no evidence that it is safe, yet few scientists have gone on the record as saying it’s risky. It’s not hard to understand why; when microbiologist Dr. David Lewis spoke out against the use of biosolids, his career was subsequently destroyed by the EPA. He says that scientists who dare to voice a negative option about the industry often wind up fired or in jail, while those who help fake data to support the practice find themselves gaining promotion and protection. City leaders get kickbacks for allowing companies to carry out this practice, so it’s unlikely to stop any time soon.

Some people fail to see the big deal here, reasoning that it’s not that different from using animal manure to fertilize a field. However, when you consider all of the toxins that people consume, especially drugs, prescription medications, antibiotics, and birth control pills, it’s easy to see why having this in our food supply is so concerning. Don’t forget all the chemical face creams, body lotions, and cleaning supplies that go into our sewage systems. Biosludge contains not only human fecal bacteria but also heavy metals and toxic chemicals at high concentrations.

For example, organic biosolids compost distributed by city of San Francisco to local residents to use as a natural fertilizer was found in tests to contain “appreciable concentrations” of flame retardants, toxic antibacterial agents, and many other chemicals.

As you can see, even if you are outside of the hurricane zone, the threat of sewage is a very real one as long as the EPA continues to look the other way as biosolids are used on food farms, playgrounds, and parks.