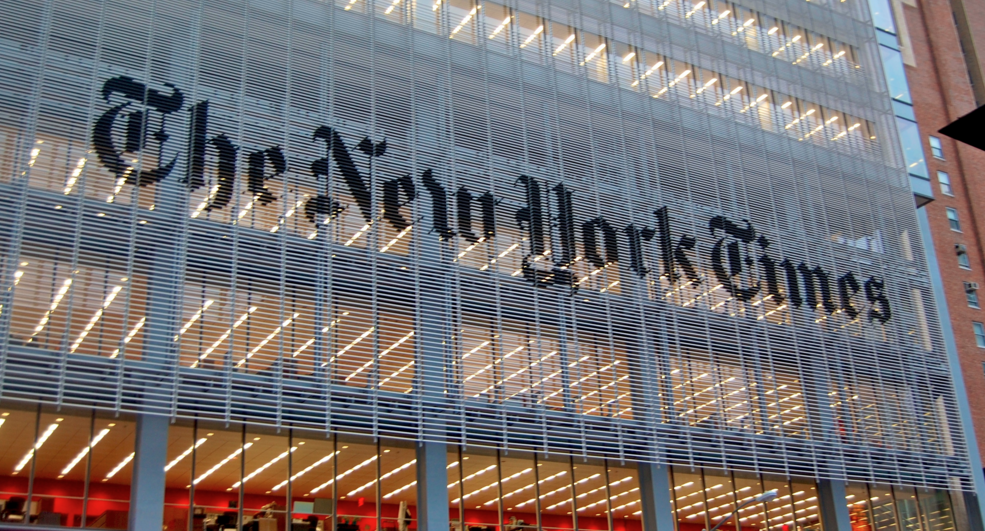 A good rule of thumb for the Trump administration to use when determining foreign policy is to oppose everything that The New York Times says is a good idea. That’s because The Times’ editorial board, editors and reporters don’t have Trump’s – or America’s – best interests in mind.

As noted by Breitbart Jerusalem’s Aaron Klein, in recent weeks The Times has been running editorials and stories pushing the Trump administration not to place the Muslim Brotherhood on the State Department’s list of terrorist organizations.

But, as Klein notes, the group has a long, long history of promoting Islamic rule and implementing it in any way possible, including through the use of terrorism:

“The Muslim Brotherhood openly seeks to establish a worldwide Islamic caliphate based on Sharia law. While many Brotherhood wings reject the use of violence as a strategic tactic, preferring instead a sophisticated gradualist strategy to achieve their aims, the Brotherhood has spawned terrorist organizations – most notably Hamas – that adhere to its philosophy of a world order based on Islam. The Brotherhood was also a central player in the so-called Arab Spring, revolutions punctuated by violence across the Arab world.” [Emphasis added]

This, just as new reports say that elite Hamas fighters are joining the ranks of ISIS.

Indeed, as Klein notes, if the U.S. were to add the Muslim Brotherhood to the list of terrorist or terrorism-sponsoring organizations, it would join other Muslim countries that have done the same thing, including Egypt, United Arab Emirates and Saudi Arabia. (RELATED: The threats to America are real – keep track of them at Terrorism.news)

But none of this matters to The Times, whose editorial board today advocates for America’s enemies just like it did in the 1930s, when it failed to believe that Hitler’s anti-Semitism was real, and soft-pedaled his rise to power as “a new moderation.”

Relying on the well-worn but monumentally incorrect theory that if the West identifies and calls radical Islamic terrorism by its name then that only inspires more terrorism because it creates an atmosphere of “racism” in the Middle East, The Times has warned against designating the Brotherhood as a terrorist group. The paper also claims that the designation “appears to be part of a mission by the president and his closest advisers to heighten fears by promoting a dangerously exaggerated vision of an America under siege by what they call radical Islam.”

That’s an interesting characterization, given that The Times actually published an “Explanatory Memorandum” this week that was written by a member of the Muslim Brotherhood in 1991, and involved “eliminating and destroying the Western civilization from within,” with emphasis on conducting operations within the United States.

And still the pinheads at The Times advocate on behalf of the Brotherhood. Are these people just stupid, or are they traitors? You be the judge.

But it’s clear that The Times is no longer America’s “paper of record,” because the election of Trump to the presidency proved once again that the bulk of Americans outside of California are patriotic and are craving a re-institution of constitutional government, law, order and border protection that would help prevent infiltration by terrorist forces intent on doing us harm. (RELATED: Who is trying to destroy our society today? Stay informed at Collapse.news)

They have even said as much – and still a major American newspaper refuses to acknowledge the danger. Rather, they accuse our president and, by default, those of us who support him, of allowing racism to motivate policy (the 90-day travel ban, for instance, that has been allowed to become a political football when it should not have been).

The goal of the Muslim Brotherhood is the replacement of American democratic republicanism and constitutionalism with authoritarian Sharia law, where women are considered second-class citizens, gays/lesbians/transgenders/etc. are jailed or killed, and there is a singular religious belief and philosophy tolerated: Islam.

From a newspaper that allegedly champions the rights of minorities, women and the persecuted, the very last thing the journo-terrorists on the NYT editorial board should support is a group that stands in opposition to those principles.