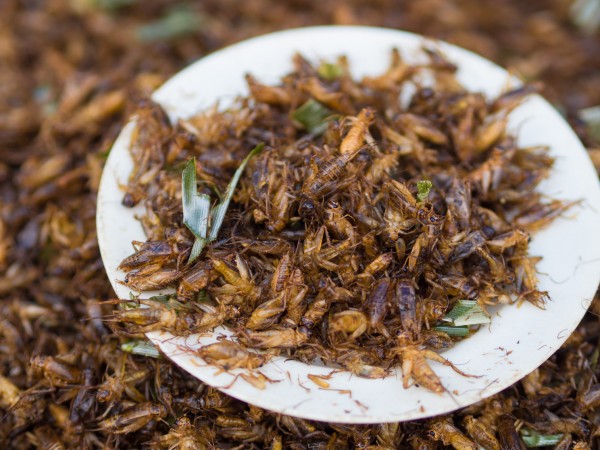 When you look at the American people as a whole, it’s clear that they don’t care about their health all that much. From the disgusting, imitation food that we shove into our mouths, to the pharmaceutical drugs we become addicted to, and our overall lack of wellness, our country’s citizens visibly don’t take care of their bodies. Thankfully, that has slowly been changing over the course of the past few years, with many people finally taking control of their bodies and taking steps in the right direction to improving their overall health.

One of the major reasons why the health of the American people is dwindling is because their diets are poor. They eat large portions of unhealthy food simply because they believe that it tastes better than healthy alternatives. New evidence has shown that there may be a natural alternative that is significantly better for you than the beef products that many of us eat every day – insects.

Crickets and grasshoppers have been proven to be a better source of iron and nutrients than beef – and the shocking 2 billion people across the globe who incorporate insects into their diet are reaping the benefits. Since iron is so important to our well-being, perhaps more of us should consider following suit.

Mia de Graaf of the UK’s Daily Mail reports, “Iron is a particularly important nutrient that is often missing in non-meat diets, causing iron-deficiency anemia, which can lead to lower cognition, immunity, poor pregnancy outcomes and other problems. In a finding that could make many readers’ skin crawl, crickets had the highest levels of iron – and was much better absorbed by the human body than beef.”

But will people in America actually decide to start munching on insects as part of becoming healthier? There’s no reason to rule out the possibility. After all, sushi was seen as repulsive by many before becoming extremely popular in recent decades. Who’s to say that crickets aren’t next?

Regardless of what we decide about eating bugs, it is of the utmost importance that we all start eating healthier. While indulging in some unhealthy food from time to time is just human nature, constantly shoving red meat, fast food and sugary treats down our throats is only destroying our bodies. We need to stick around for a little while longer, despite the fact that all of the problems facing the world today may make the opposite seem quite appealing.