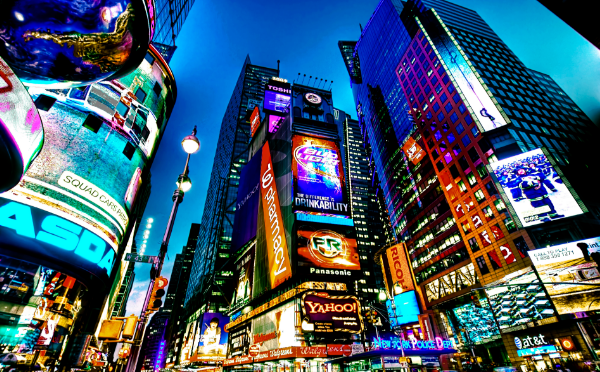 Many people, especially in America, are under the mistaken impression that communism is a dead issue in the world today. But the folks at Victims of Communism Memorial Foundation want to remind us all that one in five human beings still live under this oppressive system and they have just launched a billboard campaign in New York’s Times Square to do just that.

The group launched the campaign because they believe people need to re-awaken to the dangers of this inhuman system as well as its destructive legacy. Victims of Communism Memorial Foundation also hopes to point out that support for communism is once again spreading across the world especially among people in colleges and universities right here in the U.S.

In exclusive comments to Breitbart News, Executive Director Marion Smith said, “The stories of 100 million victims are being overlooked and ignored while we now open up relations with regimes that killed them, such as the Castros’ in Cuba.”

This is what your afraid to show #2a @smithmarion pic.twitter.com/RsPS8iKStY

This is an actual billboard on 42nd St between 7th and 8th Ave #CommunismKills pic.twitter.com/BGtkcH0dGH

“We put these billboards in the heart of the world’s media capital for a reason: we want to encourage and bolster reporters to tell the stories about the evils of today’s Communist regimes that still deny basic human rights,” Smith added. “It’s not an ideology of the past, it’s an ideology that is still very much in operation around the world and unfortunately one that is gaining unprecedented levels of support in surprising places like the United States.”

The Victims of Communism Memorial Foundation is a Washington-based, non-profit educational and human rights organization devoted to commemorating the more than 100 million victims of communism around the world and to the freedom of those still living under totalitarian regimes. Recently VOC has announced its efforts to launch an international museum on communism in Washington in 2017.