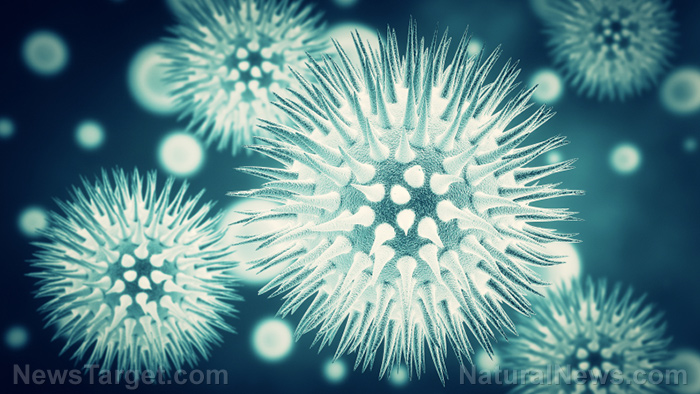 Three weeks after getting his third “vaccine” for Covid-19, a 76-year-old man with Parkinson’s disease died, prompting Dr. Michael Mörz of Hospital Dresden-Friedrichstadt in Germany to conduct an investigation. He found that the man’s heart and brain were loaded with Chinese Virus injection spike proteins.

The resulting case report, which was published in the leading journal Vaccines, shows that the man’s first shot was Oxford-AstraZeneca’s viral vector covid injection, which was licensed for use throughout Europe. The man then received Pfizer-BioNTech’s mRNA (messenger RNA) shot duo later in the year.

During the time since his last injections and his death, the man developed strange discrepancies in clinical symptoms that prompted his family to request an autopsy. The man’s Parkinson’s symptoms worsened while he experienced severe motor impairment that left him in a wheelchair.

The man also developed serious heart problems, which first started showing up after the Oxford-AstraZeneca injection. His brain deteriorated, as did his body movement, until eventually the man passed. (Related: Fully vaccinated women pass mRNA on to their babies via tainted breast milk.)

“He never fully recovered from this but still was again vaccinated in December 2021,” reports explain about how the man continued to get jabbed despite experiencing a severe reaction after his first shot.

“Two weeks after this third vaccination (second vaccination with BNT162b2), he suddenly collapsed while taking his dinner. Remarkably, he did not show any coughing or other signs of food aspiration but just fell from his chair.”

The man’s collapse was blamed on aspiration pneumonia, but his family is not so certain this is accurate. After what is described as an “intense resuscitation,” the man “recovered” for about a week before collapsing suddenly a second time, also during a meal.

Another round of “prolonged resuscitation attempts” was initiated, followed by transfer to the hospital. The man was then placed into an artificial coma where he died not long after that.

Mörz later discovered that the man had no prior exposure to the Fauci Flu before getting a trio of injections throughout 2021. At the same time, the man’s heart and brain were loaded to the brim with deadly spike proteins.

“Although there was no history of COVID-19 for this patient, immunohistochemistry for SARS-CoV-2 antigens (spike and nucleocapsid proteins) was performed,” Mörz’s study reads.

“Spike protein could be indeed demonstrated in the areas of acute inflammation in the brain (particularly within the capillary endothelium) and the small blood vessels of the heart. Remarkably, however, the nucleocapsid was uniformly absent. During an infection with the virus, both proteins should be expressed and detected together.”

Mörz goes on in his paper to explain that since the so-called “vaccines” for covid are designed to encode spike protein, this further proves that the presence of spike proteins is due to the shots and not a “covid infection.”

“This agrees with the patient’s history, which includes three vaccine injections, the third one just 3 weeks before his death, but no positive laboratory or clinical diagnosis of the infection,” Mörz further revealed.

“… this is the first report to demonstrate the presence of the spike protein within the encephalitic lesions and to attribute it to vaccination rather than infection,” Mörz writes.

“These findings corroborate a causative role of the gene-based COVID-19 vaccines, and this diagnostic approach is relevant to potentially vaccine-induced damage to other organs as well.”

As the death toll from Chinese Virus injections increases, we will keep you informed about the latest at ChemicalViolence.com.