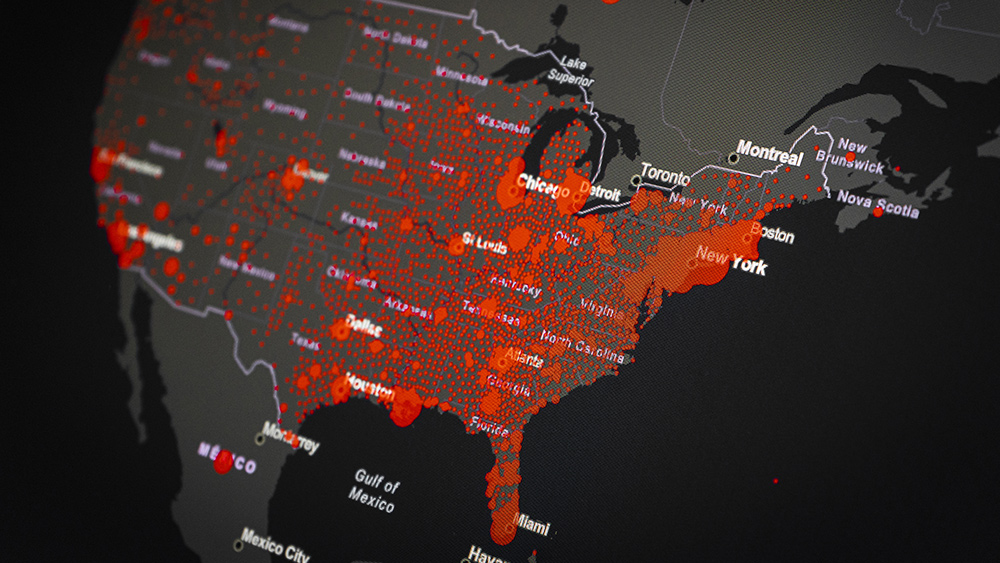 A top data manager at Florida’s Department of Health resigned after being told to hide vital data about the number of COVID-19 cases in the state. According to internal emails obtained by the Tampa Bay Times, Rebekah Jones had objected to the removal of records showing whether people had symptoms of positive tests before the cases were announced.

The emails reveal that department staff gave the order after reporters had asked for the data on May 5. Jones, the department’s geographic information systems manager, complied with the order, but not before telling her supervisors that it was the “wrong call.”

The next day, control over the data was given to other employees. Jones wrote in an email, posted Friday on a public listserv, that she was no longer handling questions about the department’s “Florida’s COVID-19 Data and Surveillance Dashboard,” and implied that her removal was an act of retribution.

On Tuesday, Jones said that she was offered a settlement and the option to resign instead of being fired, effective May 26.

The COVID-19 dashboard that Jones managed is the best source of data on how the Wuhan coronavirus is moving through Florida. Without access to it, people in Florida would have to rely on the word of politicians and officials without the ability to verify it for themselves.

In addition to the dashboard, the department also releases the same data, with slightly more information, in the form of daily reports that allow for easier data analysis.

With what happened to her, however, Jones is now questioning whether people can continue to trust the data on the dashboard.

“As a word of caution, I would not expect the new team to continue the same level of accessibility and transparency that I made central to the process during the first two months. After all, my commitment to both is largely (arguably entirely) the reason I am no longer managing it,” she wrote.

“They are making a lot of changes. I would advise being diligent in your respective uses of this data.”

Emails sent on May 4 indicate a busy timeline leading up to Jones’ reassignment and eventual termination.

According to the Miami Herald, reporters contacted the department that day to ask about the “EventDate” field of data, which showed when people first reported coronavirus symptoms or positive test results. This field listed dates as far back as January 1, indicating that people had the virus much earlier than when the first cases were confirmed in March.

On that same day, however, the field disappeared from the “Person Cases” data, which lists anonymized records for every confirmed case in the state. The Tampa Bay times, which automatically checks for changes in the data and archives any updates, noted that the EventDate field had disappeared from the data by 3:02 pm on May 4. (Related: STUPID-19 strikes again: Georgia Gov. Brian Kemp releases rigged coronavirus chart that scrambles dates to create false impression of infection decline.)

During a news conference Tuesday addressing Jones’ public email, DeSantis said that he did not know Jones but that he had been shown an email that she had sent to her supervisor, apologizing.

Meanwhile, the governor’s spokeswoman, Helen Aguirre Ferre, stated in an email to reporters after the conference Jones “exhibited a repeated course of insubordination during her time with the Department, including her unilateral decisions to modify the Department’s COVID-19 dashboard without input or approval from the epidemiological team or her supervisors.”

In a follow-up email, also referenced by DeSantis, Jones told her supervisor that her comments about the employees replacing her had been misconstrued.

“What I meant when I said I don’t expect the same level of accessibility is that they are busy and can’t answer every single email they get right away,” wrote Jones. “Is this one of those stupid things I shouldn’t have said?”

During his conference, reporters raised a number of questions for DeSantis to answer. Why was Jones asked to take down data? Why was she taken off the dashboard and later fired? However, the governor left the conference even as the reporters were asking these questions.