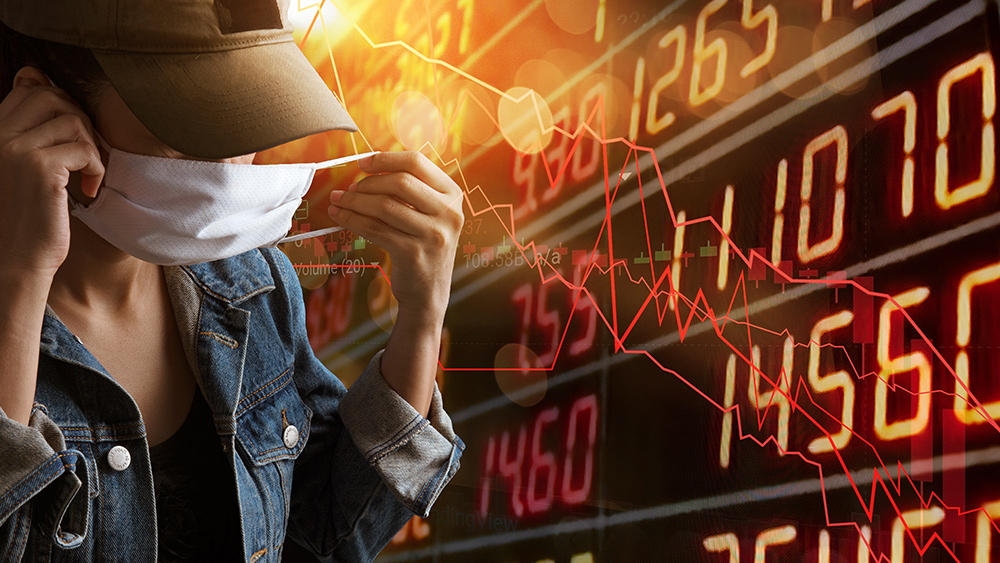 A total of 2.981 million Americans filed for unemployment insurance this past week, the Department of Labor reported Thursday. The figure raises the eight-week total for jobless claims to more than 36 million, by far the biggest loss in U.S. history.

Last week was the sixth straight week in which new jobless claims have fallen. However, claims remain elevated at a level that dwarfs that of the largest week of U.S. job losses following the 2008 financial crisis where 665,000 claims were filed.

“They remain grotesquely high by all but the most recent standards,” Ian Shepherdson of Pantheon Macroeconomics wrote in a note. “In the worst single week after the crash of 2008, claims reached just 665,000.”

The recent nonfarm payroll report showed a U.S. economy ravaged by the coronavirus pandemic. Talking to Business Insider Thursday, Nick Bunker, an economist at Indeed, explained that the numbers reflected the continued deterioration of the labor market. (Related: Moody’s warns new coronavirus wave will plunge US economy into depression.)

In addition to initial jobless claims, continued claims — those who have been approved for unemployment filing each week for their benefits — have also continued to surge. According to Labor Department data, continued claims hit nearly 23 million in the week that ended on April 25 (continued claims data lags behind initial claims by a week).

“Historically, the sum in initial jobless claims between survey periods vastly surpasses the change in continuing claims, and the latter tracks much more closely with the change in the number of unemployed especially during recession,” wrote Bank of America economists led by Alexander Lin in a May 6 note.

Continued claims numbers will be important for this reason going forward. These numbers show how many Americans are dealing with extended periods of unemployment. This can have massive repercussions on consumer sentiment and spending.

Consumer spending is a cornerstone of the U.S. economy. With this in mind, getting people working and earning money as quickly as possible will be key in any recovery.

Last week’s job report showed that the U.S. economy lost 20.5 million payrolls during the month and sent the unemployment rate to 14.7 percent, its highest since the Great Depression. However, even the staggering count was most likely an undercount of the full scope of the devastation caused by restrictions meant to stimy the spread of the pandemic.

In March, the Federal Reserve Bank of St. Louis projected that the unemployment rate would reach 32 percent by the second quarter. This would set a record high, beating the estimated 24.9 percent unemployment rate set during the Great Depression.

While the totals for both initial and continuing claims remain high, economists expect the employment outlook to brighten up somewhat as more states begin loosening their restrictions.

“With most states only beginning to ease their lockdowns within the last 10 days, we expect a much bigger swing in hiring versus firing over the next couple of weeks, which suggests the unemployment rate will begin to drop back,” stated Capital Economics’ chief U.S. economist Paul Ashworth.

Last Friday’s jobs report also contained a silver lining that could give a glimmer of hope for the labor market. During the month of April, there were 18.1 million people who were classified as on temporary layoff. This is a tenfold increase from the previous month.

This means that these workers think they have jobs waiting for them once the economy reopens.

“If that’s true, then this’ll be the shortest depression in history,” said Robert Frick, a corporate economist with Navy Federal Credit Union, to Business Insider.