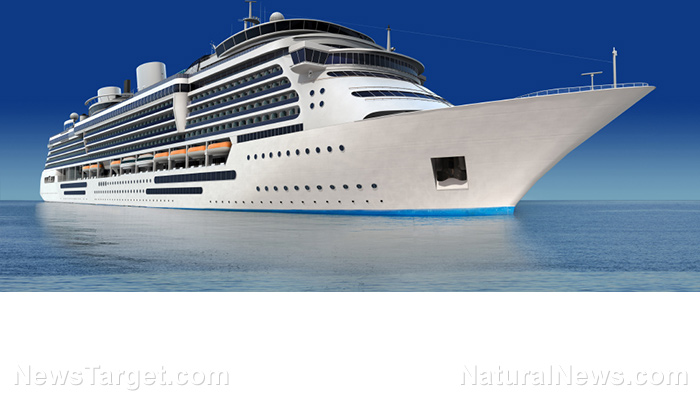 This year has been a tough one as the world navigates an unprecedented health crisis. The infection numbers and death tolls we’re seeing every day in the news are enough to make anyone desperate for some time away from reality, but yet another ugly aspect of this pandemic is the fact that it makes traveling a pretty bad idea. But that apparently isn’t stopping the throng of cruisegoers who flooded Carnival Cruise Lines and travel agents with bookings after the company announced that cruises would get underway again on August 1.

In a statement, the world’s biggest cruise line said they were taking a “measured” approach that would see sailings going from a select number of home ports with bigger operations that guests can reach more easily by car. Eight of their ships will reportedly return to service on that date, with three setting sail from Galveston, Texas, another three leaving from Miami, and the other two leaving from Port Canaveral, Florida.

They added that they would be working with the CDC and other governmental agencies to implement new onboard protocols. The date is one week after the July 24 expiration date of the recently extended no-sail order for cruise ships issued by the CDC.

According to travel agency Cruise Planners, the announcement spurred a 600 percent rise in bookings, a sharp 200 percent rise over last year’s numbers.

The company told TMZ that those booking the cruises were “not a bit concerned about traveling at this time,” with many claiming to be in good health and looking forward to letting some fun into their lives after months of quarantines.

People want to cruise despite ships being coronavirus hotspots

In March, Carnival suspended operations in hopes of slowing the virus’s spread on cruise ships, which became hotspots for the deadly virus to breed. The CDC and State Department warned Americans not to travel on cruise ships during the outbreak.

Earlier this month, the U.S. House Committee on Transportation and Infrastructure asked Carnival Corp to hand over documents related to the company’s response to the coronavirus outbreaks on their ships that killed dozens of people and infected more than 1,500 individuals. The committee said cruises are a “fertile breeding ground for infectious diseases.”

Carnival’s Diamond Princess ship was quarantined at a port in Japan in one of the first major COVID-19 outbreaks seen outside of China, and the company’s fleet has experienced an unusually high number of outbreaks. Its Grand Princess was quarantined off of San Francisco when the disease spread there.

Anyone who has ever been on a cruise ship can tell you what an enclosed environment it is. People gather in close quarters on even the biggest ships, convening in night clubs, restaurants, and other entertainment spots – not to mention the potential to spread disease at the buffets. Crew members live in even more cramped conditions, putting themselves at a greater risk of contracting the illness and then interacting with passengers and passing it on to them.

Even Carnival themselves don’t seem sure this is a good idea, saying in a press statement that they can’t guarantee the reopening will proceed as scheduled. And they stopped short of resuming all their cruises, with all other North American and Australian cruises being canceled through at least August 31.

Why are people so eager to go back to such a high-risk environment? The thought of willingly going into such cramped and potentially germ-laden quarters for no defensible reason – and paying good money to do so – defies common sense. If nothing else, the coronavirus has shown us that there is no shortage of people in the world who appear to have no survival instinct whatsoever.