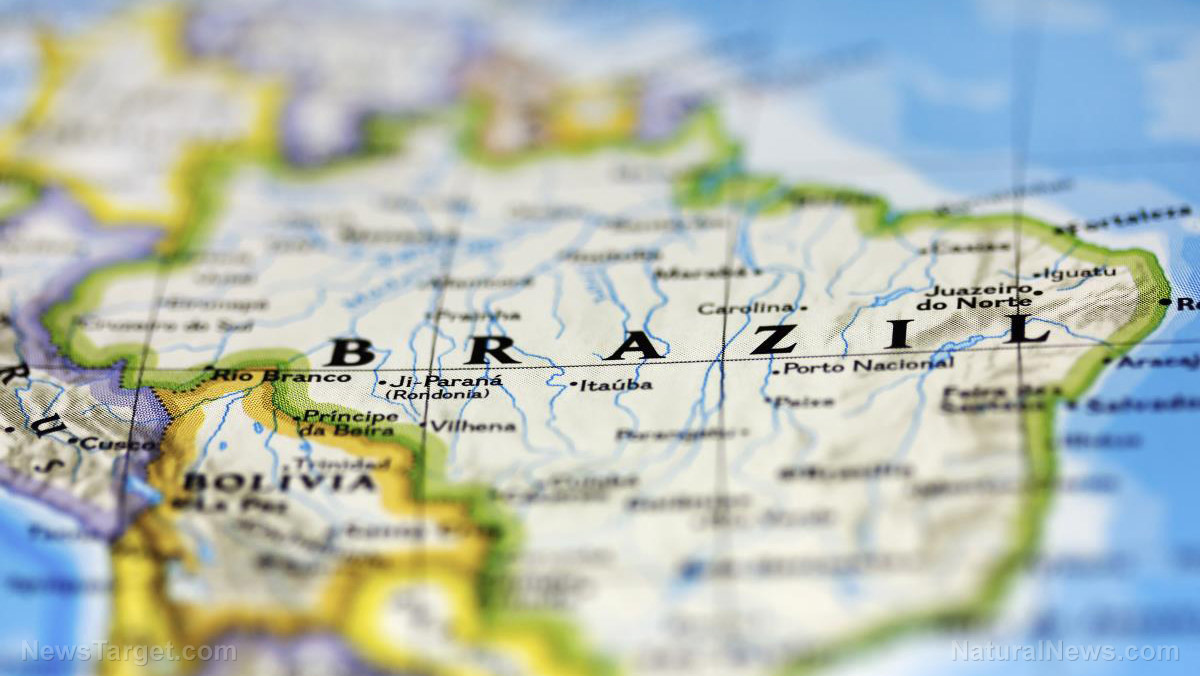 As COVID-19 continues its onslaught, many countries in Latin America are growing concerned with how Brazil is managing the contagion within its borders.

Colombia, which shares its southeast border with Brazil, recently boosted its military presence along its borders to stymie the spread of coronavirus in the region. President Ivan Duque announced the move following an uptick in new cases in the southern province of Amazonas, which borders Brazil and Peru.

Authorities in Leticia – the capital of Amazonas province – reported an increase in new cases, which included an outbreak in prison. But a report from the non-profit group LifeGate revealed that the number of cases in the region was 18 times higher than the national average. Angela Lopez Urrego, a doctorate student in the Leticia campus of the National University of Colombia, told LifeGate that the city’s healthcare system “practically collapsed” after the first case.

“There [were] something like five hospital beds, and the health personnel wasn’t prepared for Covid-19. Not at all,” Lopez Urrego added.

Health workers also decried the lack of equipment and facilities, at one point resigning in protest until they reached an agreement with hospital management. A recent visit from Health Minister Fernando Ruiz also prompted a national response, as he uncovered widespread corruption in the province’s healthcare system.

“If there’s one positive thing with regards to Covid-19 in Leticia, it’s that many pots have been uncovered. A lot of the corruption has come to the light of the day,” he added.

Aside from increased military presence, Duque said that the government would set aside more funds to help local health systems head off the spread of new infections and deaths.

Colombia currently has a total caseload of 12,930 and 509 deaths, according to data from Johns Hopkins University.

Listen below as Mike Adams, the Health Ranger, gives an honest analysis of COVID-19 death rates:

Paraguay, which shares most of its western border with Brazil, also enacted similar measures, with President Mario Abdo Benitez saying that the loose approach of Latin America’s largest country is a threat to Paraguay’s coronavirus response.

Brazilian President Jair Bolsonaro remains fiercely opposed to lockdown measures despite the grim figures. He is currently embroiled in a legal battle – with his own states – to reopen gyms, beauty parlors and other businesses. (Related: Brazil now on its way to becoming Latin America’s coronavirus hotspot; Manaus now a land of the dead.)

“Brazil is perhaps the place where there is today the greatest spread of coronavirus in the world, and that is a great threat to our country,” Benitez said. “We have to understand that this is a huge threat to the entire effort that the Paraguayan people have been making.”

Meanwhile, Peruvian President Martin Vizcarra said that the country’s coronavirus case rate has reached its peak and is now expected to decline slowly. The announcement, which Vizcarra made on May 13, is the latest development in the Andean state’s fight against the deadly contagion.

Despite its early response to the coronavirus, Peru is among the hardest-hit countries in Latin America with a total caseload of 76,306 and a death toll of 2,169. Iquitos, a border town near Brazil, has reported an increase in cases, with many doctors and nurses infected.

In Mexico, health authorities reported 1,997 new cases and 353 new deaths on Tuesday – the country’s deadliest day from COVID-19 since the pandemic began.