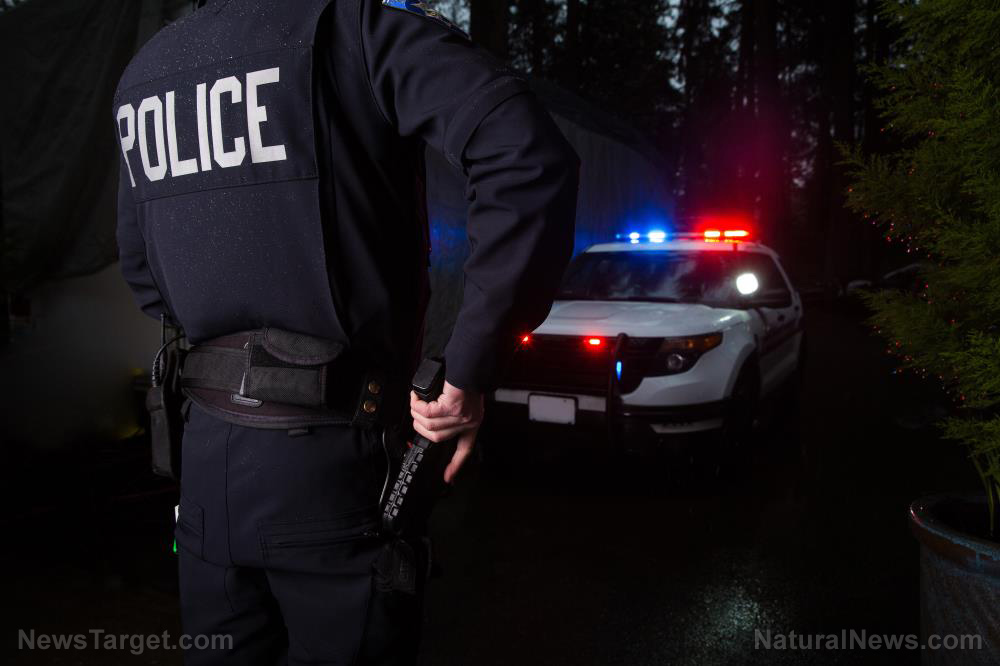 While we have certainly supported measures aimed at keeping people safe during the Wuhan coronavirus (COVID-19) pandemic, it’s getting to the point now where far too many local leaders have become too accustomed to their emergency authorities and are beginning to abuse the power.

This became evident in North Carolina on Tuesday when police were sent to break up a protest against the enduring lockdowns, arresting at least one person.

North Carolina is one of 43 states currently under a stay at home order over the coronavirus pandemic. Protesters gathered flying “Don’t Tread on Me” flags, and one person could be seen holding a sign reading “freedom isn’t free.”

The Raleigh Police Department tweeted out a message noting the #ReopenNC protest and added that protesters were in violation of Democratic Gov. Roy Cooper’s executive order requiring people to remain at home unless they are engaging in one of a few ‘permitted’ activities of necessity.

The protestors are in violation of the Governor’s Executive Order and have been asked to leave. #ReopenNC pic.twitter.com/AIEetS42NE

A local reporter estimated that at least 100 people were in attendance at the protest, and that one of them was arrested.

NEW: At least one person now under arrest by @raleighpolice for refusing to leave #ReopenNC demonstration outside @ncleg. At its height, there were probably 100+ people at the tailgate-style rally. @ABC11_WTVD @ABC @ABCPolitics #coronavirusNC #StayAtHome #abc11 pic.twitter.com/so9ZIzzqpY

The Daily Caller noted that the rally/protest was organized on Facebook by a group calling itself “Reopen NC.” At this writing, the group had about 27,000 members.

At the rally, demonstrators were heard blasting car horns in front of the state capital at one point during the event.

All across the country, governors and mayors have imposed restrictions on who can go out, when, and for what purpose. While Democrats in Congress and their pathetic media propagandists have pressured President Donald Trump to issue a nationwide shutdown order, he has never done so, choosing instead to let states handle their own responses.

Many believe orders are beginning to run afoul of the Constitution

Some governors have resisted issuing statewide shutdown orders, among them Kristi Noem of South Carolina.

“The people themselves are primarily responsible for their safety,” she said last week as she and the other states that have yet to issue such orders came under fire. In response, however, she said that both her state’s and the U.S. constitutions “prevent us from taking draconian measures much like the Chinese government has done.”

Other governors, such as Nebraska Gov. Pete Ricketts, say their decisions not to impose a statewide lockdown order are based not on the advice of national health leaders but rather those in their own states.

Also, the states in question are not experiencing mass outbreaks. For example, as of this writing, South Dakota has only seen 212 coronavirus outbreaks, while Nebraska has seen 323.

It should be noted that many governors issued shutdown orders when their states had only a few infections. And many of those states still don’t have a great deal of coronavirus cases, yet they remain locked down, essentially.

And now, those orders are beginning to run afoul of the Constitution, according to some Americans, like the protesters in North Carolina. What seems especially absurd is that some U.S. district courts have struck down state bans on abortions during the coronavirus pandemic as ‘constitutional infringements,’ but have upheld other orders banning gun store sales and, of course, First Amendment free speech demonstrations.

As The National Sentinel noted three weeks ago shortly after governors began issuing shutdown orders — again, many with only a few cases in their states — no one explained what would have to happen for the orders to be lifted:

What has to happen before the lockdown orders will be rescinded? A downward trend in infection rates? Or will the orders remain in effect until there are no new infections — because as long as even one American is infected, there is a danger that others will become infected too…right?