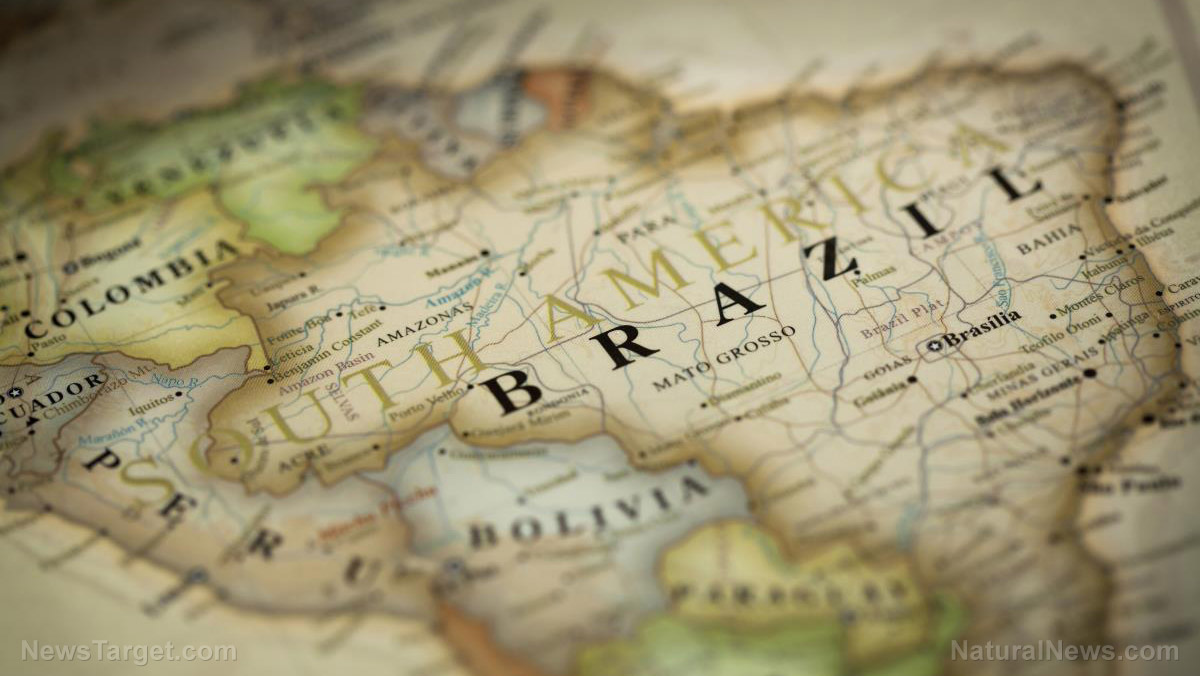 Brazil, the largest country in Latin America, has 23,723 confirmed coronavirus cases and 1,355 deaths, according to the latest tally from Johns Hopkins University Monday. However, these numbers may represent just a fraction of the country’s actual caseload, reveals a shocking new study led by a consortium of universities and institutions in the country.

In their report, the team looked at the death-to-case ratio – the number of deaths caused by a certain disease during a time interval – for COVID-19 until April 10, 2020, and compared with the World Health Organization’s data for the expected death rate. Based on their data, the team estimated that only 8 percent of cases in Brazil are officially reported. They also noted that the higher-than-expected death rate in the country could also indicate the virus has already spread throughout communities.

The consortium, known as the Center for Health Operations and Intelligence, also noted that the majority of the testing is done on serious cases than all suspected cases, with many medical professionals complaining of long wait times to get results.

The Ministry of Health, led by Luiz Henrique Mandetta, has acknowledged the challenges when it comes to distributing tests, primarily because of the country’s size, but also noted the need to improve testing. According to official estimates on Thursday, Brazil has around 127,000 cases, but only 63,000 tests were carried out. In addition, over 93,000 tests are still being processed for results.

In an interview with Folha, the health ministry also revealed that it had distributed 54,000 PCR kits, which take longer to process but have more accurate results, as well as 500,000 rapid kits, which respond in as little as 20 minutes, given their limitations.

The team also reported that the number of hospitalizations for severe respiratory symptoms has risen threefold, but only 12 percent of these have been tagged as COVID-19, the disease caused by SARS-CoV-2, stating in their report: “The high degree of under-notification could give a false impression about control of the disease, and consequently, could lead to a decline in containment measures.”

Researchers from the center predict that the country’s coronavirus caseload will surge anywhere from 25,164, in its most optimistic scenario, to up to 60,413 cases, in its most pessimistic. (Related: Prep before it’s too late: Important prepping lessons to learn from the coronavirus pandemic.)

Brazil’s challenges when it comes to dealing with coronavirus is also exacerbated by the ongoing tensions between President Jair Bolsonaro and Mandetta. The former, in particular, is still downplaying the risks of the virus, even as Mandetta – together with state governors and local officials – push for stricter measures.

The conflict came to a head last week, with reports of Bolsonaro reportedly planning to fire Mandetta over their continued spat over the coronavirus. While the president’s advisers were able to change his mind, the health minister openly defied him on national television over the weekend, saying that Bolsonaro’s insistence on downplaying the virus is confusing the country.

“They don’t know whether to listen to the health minister or to the president,” stressed Mandetta, while urging the Bolsonaro administration to present a “single, united line” on dealing with the pandemic.

He also took aim at Bolsonaro’s flouting of social distancing guidelines, saying: “When you see people going into bakeries, to supermarkets … this is clearly something that is wrong.”

On Sunday, the two presented opposing claims on the country’s handling of the coronavirus: While Bolsonaro claimed that the virus “appears to be going away,” Mandetta gave a more somber assessment, warning the country that very tough days lie ahead.