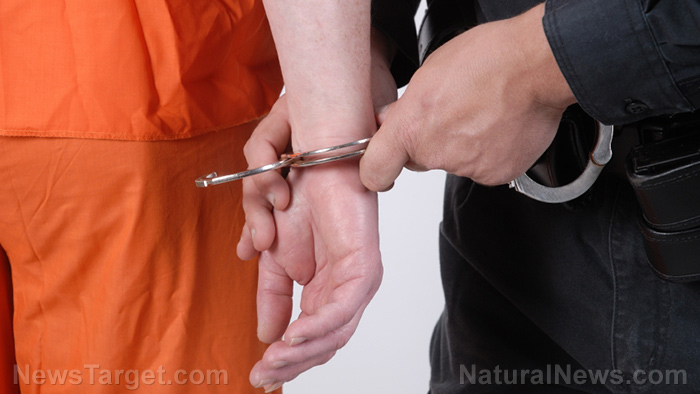 As the coronavirus pandemic continues to wreak havoc across the world, we’re seeing more and more civil unrest cropping up. In one particularly frightening example late last week, a group of inmates took over a Kansas prison cell block in a dramatic incident that went on for several hours.

Around 50 inmates in the C cell house of the Lansing Correctional Facility were involved in a disturbance that began at around 3:00 in the afternoon. At least 20 inmates somehow got out of their cells by evening and started “tearing up” anything they could find.

Staff managed to get out of the unit safely and monitor the situation over video, deciding that the best approach was to not get involved in the melee unless violence or fires broke out.

The entire disturbance took place inside the medium-security housing unit, and now the cause of the incident is under investigation. Several inmates and staff have been diagnosed with COVID-19 recently, with 12 inmates testing positive and being placed in a medical isolation unit and 14 staff members testing positive and isolating at home as of Thursday morning.

The whole facility was placed under restricted movement orders on Saturday. It has an overall capacity of 1,906 inmates, and the cell house where the incident took place houses between 120 and 160 inmates.

Under the movement restrictions that were put in place because of coronavirus, prisoners were not confined to their cells. However, they did have to eat their meals within their housing units, and changes were also put in place for recreation procedures in order to keep the number of people interacting in groups down.

An inmate told the media that coronavirus concerns relating to masks were part of the reason for the incident, and that frustration about being unable to shower only added to the dissatisfaction.

The inmates were able to get into some staff offices, where they threw papers and other items around. They also broke into fire extinguisher containers and discharged them, causing massive amounts of property damage.

The unidentified inmate said: “They’ve broken everything that could be broken, except the bars because you can’t break the bars.”

Other prison disturbances taking place around the world

Earlier this month, a destructive disturbance took place at a Washington state prison following the coronavirus diagnosis of six men who are behind bars at the Monroe Correctional Complex facility.

On that occasion, authorities made use of “sting balls” that release noise, light and rubber pellets, along with pepper spray, to try to keep the situation under control at the minimum-security unit. The incident, which involved more than 100 inmates, took place at around 6:00 in the evening in a recreation yard and saw fire extinguishers discharged within two housing units there. No one was injured in the disturbance.

In March, prison riots in response to coronavirus measures were seen across Italy, with prisoners rising up in places like Naples and Salerno, setting papers on fire and throwing them out of windows and groups of prisoners making their way to the roof. These incidents came after the Italian government put face-to-face meetings between prisoners and their families on hold for 15 days to help stop the spread of the disease.

The coronavirus outbreak is a serious problem for prisoners, and the type of social unrest we’re seeing in these settings could soon be something we see outside of prison walls as well if the pandemic isn’t managed properly.