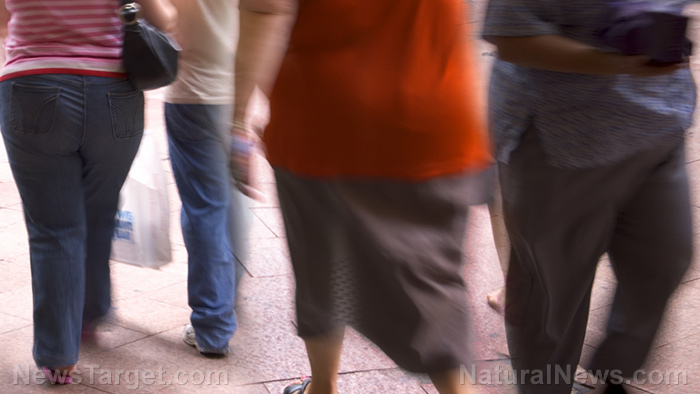 One of the fattest cities in America just so happens to also have one of the highest death rates from the Wuhan coronavirus (COVID-19), a correlation that experts say is no coincidence.

When asked to comment on this disparity, doctors and public health officials, in conjunction with available scientific data, all seem to agree that being fat is the biggest – no pun intended – elephant in the room.

“We’re just sick,” stated Rebekah Gee, Louisiana’s former Health Secretary and the current head of Louisiana State University‘s healthcare services division, about the situation. “We already had tremendous healthcare disparities before this pandemic – one can only imagine they are being amplified now.”

Like New York and Seattle, New Orleans was one of the early “hot spots” where cases of the Wuhan coronavirus (COVID-19) began to soar much more quickly than in other areas of the country. And early on, it became apparent that more people were dying there compared to any other.

Because New Orleans residents suffer from significantly higher rates of not just obesity but also diabetes and hypertension, experts determined that this is probably why more people in the Big Easy are succumbing to the virus, as well as dying from it.

Listen below to The Health Ranger Report as Mike Adams, the Health Ranger, talks about how as many as 90,000 people in America could die from the Wuhan coronavirus (COVID-19) by the time July rolls around:

All in all, some 97 percent of deaths from the Wuhan coronavirus (COVID-19) in Louisiana thus far occurred in people with these and/or other preexisting health conditions, which lends credence to the notion that this virus is most serious in folks who aren’t healthy at the onset.

Many believe that this data is a harbinger for other southern states, which are also among the fattest in the country. States like Alabama and South Carolina could see similarly high death rates from COVID-19 because they, too, have higher-than-average obesity rates.

The United States Centers for Disease Control and Prevention (CDC) is reporting that across the board, 78 percent of Wuhan coronavirus (COVID-19) patients that have been admitted to intensive care units (ICUs) had an underlying health condition such as diabetes, cardiovascular disease or chronic lung disease.

“What we worry about here is that we have more people in our communities with those conditions,” stated Dr. Joseph Kanter, an emergency department doctor and the top public health official in New Orleans.

“We’re more vulnerable than other communities, and the number of deaths we’ve seen illustrates that.”

“The burden of disease in Louisiana and the Deep South is higher than in the rest of the country,” Gee added.