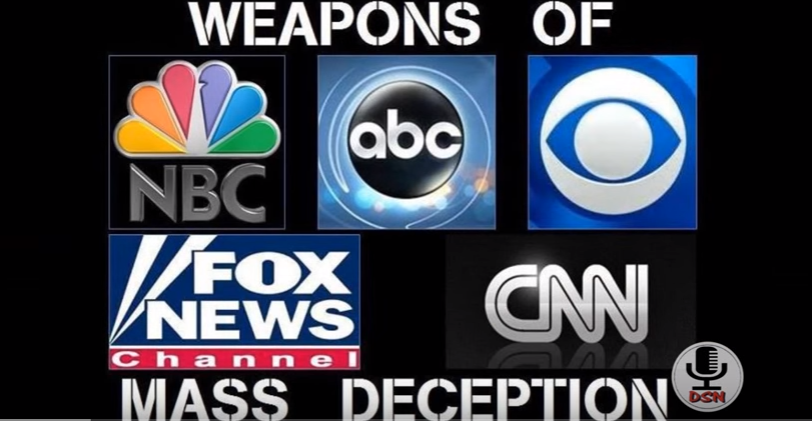 ANP and other Independent Media websites, with the help of other websites such as SteveQuayle.com linking and promoting articles, were recommending and encouraging their readers to prepare for the possibility that the Wuhan Coronavirus would end up spreading globally, months before the media acknowledge the danger.

Fact is if it didn’t, the preparations would eventually get used anyway, but if it did spread throughout the world, we would be ready to deal with an extended self-quarantine if it became necessary.

As many preppers will tell you, it is never, ever a losing proposition to be prepared for as many scenarios as possible. At some point, some type of disaster always strikes, whether it is a weather event, hurricanes, tornadoes, volcano eruptions, earthquakes, terror attacks, economic collapse, civil unrest, injury that puts one out of work….. whatever the catastrophe, being prepared can only be considered a good thing.

ESTABLISHMENT MEDIA IS STILL BEHIND THE CURVE

Months ago Independent Media outlets were the first to suggest getting some masks and gloves, just in case they would be needed. We also recommended getting some survival food so if someone decided to err on the side of caution and self-isolate if the COVID-19 coronavirus did jump the border out of China, they would be in a position to do so at will.

When Independent Media saw China starting to lock down their country, we warned “medical martial law” and shelter-in-place orders could very well hit America. When they locked down Italy, it stopped being a possibility and became a probability.

Here at ANP we spoke about getting ready for the worst case scenario and preparing to shelter-in-place back on February 2, 2020, and other Independent Media sites issued the same type of warnings.

We saw online sales of masks and gloves skyrocket as they also flew off the shelves in physical stores, along with food and basic necessities, with images of empty grocery store shelves coming in from all over the country.

When masks and hand sanitizer and other items became difficult to obtain and went on back-order, we put out how-to pieces, making your own mask or sanitizer, etc……. months ago.

The reason I have the words “media fails America on coronavirus,” in the headline is that they not only downplayed the entire thing, but treated those of us that saw the writing on the wall as “conspiracy theorists,” and to this very day, they are still behind the curve.

In an article dated March 31, 2020, over at New York Times (archive.is link here), they are finally getting around to suggesting things that Independent Media were recommending months ago, like “how to make a face mask,” and even then they are focusing on making the masks without the chemicals that kills viruses, and telling readers that they are “better than nothing.”

Even the CDC is just now considering recommending the general public wear face masks when out in public.

What the heck is wrong with these people?

They will tell you, ‘we didn’t want to panic people,’ but that is a load of BS. They could have done exactly what many Independent Media outlets did. Make the recommendation, say it is just in case, and better to be prepared and have nothing happen than have disaster hit and not be prepared.

They could have recommended self-isolating if at all possible to help prevent the spread, so that state officials wouldn’t force it and issue stay-at-home or shelter-in-place orders.

They could have pointed out that those that are prepared won’t be out there panic shopping at the last minute and in fact, when fully prepared for a scenario that we watched play out in multiple countries before America, then there is nothing to be panicked or scared about.

Had this COVID-19 not spread so fast and far in the U.S., we in the Independent Media would have been thrilled and our readers would have been prepared for the next possible crisis.

Win/Win for everyone with the brains to not trust the MSM. 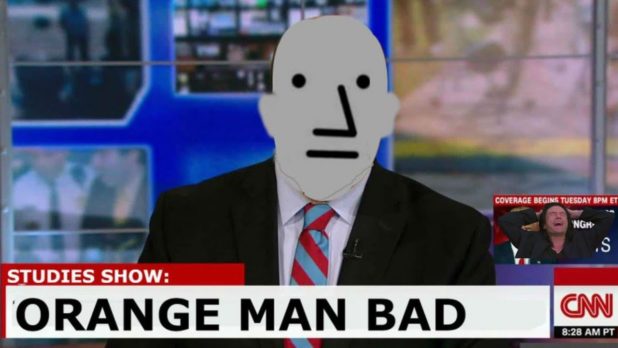 WHY DID THE MSM NOT WARN THEIR READERS?

Establishment media readers, you know the ones that could starve to death but will be surrounded in toilet paper when they do, can only blame themselves for trusting the MSM, and the MSM itself for refusing to prepare and warn their readers because they were too busy focusing on IMPEACHMENT!!!, which they knew the whole time was the wasted effort it proved to be in the end.

That is the answer in a nutshell to the bullet point question…. they didn’t want to spend time on some deadly pandemic, because all they cared about was harming President Trump, because….wait for it….. ORANGE MAN BAD!!!!!!!!

‘AMERICA NEEDS JOURNALISTS’ BECAUSE ‘WE DON’T HAVE ANY RIGHT NOW’

“America Needs Journalists” is a saying on a sweatshirt, shared by CNN’s Chris Cillizza,in an apparent attempt to convince social media users that the establishment media is “needed” and necessary, while ignoring how badly they have failed, not only over the course of the past three years, but failing spectacularly during the pandemic

Many social media users agreed with the shirt, but not for the reasons Cillizza wanted.

Spot on, entertaining responses to his complete self-UNawareness, include but are not limited to;

• This shirt is accurate. America needs journalists. We don’t have any right now.

• So when is CNN going to start hiring them????

• So does @CNN , why dont you quit so one can take your place, Hack!

• We do need journalists, because the ones we have now are just worthless activists. Someone, send us some real journalists!!

I don’t think that thread went quite like he wanted it to go.

Then again, when his colleague, Jim Acosta, gets owned on the same day by President Trump by asking a “nasty, snarky” question (video below), shows clearly why more and more people are awakening to just how incompetent the establishment media has become.

The establishment media cares more about their political agenda than they do American lives.

That is the bottom line.