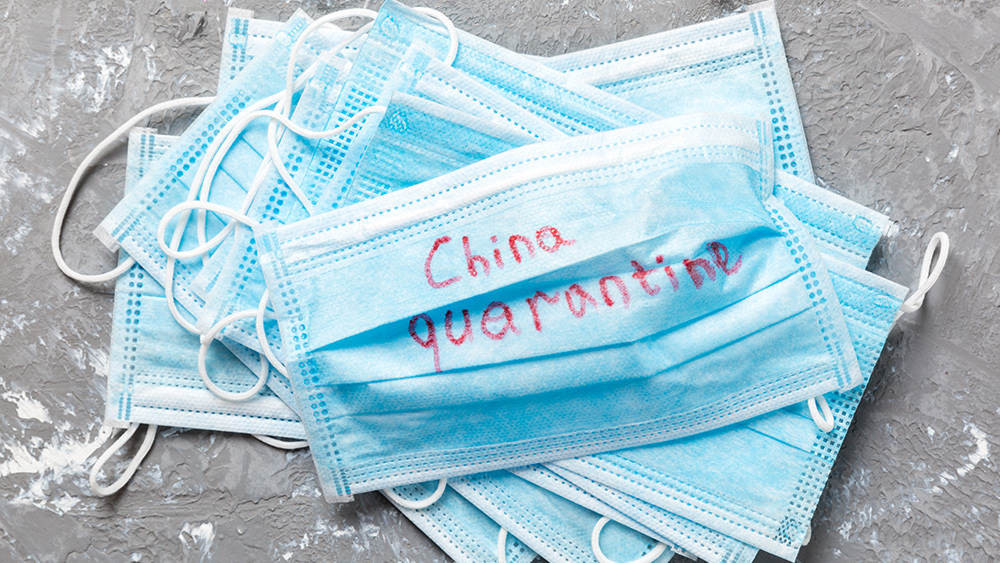 Authorities all over the world are encouraging social distancing as a means to stop the spread of the highly contagious coronavirus (COVID-19) pandemic. Now, two separate studies show how the pandemic could have been slowed down when it broke out in China if social distancing practices were implemented earlier.

To see how governments can better respond to the pandemic, two separate studies have taken a look at how China initially handled it. Both indicate that the number of infections could have been much lower — by as much as 95 percent according to one of the studies — had the country implemented social distancing earlier as asymptomatic carriers pose a much more significant risk.

As the source of the SARS-CoV2 coronavirus responsible for the outbreak, it also has the largest number of confirmed cases at over 81,000 at the time of writing. In one of the studies, however, researchers estimated that the numbers could have been as high as 114,325 by the end of February.

To take a closer look at how effective China’s containment strategy was and how it could have been better, a team at the University of Southampton in England built a travel network-based susceptible-exposed-infections-removed (SEIR) model to simulate the outbreak across cities in mainland China. The model was then combined with historical and real-real-time human movement data from location-based services run by Chinese tech company Baidu.

Using the simulation, the team gauged the effectivity of the various non-pharmaceutical intervention (NPI) strategies used by China, such as quarantines and social distancing. Here, the team figured that, without the NPIs, there would have been a 67 percent increase in the number of cases. However, the study also found that had China implemented these measures one, two or three weeks earlier, it could have reduced the number of infections 66, 86 and 95 percent, respectively. This is on top of reducing the number of areas affected by the outbreak.

What’s more interesting is that the researchers also looked at the effectivity of the individual NPIs. Of the various methods, it was early detection and isolation of cases that proved to be more effective. This finding is in line with what’s happening in China’s close neighbor South Korea, which has largely kept its outbreak under control, thanks to a massive testing spree but no travel lockdown.

That said, the team isn’t downplaying the effects of China’s lockdowns on its cities. The team stated that a strategy of coordinated NPIs has the strongest and most rapid containment of the outbreak.

“Our study demonstrates how important it is for countries which are facing an imminent outbreak to proactively plan a coordinated response which swiftly tackles the spread of the disease on a number of fronts,” added Dr. Shengjie Lai, a research fellow at the University of Southampton and one of the authors of the study.

The results of the study at the University of Southampton line up with those of another study recently published in the journal Science. This study focused on undocumented cases of COVID-19 in China and how they helped spread the infection before the authorities could contain it.

These undocumented cases consisted of people who either had only mild symptoms of the disease or no symptoms at all. According to researchers at the Columbia University Mailman School of Public Health who conducted the study, these cases can expose a far greater portion of the population to the virus than would otherwise occur.

To asses the full epidemic potential of the coronavirus, the team used a computer model to estimate the proportion and contagiousness of these undocumented cases during the weeks before and after China’s lockdown of the city of Wuhan. In this model, the spread of the coronavirus across cities was then simulated using the mobility data collected by Chinese form Tencent from January 10 to 23 and January 24 to February 8.

“The explosion of COVID-19 cases in China was largely driven by individuals with mild, limited, or no symptoms who went undetected,” stated co-author Jeffrey Shaman, professor of environmental health sciences at Columbia University Mailman School.

“These stealth transmissions will continue to present a major challenge to the containment of this outbreak going forward,” Shaman added.

In late January, China implemented a number of measures to stop the spread of the coronavirus, including implementing lockdowns of cities such as Wuhan. The researchers acknowledged that these, alongside the public’s heightened awareness of the outbreak and increased use of personal protective measures, have helped slow the outbreak down.

Coronavirus could become endemic, and return like seasonal flu

Despite the measures implemented by China, the number of undocumented cases and their effectivity at spreading the virus has made the researchers question whether or not efforts by the Chinese government would be enough to contain the spread of the virus entirely. Shaman said that he felt it was unclear whether the reductions made by China’s efforts would be enough to fully stem the spread of the coronavirus.

He then likened the ongoing pandemic to the 2009 H1N1 influenza pandemic. Also known as the “swine flu,” the Centers for Disease Control and Prevention (CDC) estimated this pandemic killed around 284,500 people. Shaman then stated that the COVID-19 pandemic, which has only killed 3,213 as of the time of writing, would end up following the pattern of the swine flu pandemic, which would make it the fifth endemic coronavirus in humans.

The four current endemic coronaviruses, including the two responsible for the 2003 to 2004 SARS outbreak, are currently responsible for an estimated one-quarter of all colds.  If this new one does join them as the fifth, then COVID-19 could repeatedly return like the seasonal flu.

“This is going to be with us for some time – it’s endemic in human populations and not going to go away without a vaccine,” said Amesh Adalja, an infectious-disease expert at the Johns Hopkins Center for Health Security, earlier this month.

Adalja also warned that the early spread of the coronavirus in the U.S. could have been facilitated by it being mistaken as seasonal flu, resulting in people not getting tested. With the new studies then, the scientists are hoping that the mistakes in China aren’t continued in other countries and that the early, undocumented spread of the disease is arrested through early testing and social distancing. That, and if the coronavirus ever returns seasonally in the future, health officials are better prepared to deal with it.