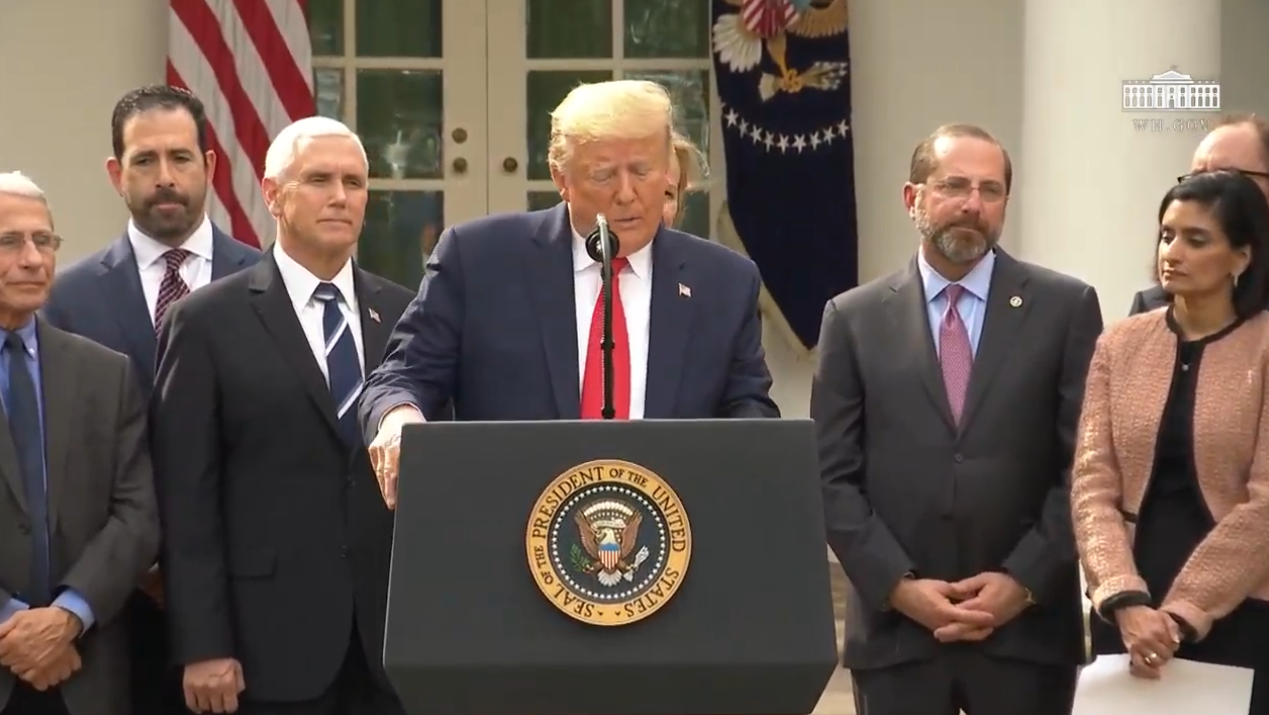 As Natural News predicted would happen over a week ago, President Trump today declared a national state of emergency in the national fight against the coronavirus epidemic.

“To unleash the full power of the federal government today, I am officially declaring a national emergency,” he said today.

“I am urging every state to set up emergency operation centers effective immediately.”

According to President Trump, this new declaration will free up $50 billion of “very important money for states” and territories.

The FDA is rapidly approving new coronavirus tests from Roche and Thermo-Fisher. Trump says an additional 1.4 million tests will be available early next week, followed by 5 million more tests “within a month.”

This is on the heels of the total failure of the U.S. government to make functional tests kits available in America, with the CDC now having lost any last shred of credibility after botching the first wave of test kits in early February. To this day, doctors across America are still screaming and begging for coronavirus tests.

Trump announced Coronavirus.gov would be the website that provides information to the public.

– Waived interest on all student loans held by government agencies.

– Instructed the Secretary of Energy to purchase large quantities of crude oil to store in the U.S. Strategic Reserve.

Further, another spokesperson announced an order to temporarily restrict all visitors to nursing homes across America.

Here’s how the epidemic is now exploding across America, mostly in left-wing cities run by Democrats:

Trump’s speech was then followed by heaps of Big Pharma propaganda from some woman speaking for HHS who claimed the “private sector” would save the world.

Mike Pence also continued to repeat his wildly false claims that everybody in America who needs to be tested can be tested right now. It’s a lie.

The woman from HHS (Dr Deborah Birx?) announced a “new approach to testing” — a whole new screening website run by Google, which Trump says is being built by 1,700 Google engineers — no doubt the same engineers who continue to censor and silence the very same independent media that was weeks ahead of everybody else in telling the truth about this pandemic. There was no mention of whether Google would use this power to spy on the private health care test results of millions of Americans.

In effect, Trump just handed yet more power to Google, one of the most evil, vicious and Orwellian corporations that has ever existed on the planet. Why can’t the U.S. government run its own website? Because the CDC is incompetent and clueless.

From a medical standpoint, this “new approach to testing” is a disaster. It’s only tests those who currently show symptoms. According to a chart displayed during the live address, people who do not currently show any symptoms will not be tested. This is an enormous mistake and will allow asymptomatic carriers to further spread the coronavirus across America.

In effect, America will be “chasing infections” rather than preventing them.

What was completely missing from today’s live address was even a single mention about nutrition, nutraceuticals or natural strategies for boosting immune function and preventing the spread of the virus using solutions that are available right now. While China is studying vitamin C as a safe, affordable treatment against coronavirus, the USA is run entirely by the corrupt, toxic pharmaceutical industry.

This entire thing is being run by Big Pharma and the retailers that sell pharmaceuticals (Wal-Mart, Target, CVS, Amazon, etc.).

With this pandemic, America has truly become a “pharma state” under the complete control of the pharmaceutical giants.

Here’s my video from three months ago which explains all this:

Stay informed by reading Pandemic.news. Be ready to shelter in place for 60 days or more. Read Survival.news for survival advice that can help save your life.