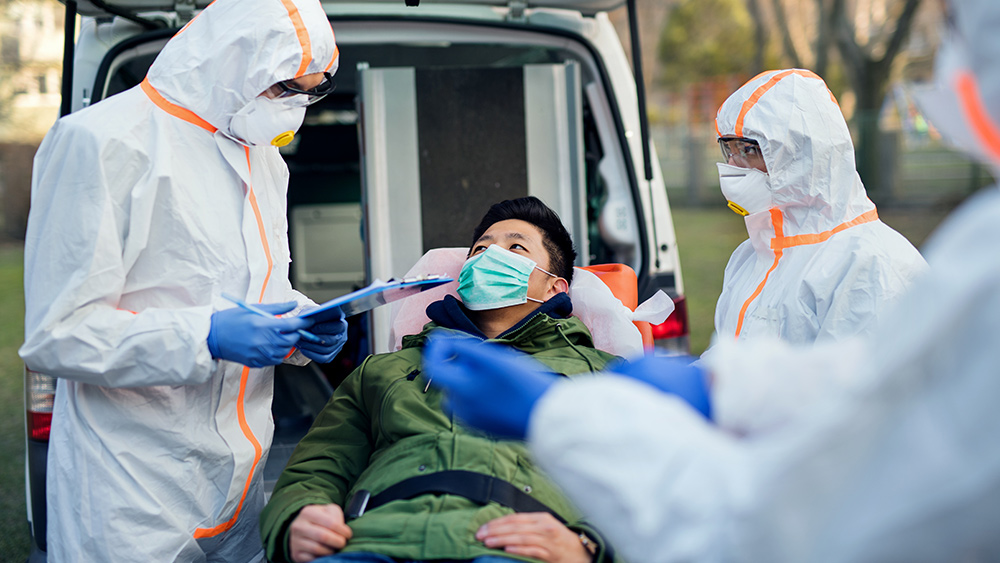 Just days after the state of Washington declared an emergency over the outbreak of the Wuhan coronavirus (COVID-19) following two related deaths, federal officials at the U.S. Citizenship and Immigration Services in Seattle announced they are closing that office after an employee began exhibiting “flu-like symptoms.”

While coronavirus isn’t the “flu,” it is a respiratory illness that mimics influenza and, thus, given the fact that the virus has already been detected in the state — and people have died — it’s only prudent that immigration officials close up shop and protect themselves.

Plus, as the co-director of the USCIS noted, the employee in question was likely exposed.

Acting Deputy Secretary Ken Cuccinelli wrote on Twitter that the employee had visited nursing homes in Kirkland four days ago; the homes had been dealing with several COVID-19 cases.

He noted that the employee was probably exposed on Feb. 22, becoming ill just four days later.

“The office closure is effective immediately & employees are being directed to telework if they are able. There are also ICE, CBP, and FPS employees at the same facility, and all of them have received the same instructions,” Cuccinelli noted, adding that the employee visited the nursing homes before knowing that patients there had become infected with coronavirus.

So this begs the question: How many more government offices — in Seattle, sure, but elsewhere — are going to fall prey to the outbreak? Because the more offices that close, the less able the government will be to handle its daily business. (Related: How The Pandemic Crisis Will Probably Develop Over The Next Year, by Brandon Smith.)

The closure of the USCIS office came as health officials noted that an Amazon employee in Seattle also tested positive for the virus.

Again, The Epoch Times reported, citing an internal email the news service managed to obtain, the employee went home from work “feeling unwell” Feb. 25 and has not yet returned to work. A March 3 message said that Amazon has since received word that the employee tested positive for COVID-19.

“We’re supporting the affected employee who is in quarantine,” Amazon told The Epoch Times in confirming the illness.

In the company internal email, executives said that everyone who worked with or in proximity to the sick employee — defined as being closer than six feet over a prolonged period of time — has been notified.

“The risk of transmission for employees who were not in close contact with this individual is assessed to be low,” the internal email said.

Meanwhile, in a prelude to what could happen soon in the United States, several other countries are reported to have taken drastic measures in an attempt to stop the spread of the virus, The Epoch Times noted:

— Saudi Arabia has banned citizens from engaging in the traditional Muslim pilgrimage in Mecca;

— On Friday, Iran canceled prayers for a second week.

“From religion to sports, countries are taking drastic and increasingly visible measures to curb the new coronavirus that first emerged in China and is spreading through Europe, the Mideast, and the Americas,” the Times reported.

So far, the total number of cases in the United States remain low, especially in comparison to other countries and especially when you consider there are more than 327 million people in the U.S.

As of this writing, 148 people are known to have been infected in the United States, and while that figure is indeed low, the virus is still having an outsized effect. How many infections will it take for governments on the state and local level to order quarantines, mass closures of offices and schools, and curbs on other activities?