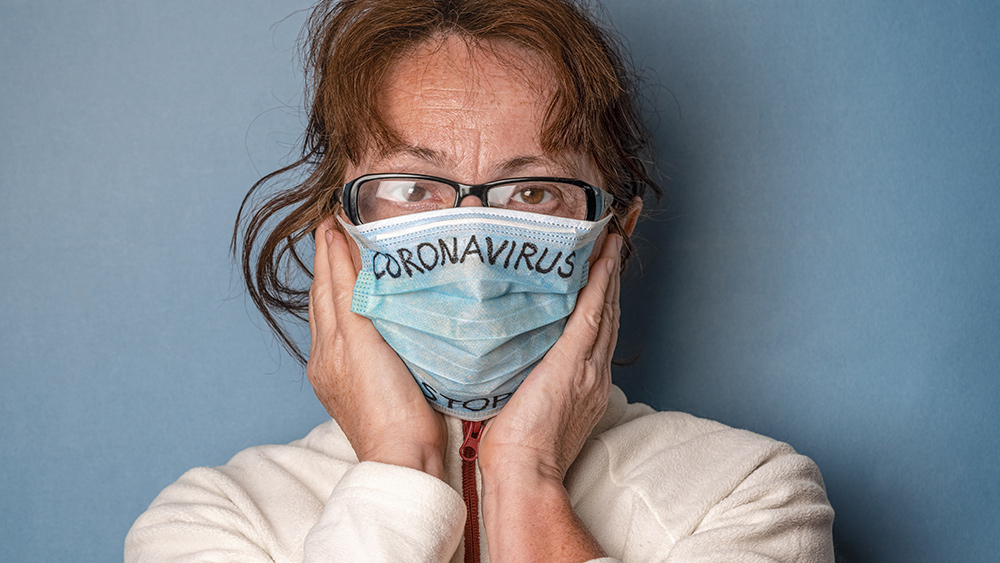 China was the perfect playground for a lab-created virus to break containment. Sequencing of the virus shows that it was a manipulated strain, pieced together with virulent properties from SARS, MERS, and HIV. It doesn’t matter what the authorities say about its origin, whether it came from bats or the illegal animal markets in China; all the confusion and pandemonium began in China and has set the stage for authoritarians and sociopaths to deceive and take advantage of people throughout the world. China has at least a hundred million people in some form of lock down and Chinese citizens and healthcare workers are being censored or persecuted for speaking out about what’s happening.

The virus has become a tool, an opportunity for authoritarians to seek control

Before Chinese authorities declared an outbreak, the country was experiencing widespread upheaval, with revolutionaries challenging the communist authorities in the city streets. The Chinese government needed a reason to clear the streets, to take complete control over the people with fear and force. China was fertile ground for an outbreak, for an oppressive government to take over, to round people up, but we’re all told to blame the virus…

Heavily-polluted Chinese cities provide the perfect cover for the coronavirus narrative. Physicists from the University of California, Berkeley, calculated that 1.6 million people in China die each year from heart, lung and stroke problems caused by China’s heavily polluted air. This level of pollution has set the stage for wide scale weakness of heart, lung, and immune system health. China is fertile ground for an outbreak, as viruses can readily take advantage of immune-compromised populations. But we’re told to just blame the virus…

Wuhan, the city where the outbreak was first declared, had previously unleashed 5G wireless technology one month before people began falling sick with “flu-like” illnesses. Wuhan, on its way to becoming a “smart city,” was one of the first cities to test out its new grid of millimeter wave microwave radiation. 5G has been banned in some cities because it can cause “flu-like” illnesses and has been documented as a source of chromosomal breaks in DNA, oxidative damage to cells, and much more. Wuhan was fertile ground for respiratory viruses to take advantage of the population, because many unknowing people were having their innate immune cells oxidized by an influx of wireless radiation. But we’re told to just blame the virus…

How long will the pandemonium of this virus continue and will the panic equally apply to other viruses in the future?

How many people die annually from complications with the flu, pneumonia and sepsis? How many people around the world are suffering from vaccine-derived polio? What about typhus and hepatitis spreading in California? Why do children suffer from acute flaccid myelitis and RSV? In the future, will every fever and respiratory virus be treated with such authoritarian force and hysteria? Why are we supposed to fear this virus, more than all the others? It’s all about control.

The World Health Organization, praising China for its pandemic response, has inadvertently pressured governments around the world to take advantage of the pandemonium, to exert force and control. In America, the news media has broadcast nonstop fear, coaxing the federal government to respond in “heroic” fashion.

Trying to keep the markets from plummeting, the Trump administration has enacted the strictest quarantine measures in American history; it’s all a charade of protection because the immune-compromised American population are sitting ducks anyway. The Trump Administration is falling in line and giving the CDC over $8 billion to come up with a vaccine and to pump out new antiviral drugs that will inevitably resemble dangerous and ineffective Tamiflu. By the time the vaccine comes around, the number of coronavirus cases will inevitably have trickled down, like all historical incidences of infectious disease, but the vaccine will be heralded for saving humanity (like polio vaccines were).

As the media tells us all to be afraid of a virus, governments and pharmaceutical companies are taking this as a great opportunity, an opportunity to control people, mentally and physically, and to exploit our faith, as everyone looks to them for the answers. The world need not fear a new novel coronavirus. The world should be wary of the loss of liberty and mobility that may result from this pandemonium: mandatory vaccine laws enacted by a fully-funded WHO and a paramilitary CDC. We should fear the invention of National IDs, driver’s licenses and/or passports that require everyone to submit to vaccines. We should be repulsed by the potential for roadside checkpoints and airports that could require vaccine administration and further testing of people’s body fluids. We should be wary that authoritarians will put cities and public events on lock down or how the military could be used to round people up or quarantine individuals over a fever. Because of the hysteria and pandemonium, we are slowly losing the freedom to congregate and the ability to travel abroad.

These extreme measures will further convince people that the virus is dangerous, that we all need to secure order, but this authoritarian approach and its effects do not confirm that the virus is the problem or that those in charge are of goodwill.  The virus is an opportunity, a tool for sociopaths and authoritarians to exert mass control.