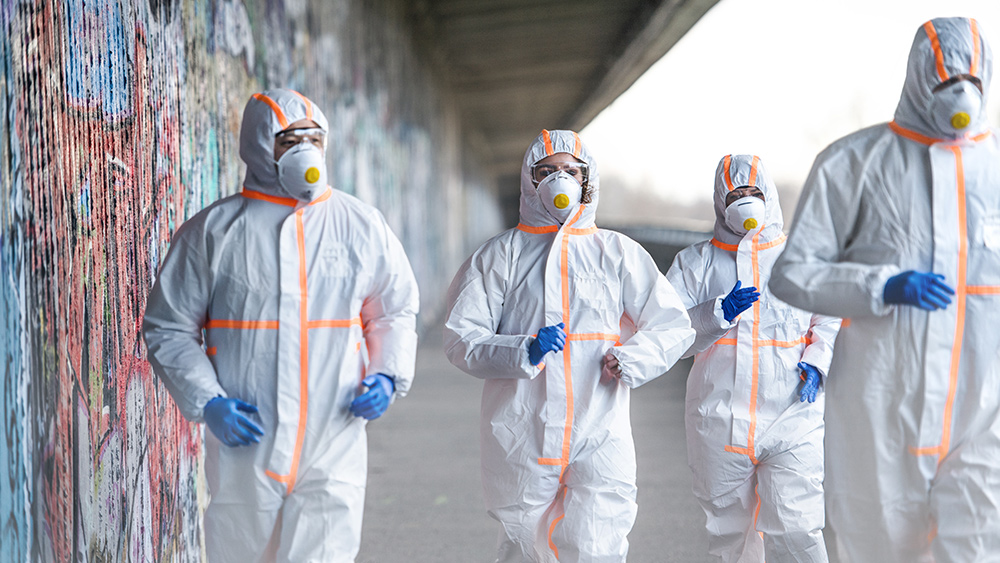 Over 6,000 people are now being held onboard a cruise ship just off the coast of Mexico after it was forced to skip the last two stops on its itinerary in the Caribbean due to suspected COVID-19 infection among its passengers.

The vessel, MSC Meraviglia, is now docked on Cozumel Island off the coast of Quintana Roo, Mexico’s easternmost state. Operated by global cruise line MSC Cruises, the ship was turned away by ports at Jamaica and the Cayman Islands after it was discovered that a crew member has manifested flu-like symptoms.

The crew member, MSC said in a statement, boarded the ship in Miami after traveling from the Philippine capital of Manila ?– the site of the first COVID-19 death outside of China.

The crew member tested positive, not for the dreaded coronavirus, but for the common seasonal flu.

According to an MSC spokesman, the crew member remains in stable condition and is now nearing recovery after receiving antiviral treatment and medication. However, he remains in “isolation” from the rest of the vessel’s passengers.

“Out of precaution he was isolated from other crew members and guests from the moment that he showed symptoms and will remain so until he is fully recovered,” the spokesman said, adding that no other person on the vessel has manifested similar symptoms.

The 171,598-ton ship ?– once considered to be the sixth largest cruise ship in the world ?– was scheduled to complete a 15-day cruise in the Caribbean, with stops at Jamaica, the Cayman Islands, Mexico, Bahamas, Belize and Honduras, before returning to Miami.

Despite the setback due to the virus scare, things have remained relatively normal on the vessel, with photos uploaded by passengers showing that people are still allowed to roam freely around the deck.

According to Quintana Roo state governor Carlos Joaquin, while entry into the port had been granted to the vessel “due to weather conditions,” permission for its passengers to disembark would only be given once medical officials confirm that no one on board had contracted the deadly COVID-19 virus, which has infected 83,368 and killed 2,858 in China alone.

Mexican President Andres Manuel Lopez Obrador, in one of his daily press conferences, stated that although it was important to uphold medical standards, the country “would not succumb to hysteria” surrounding the virus.

“We cannot close our ports, our airports,” Lopez Obrador said.

This comes after an incident wherein a small group of Cozumel residents gathered near the cruise ship dock, demanding that the ship’s passengers not be allowed to disembark, citing fears about the coronavirus and its possible effects on the island’s tourism-dependent economy.

Mexico has no confirmed cases of COVID-19 as of press time.

The MSC Meraviglia’s case comes after the recent fiasco surrounding the Diamond Princess.

A cruise liner operated by Princess Cruises, the vessel was put under quarantine by the Japanese government for two weeks in February after a coronavirus outbreak was detected on board.

The quarantine was largely criticized as being “unethical” and “ineffective,” as it allowed the crew ?– some of whom were already potentially infected ?– to continue serving the vessel’s 3,700 passengers.

“We suspected some of the cruise staff may have already been infected, but they had to operate the cruise ship itself, they had to see the passengers, they had to deliver the meals,” said Dr. Norio Ohmagari, director of Japan’s Disease Control and Prevention Center.

According to current statistics, at least 705 people were infected during the quarantine period, of whom four have died. (Related: SHOCK: Leaked documents reveal Wuhan coronavirus infections up to 52 times HIGHER than official Chinese figures.)

Those infected include at least 138 Indians, including 132 crew and six passengers, 35 Filipinos, 32 Canadians, 24 Australians, 13 Americans, four Indonesians and two Britons.

Many countries, including Canada, Australia, the U.S., the Philippines, Indonesia, Hong Kong and the U.K., have arranged measures to evacuate their citizens and quarantine them in their respective countries.

As of press time, the ship remains under lockdown at the Port of Yokohama in Japan.

Get the latest news on the dreaded coronavirus outbreak at Outbreak.news.