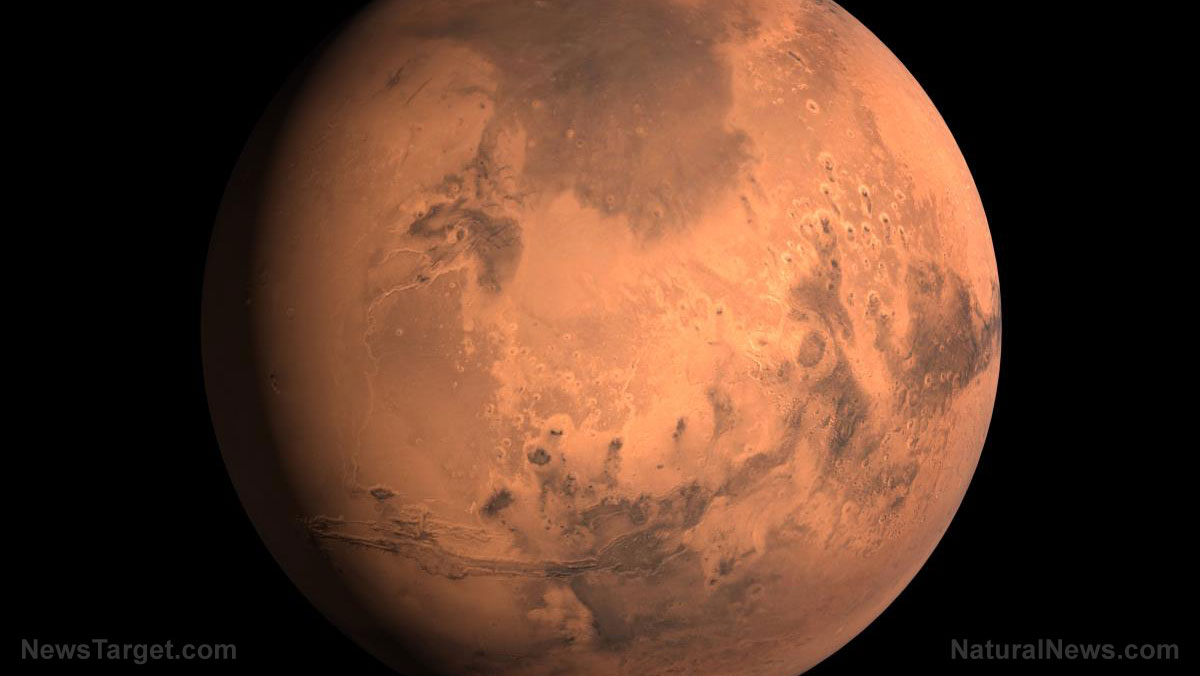 When future astronauts finally land on Mars, they may find that they’re not the only living things on the planet. A new study from researchers from Wichita State University in Kansas, NASA’s Jet Propulsion Laboratory in California and the Space Science Institute in Colorado show that bacteria could possibly lie dormant under the surface of the Red Planet.

During the study, the researchers demonstrated that salt-tolerant bacteria can survive being dried out and then rehydrated by humidity. While the two species of bacteria used in the study came from Earth, it does show that similar bacteria could possibly survive on Mars.

Dried out bacteria could be revived by Martian humidity

The researchers selected two salt-tolerant bacteria species, Halomonas and Marinococcus, based on the assumption that surface salt would be able to attract enough water to form brine where the bacteria can survive. To test this, they placed samples of the bacteria inside airless vacuum containers for two hours, using water-absorbing chemicals to dry them out.

Once the bacteria were dried out, they were sealed inside Mason jars alongside either a water or salt solution. Here, researchers found that the dried bacterial cultures absorbed enough water from the humidity in the jar to form a briny liquid. At this point, they found that some of the bacteria had been revived.

While not all of the bacteria survived the process, over 50 percent of them did, and went on to reach high culture densities.

“Ours is the first demonstration of microbes surviving and growing after being dried and then re-wetted with humidity only,” said Wichita State biologist Mark Schneegurt.

The study posits that a similar process may be happening on a daily basis on Mars’ surface. Despite the planet’s seemingly arid climate, it’s humidity can rise as high as 80 to 100 percent at nighttime, before falling during the day. This adds to the growing body of evidence that Mars can support life, or at least it used to, some time ago.

According to Schneegurt, not only does the study raise the possibility of bacteria surviving on the surface of Mars, it can also help broaden the search for life on other planets. Stars, including our Sun, have a habitable zone where the distance from the star and the temperature is just right to support life.

With the current definition, Mars sits just outside the Sun’s habitable zone. However, the results of the study can lead to this habitable zone’s expansion. This would not only add Mars into it, but it would also include any other extra-solar icy planets that may be discovered in the future. (Related: Mars discovery almost certainly proves life exists on other planets.)

The key to all this is water, as life requires liquid water to exist. Previously, it was thought that icy worlds didn’t have enough liquid water to provide for life. However, the study shows that these planets may be able to support bacterial life if their humidity levels are high enough, as seems to be the case with Mars.

Even if life doesn’t exist on Mars or these other icy planets, the study also raises a way for how bacteria could end up reaching those planets.

Bacteria from Earth could contaminate Mars

This threat of contamination isn’t just limited to Mars. It also applies to other icy planets that we may eventually visit in the future. With this in mind, NASA and other space exploration agencies may have to tighten up their procedures, especially as the latter looks to boost spending on future Mars exploration programs.