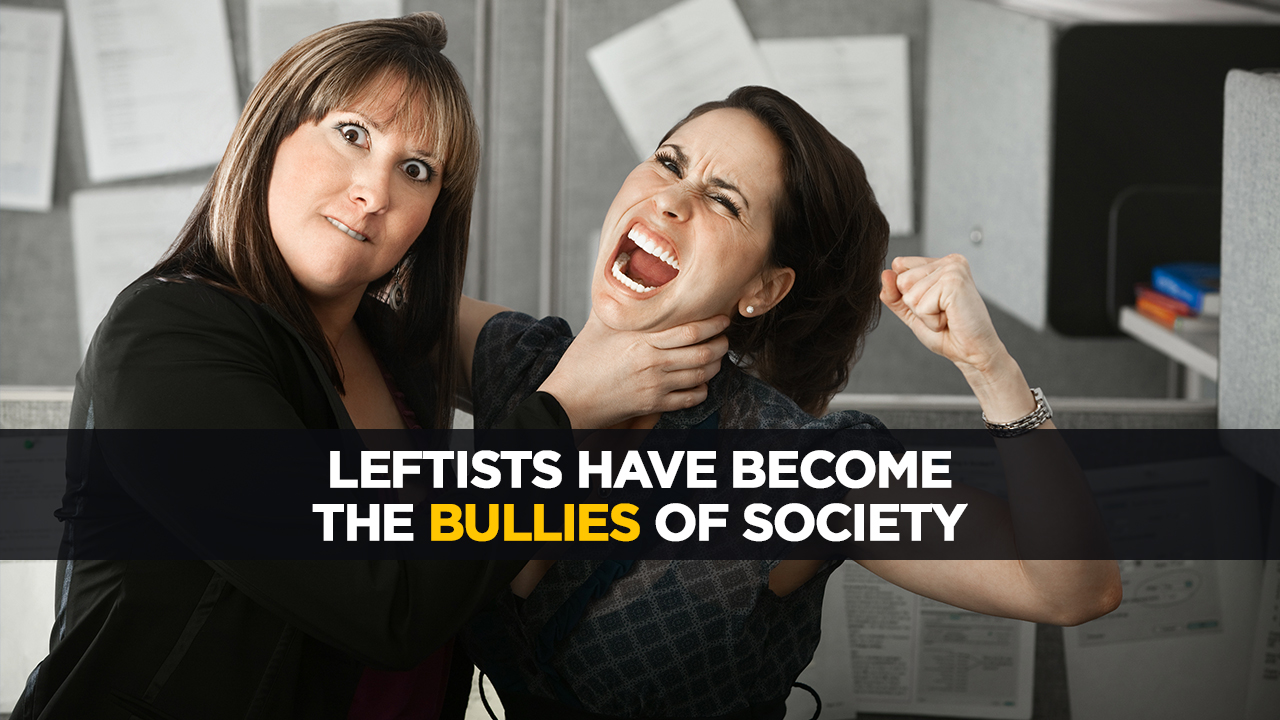 We’re constantly being told we’ve hit peak oil, which is depressing news — although it’s usually delivered to me by the same people who told me the ozone layer would be so depleted by now that I’d get skin cancer after ten minutes outside without a lead-lined suit.

However, there’s one thing I get the feeling we’ll never hit: peak crazy college leftist.

The latest mother lode of insanity comes from Arizona State University, where police are reporting a male individual is under investigation after being caught on camera allegedly “making threats” to conservative students, police there have said.

“We are aware of a video circulating on social media where an individual appears to be making threats. We are working with the University to address the matter,” ASU police tweeted.

We are aware of a video circulating on social media where an individual appears to be making threats. We are working with the University to address the matter.

It wasn’t clear whether the individual was a student or not.

ASU’s Students for Trump shared the video online on Thursday, which shows an articulate, measured, completely sane young man engaging in Socratic dialogue with members of the organization.

Specifically, he said he wanted to “slash Republican throats.”

But don’t worry — he wanted to slash the throats of  “Every f—ing Republican! S–k my f—ing b-lls! Slash Republican throats! Slash fascist throats!”

WARNING: The following video contains graphic language that some viewers will find offensive.

Watch as a tolerant leftist threatens to “slash the throat” of @realDonaldTrump and every Republican.

We will NOT let the left silence us! @TrumpStudents #KeepAmericaGreat 🇺🇸 pic.twitter.com/PZcTLhR6MK

Congratulations on doing a fantastic tryout for Atari Teenage Riot, but other than that there’s really nothing that’s going to generate sympathy or support here. If he didn’t realize he wasn’t going to be recorded by a cell phone camera, well, we live in the year 2020 when pretty much everything is, so good work there.

“We will NOT let the left silence us!” Students for Trump tweeted.

Turning Point USA founder Charlie Kirk, meanwhile, retweeted the video while pointing out how this is nothing new.

Just wait until Trump gets re-elected!

“This is the type of violence our students face every single day,” Kirk wrote.

“Just wait until Trump gets re-elected!”

Well, I mean, we’ll never hit peak crazy college leftist but I don’t think anyone is going to be prepared for the kind of massive oil-field of crazy we’ll discover if Trump gets elected to a second term.

The greatest irony here is that this is the kind of thing that Donald Trump gets accused of by leftists on a daily basis. His rhetoric, they say, is inciting people to violence. Any actual examples of this usually aren’t forthcoming or tenuous at best.

Meanwhile, videos like this show up and we’re told there’s nothing to see here. Of course. Actual incitement to violence can apparently get overlooked so long as the individual involved has the right sort of political views.