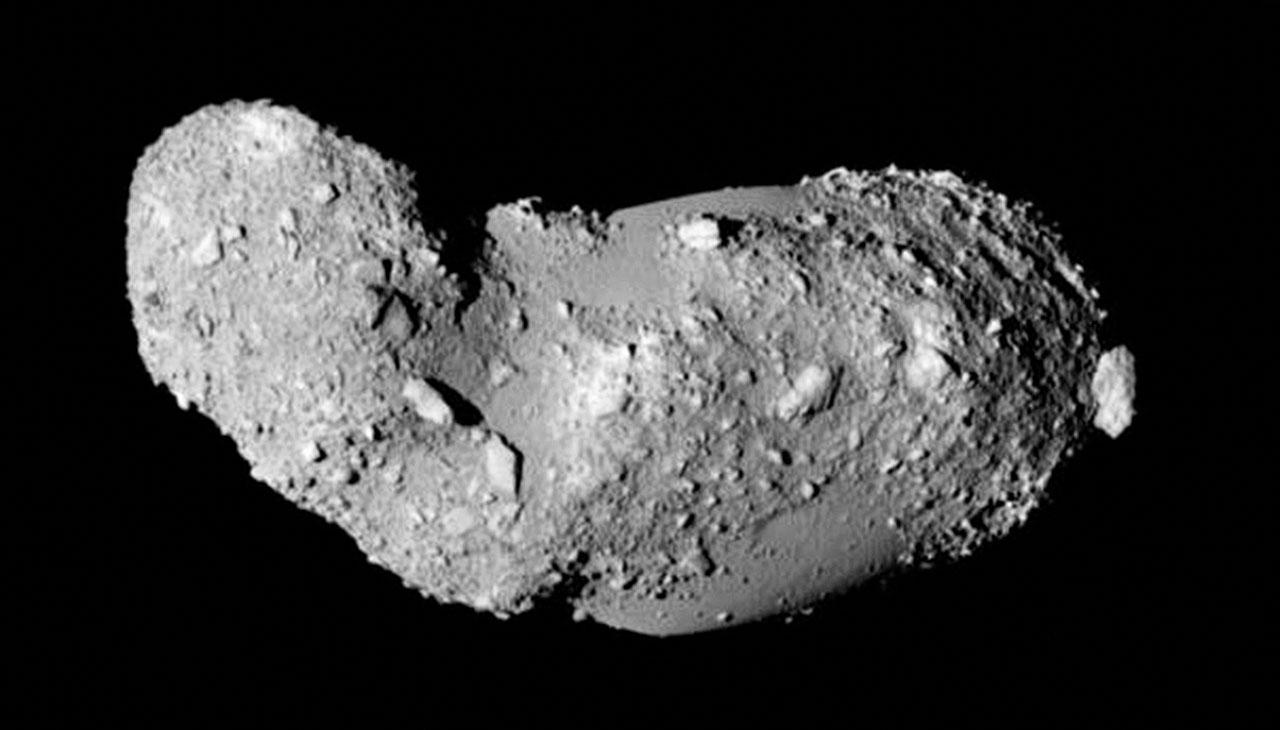 Constructed images from NASA reveal an “ice mountain” on Ceres, a dwarf planet orbiting within the asteroid belt between Mars and Jupiter.

The pictures were taken by the now-retired NASA spacecraft Dawn back in 2015. The images of Ceres it transmitted featured mysterious “bright spots” on the surface of the dwarf planet. One of these spots is the ice mountain, now known as Ahuna Mons. NASA has even stated that Ahuna Mons is “the largest mountain on the largest known asteroid in our solar system.”

While NASA scientists are still unsure how Ahuna Mons was formed, their leading hypothesis is that a bubble of mud rose from deep within Ceres and pushed its way up into the surface of the dwarf planet. The low number of craters on the mountain suggests that it’s relatively young, as older formations would most likely bear signs of age, such as through impacts with smaller asteroids. Previous research on Ahuna Mons suggests an age of around 200 million years old.

Previous understandings of how dwarf planets such as Ceres form made this discovery baffling to scientists, as they believed that Ceres would have cooled and solidified quickly after its formation, preventing this kind of internal activity. Ceres, like the rest of the solar system, is around 4.56 billion years old. Ottaviano Ruesch, a planetary geologist and lead author of a study on Ahuna Mons, said that “interior activity so late in the history of the body was not thought to be possible.” This is why Ruesch and his team were surprised when they concluded that the conical shape of the mountain and the bright streaks of salt detected on its slopes were due to volcanic activity.  (Related: Liquid water on Pluto? Gases trapped in a layer of ice could be what keeps an underground ocean from freezing, report researchers.)

The researchers, who published their study in the journal Nature Geoscience, analyzed Dawn’s maps of the gravity field of Ceres. This gravity map revealed a lot of details about the dwarf planet that would have otherwise remained hidden. Previous analyses of the gravity fields suggested that Ceres had a mantle layer filled with liquids. The new research from Ruesch and his team suggests that the layer is instead made up of a muddy mix of salty brine and solid particles.

The mysteries of Ceres

These discoveries have led scientists to speculate on Ceres’ ability to support life. While they do not indicate that life can sprout in the dwarf planet, scientists now question whether Ceres can potentially be made habitable. Scientists even believe that they discovered organic material on the surface of Ceres back in 2017. This was confirmed in a 2018 analysis that said the patches of organic material on the surface might have a higher abundance of carbon-based compounds than was initially estimated.

At the very least, the findings of Ruesch and his team are enlightening, and they provide more questions for future research projects to answer. Scientists need to learn how it’s possible for dwarf planets like Ceres to still have activity in its interior, and Ruesch and his team want to understand why the slurry extrusions that formed Ahuna Mons is so different from the water-dominated volcanic activity in other icy satellites. Lastly, perhaps future research can finally explain how organic matter came to be on Ceres. The answer to that question may help NASA scientists answer if the dwarf planet is a viable candidate for habitability.